Tennessee law allows all voters 60 years or older to vote with an absentee ballot, as well as people who who cannot vote because of illness. 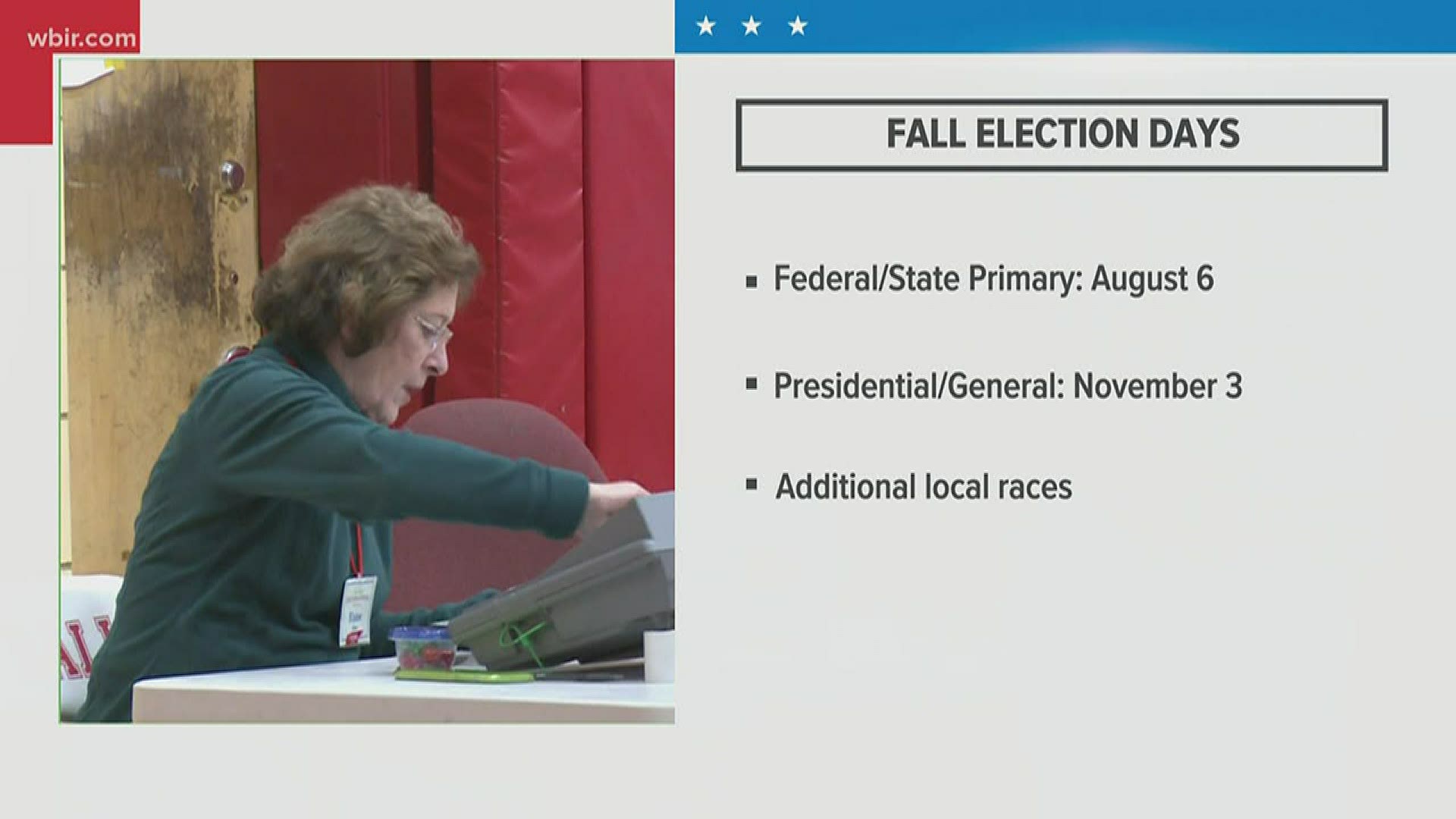 NASHVILLE, Tenn. — Eligible Tennesseans can now request an absentee ballot to vote by mail in the Aug. 6 election.

According to a news release from the Secretary of State’s office, Tennessee law allows all voters 60 years or older to vote absentee. Other people who are allowed to vote absentee include those who will be outside of the county, those who are serving on a jury, members of the military, and those who cannot vote because of illness and their caretakers.

Several groups have sued the state seeking to allow any voter to cast an absentee ballot this year over fears in-person voting could spread the coronavirus.

Instructions to request an absentee ballot can be found on the Secretary of State's website.

RELATED: With COVID-19 still lurking, many have option to request absentee ballot for August election

RELATED: 'It's tough' | Election leaders working to ensure safety at the polls this fall