The American Civil Liberties Union of TN sent Governor Bill Lee a letter urging him to veto S.B. 8005, which would change several rules around peaceful protests. 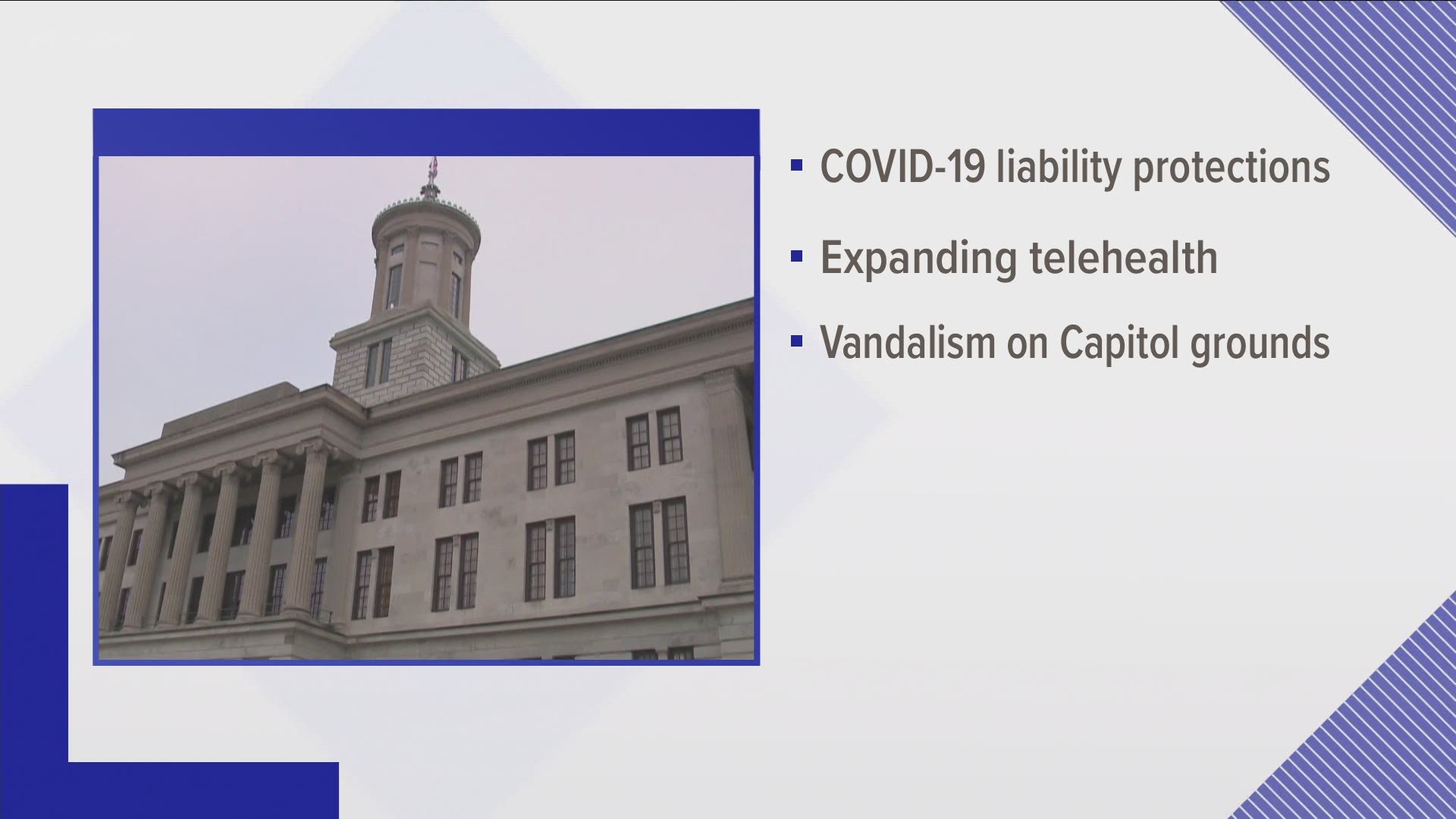 KNOXVILLE, Tenn. — The American Civil Liberties Union of Tennessee called for Governor Bill Lee to veto a bill on Friday, sending him a letter urging him to stop S.B. 8005 from becoming law.

The bill would make several changes to the rules surrounding peaceful protests. It allows the attorney general to investigate and prosecute crimes if a state employee is the victim of a crime during a protest, if state property is damaged or if state government administration was delayed.

The ACLU said that the bill would curtail Tennesseans' free speech rights in the letter they sent to the governor.

"Under the guise of protecting our first responders, this bill attacks our free speech rights, intentionally chilling the act of protesting by threatening those individuals with overly harsh criminal penalties," they said in the letter.

The ACLU said the addition of mandatory minimum sentences for some crimes would cause the incarceration rates to grow. They said Governor Bill Lee ran on a platform against higher incarceration rights.

"While the state has a responsibility to maintain public safety, Tennessee already has laws that punish the behavior described in SB 8005, highlighting how unnecessary this legislation is for any legitimate public safety purpose," the group also said in the letter.

Gov. Lee: One month ago, you ordered flags to be lowered to honor Rep. John Lewis.

Were he alive, we're confident that Rep. Lewis would be standing with protesters & joining us to urge you to protect free speech in TN.