Currently, the Tennessee Constitution bans slavery except as a form of criminal punishment for inmates. If signed by Governor Lee, it will be on the 2022 ballot. 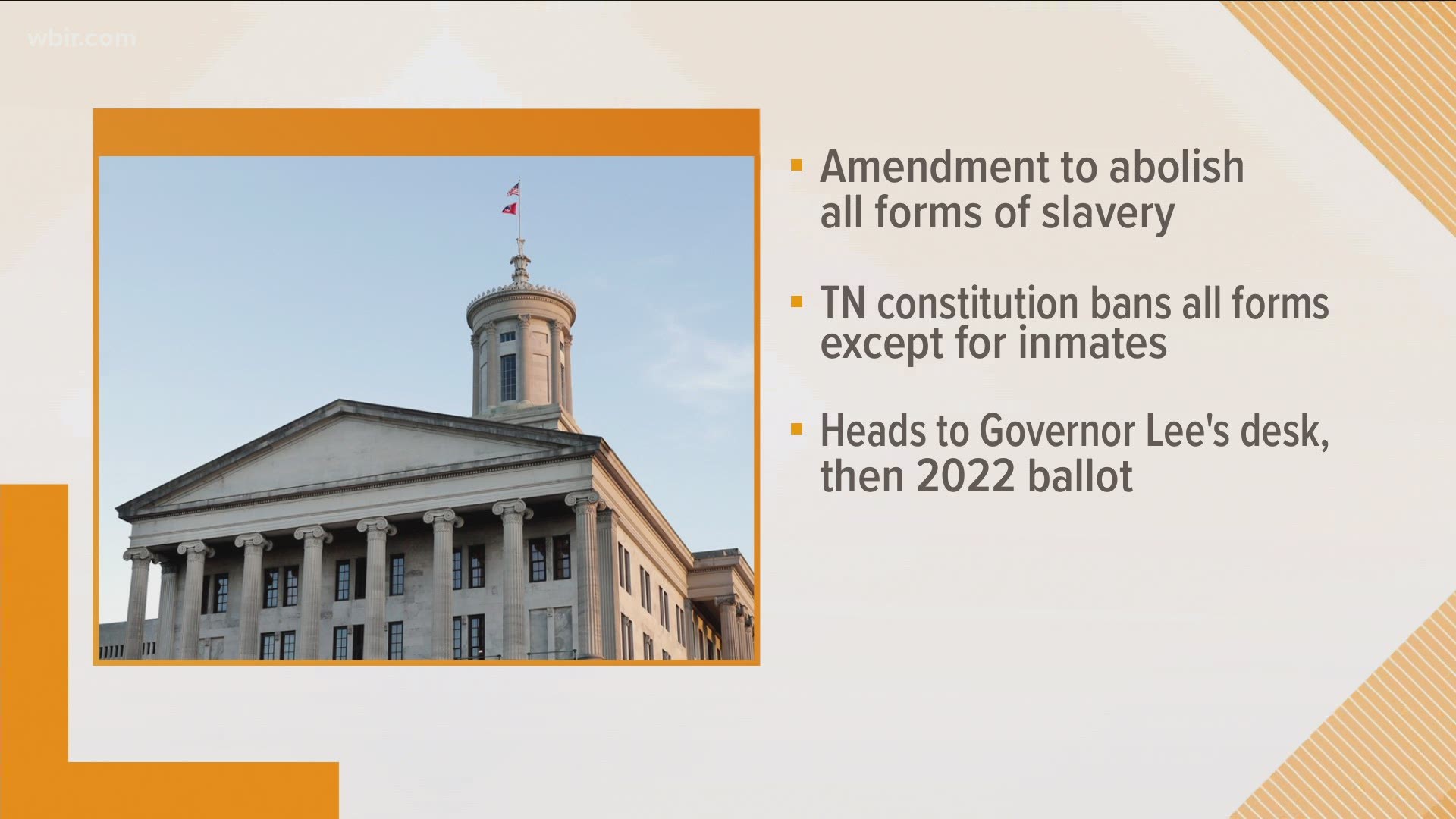 NASHVILLE, Tenn. — The Tennessee Constitution currently bans the use of slavery except in one case — as a form of criminal punishment. Now, lawmakers are working to change that.

The Tennessee House passed a resolution to amend the state constitution Tuesday night. It would ban all forms of slavery in the state, including as a form of punishment. The bill was sponsored by Representative Joe Towns and Senator Raumesh Akbari, both of Memphis.

The bill is headed to Governor Bill Lee's desk for his signature. After he signs it, voters will have a chance to make the final decision on whether to adopt it on the November 2022 ballot.

“Today is a historic day as this state has taken a definitive step forward in stripping all forms of slavery from the Tennessee State Constitution," said Rep. Towns. "Some Tennesseans may be prisoners, but, by God, they will not be slaves. We are the first Southern State to embrace universal abolition." 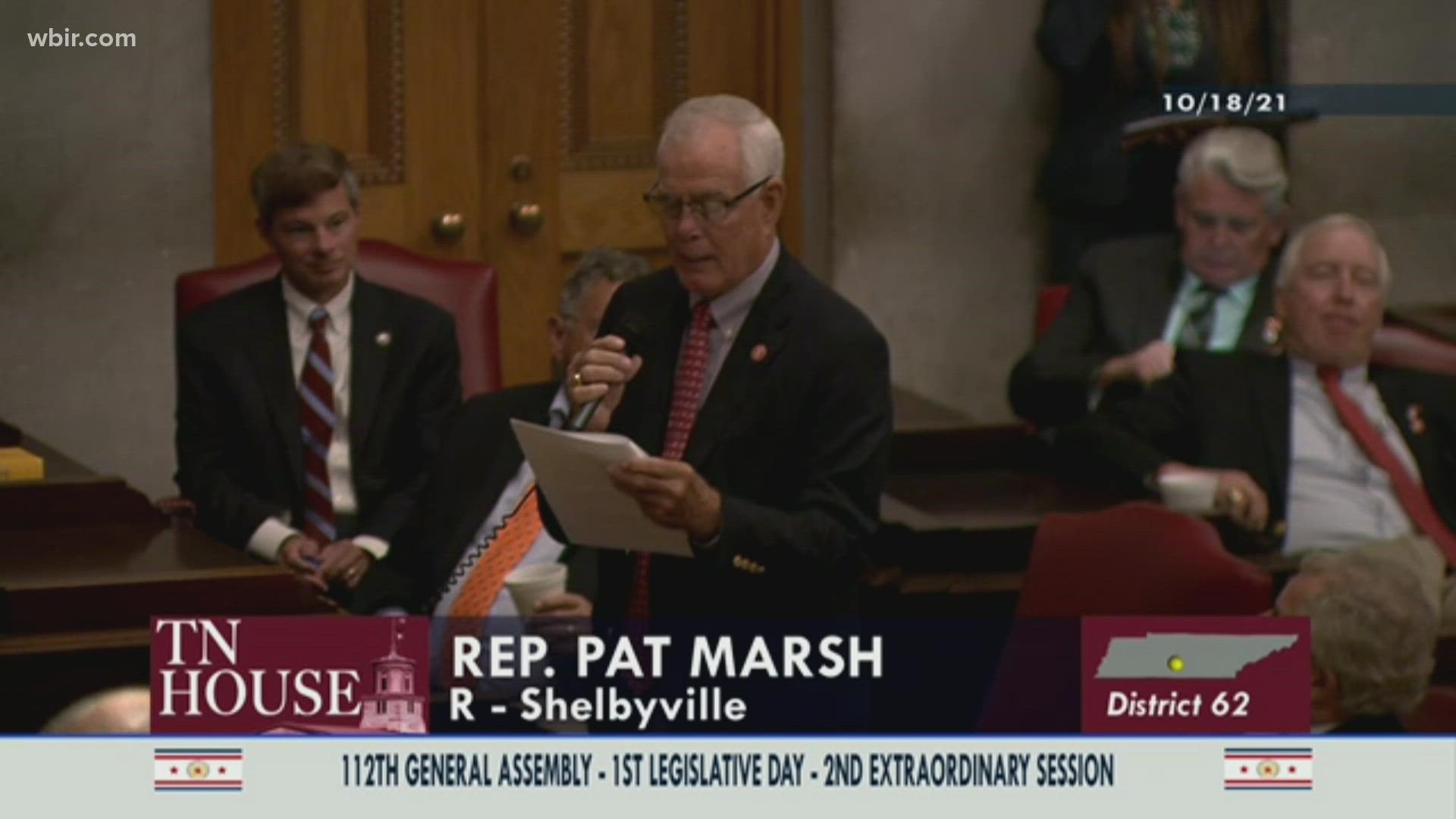