'They have plans': GSU teacher, former State Dept. employee shares insights into US Embassy in Baghdad

Doug Teper told 11Alive about what it's like at the giant American compound in the Iraqi capital. 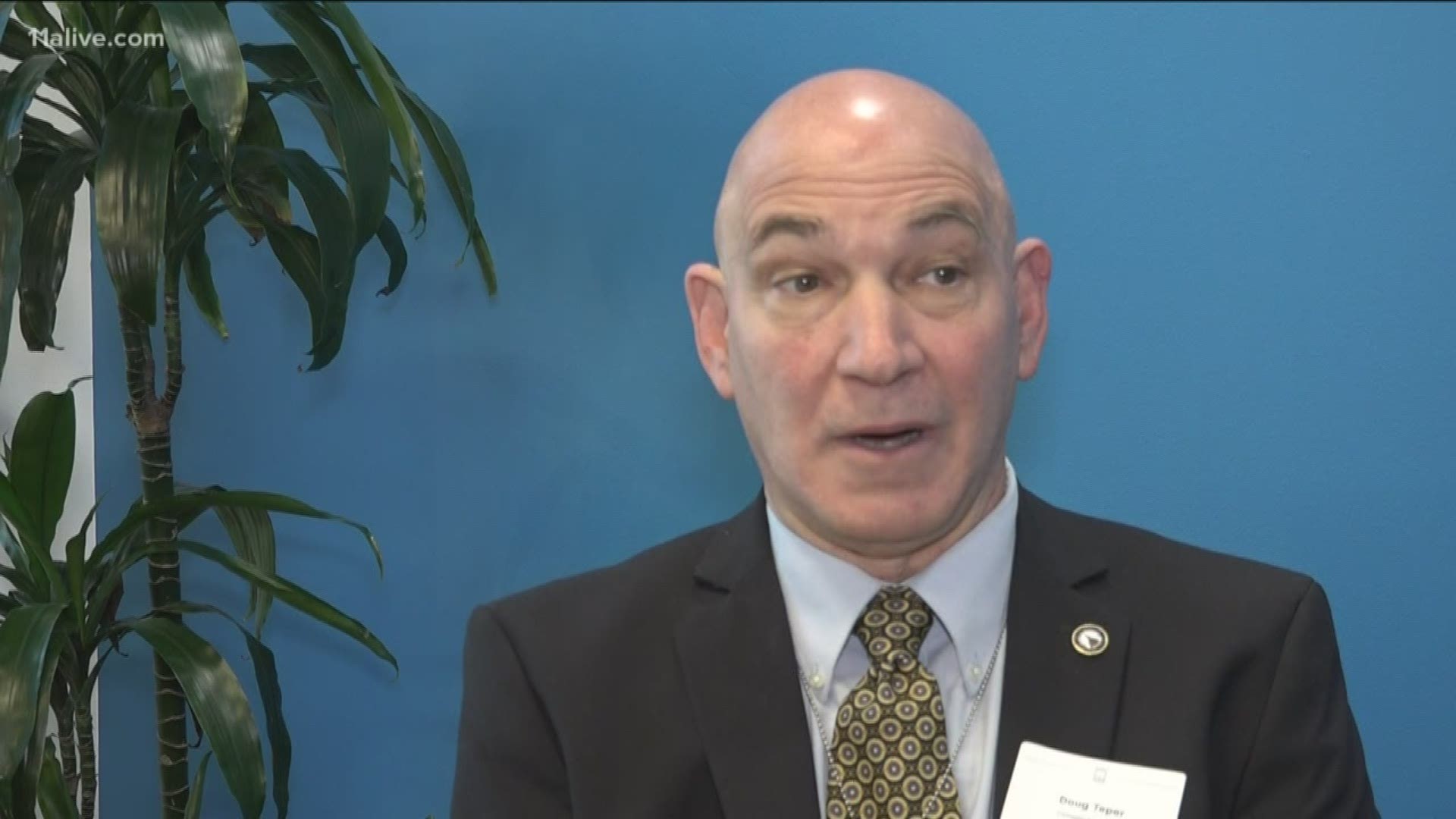 ATLANTA — A former State Department employee who spent two-and-a-half years in Iraq and now teaches at Georgia State says when he was posted to the American Embassy in Baghdad, "You were very aware of what you had to do if you had to leave."

Doug Teper served as a governance specialist with the State Department in Iraq late in the '00s, at the time the new embassy - the same one besieged by an angry crowd on Tuesday - opened.

The embassy came under siege from a group of supporters of Shiite militia, Kataib Hezbollah, with ties to Iran. The American military targeted the militia with airstrikes earlier in the week, killing 25 of its fighters.

The angry crowd reportedly chanted "Death to America" as they stormed their way into the embassy compound, which opened in 2009 in Baghdad's Green Zone.

According to The Washington Post, they were able to break through the outer layer of security at the embassy and damage a reception area as diplomats gathered in a safe room. Images and videos of the scene showed small fires burning around the embassy compound's outer walls.

Teper, who also once served in the Georgia State Legislature, said when he was posted to the embassy, it was easy to notice how "unbelievably fortified" it was.

"At the time they opened it... it was the world's largest embassy and the most armored one," he said. "So it's kind of surprising this happened."

"They had contractors all around the perimeters. It was people with machine guns, basically," he added. "The walls... very large concrete walls. You could not scale them as far as I could understand."

"The first time I got there I couldn't get out," he added. "I had to go through an office with an armored door to get out of the embassy."

For as well-defended as the embassy was, Teper noted that didn't make it invincible. And it is, of course, a very large target.

"Yes there is (cause for concern). The weapons and the explosive devices in Iraq in general are significant," he said.

And, because of that, it was important for everyone based out of the embassy to know what to do if circumstances ever became dire enough.

"They have plans. They have contingency plans," Teper said. "And when I was there you were very aware of what you had to do if you had to leave."

According to reports, local security forces were eventually able to restore a semblance of order. But the crowd, apparently a mix of militamen and protesters, began to erect tents and planned a sit-in to pressure the U.S. to leave the country, Al Jazeera reported.

The embassy, however, by Teper's account, is nearly like its own permanent city, with apartments and several multi-story buildings where people live for months. Its size is often compared to the Vatican City's.

"It's giant," he said. There are also, he said, "significant resources the Americans have stocked up with so they could evacuate people from the embassy itself" if need be.

Teper compared Tuesday's events to the 1979 takeover of the American Embassy in Iran, when insurgents sacked the building in the midst of the country's Islamic Revolution and 52 diplomats and embassy staff were taken hostage.

"It’s a scary situation and it would help to have a steady hand at the top of the American government," he said. "At this time if you talk to military folks, if you talk to veteran State Department people, they’re not quite sure what’s going on."

'They were sitting on the couch together ... and out of nowhere they were murdered'