The amendment would prevent schools from teaching about several race-related issues, and history lessons would need to remain impartial. 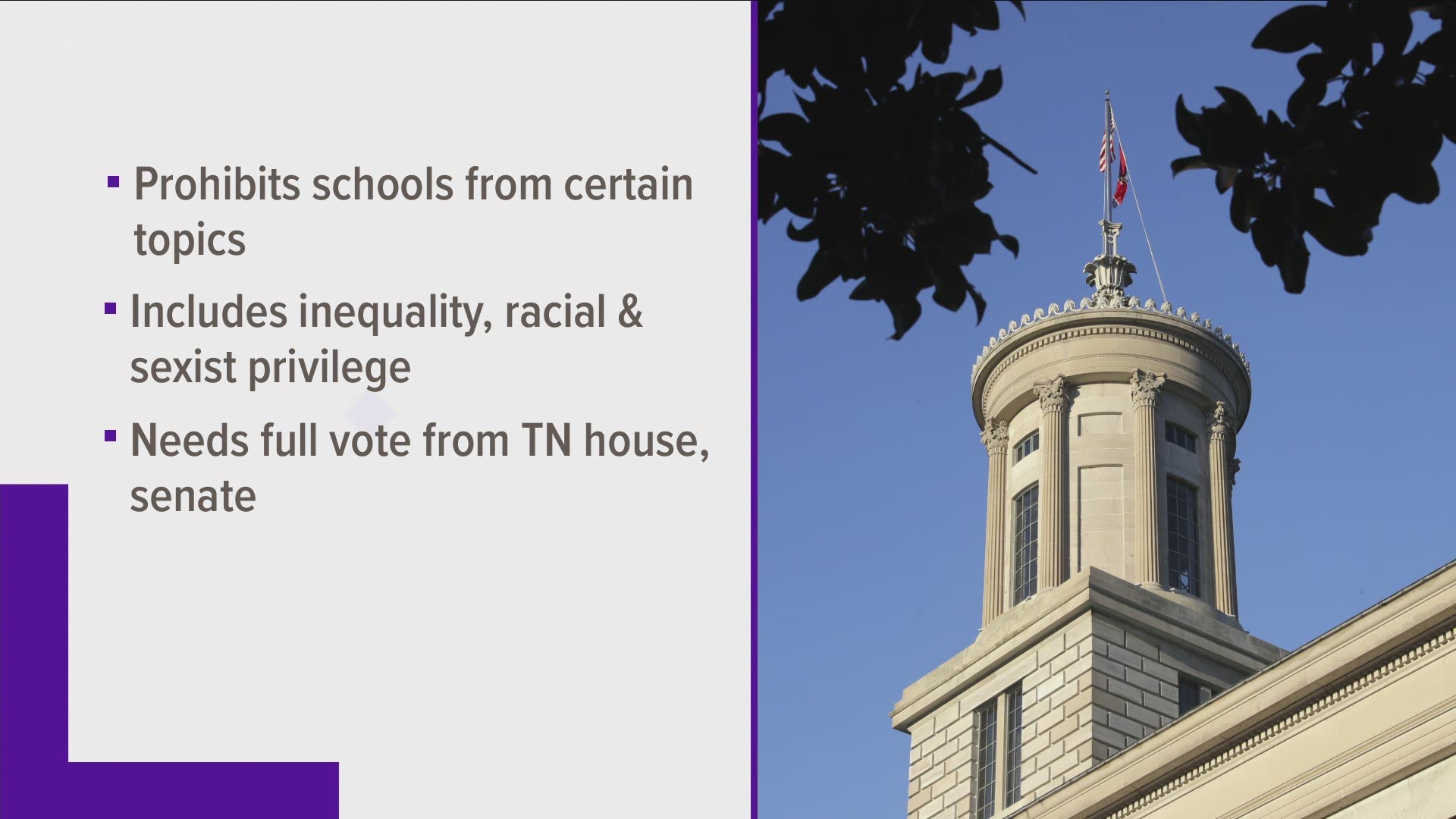 NASHVILLE, Tenn. — An amendment to a proposed bill in the Tennessee House of Representatives would prevent schools from teaching about race-related issues and systemic racism.

Representative John Ragan (R- Oak Ridge) introduced the amendment, which would prohibit schools from teaching about the social, cultural and legal issues related to race and racism. It provides a list of concepts that schools would not be allowed to teach in order to maintain funding.

In the amendment, schools would not be allowed to teach concepts relating to notions that the U.S. is fundamentally racist or that a person could be consciously or unconsciously privileged, racist, sexist or oppressive due to their race.

It also specifies that schools would not be able to teach that a meritocracy would be inherently racist, or designed by members of a particular race to maintain systems of oppression. Meritocracies are a form of government supposing people move into positions of power based on their abilities.

The amendment also says that schools should not teach concepts "ascribing character traits, values, moral or ethical codes, privileges or beliefs to a race or sex, or to an individual because of the individual's race or sex."

"We as Tennesseans should not allow historical fact to be shaded by someone's personal opinion," Rep. Ragan said during an Education Administration Committee.

It specifies that the amendment would not prevent schools from teaching about ethnic groups' histories as described in textbooks and instructional materials. They can also teach about controversial aspects of history, as long as discussions remain impartial.

The bill also says schools can teach about the historical approach of particular groups of people as long as instruction stays impartial.

"Teachers are expected to teach those standards," Rep. Ragan said. "The idea behind this, by saying that it's impartially presented, or should be, is to make it truly educational — as in not favoring one side or the other. I personally agree that slavery is abhorrent, and should never have been countenanced. But as a historical fact, it was, and indeed in places of the world where I have served, it's still countenanced. It's still abhorrent."

The amendment is attached to H.B. 0580, a bill that was also introduced by Rep. Ragan.

He said that the amendment was prompted as a result of several issues. It still faces a House and Senate vote.