Belmont University, in Nashville, is gearing up to host the final presidential debate of the season. 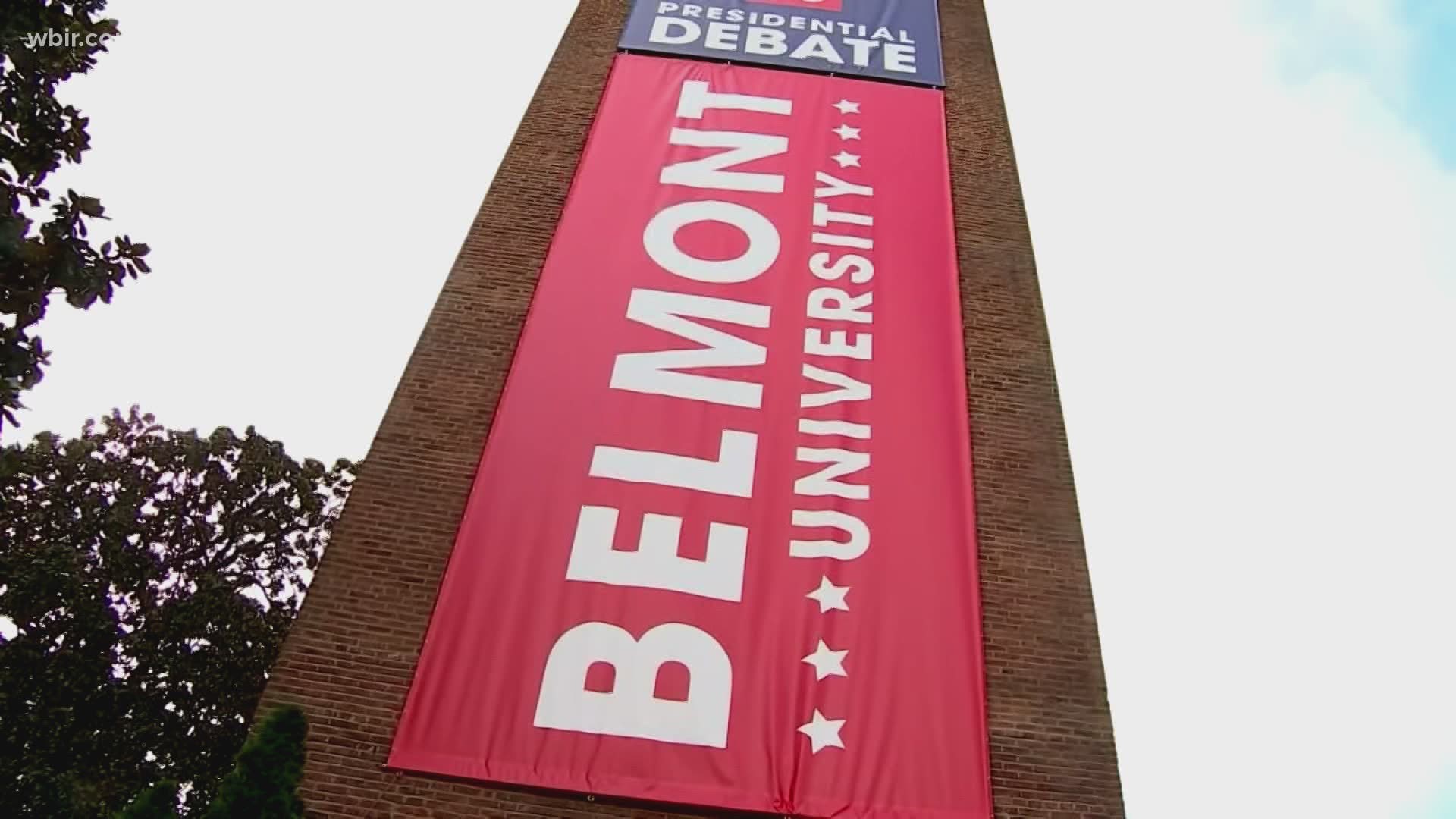 NASHVILLE, Tenn. — Belmont University is gearing up to host the third and final presidential debate of the season.

Some university and city leaders got a look at some of the work already taking place inside Curb Event Center. Workers set up a space for major networks to broadcast the debate and were working on setting up the stage on Friday.

There will also be COVID-19 guidelines in place, according to officials. President Donald Trump and Democratic candidate Joe Biden will be standing at least 6 feet apart.

The presidential debate will be held next Wednesday. NBC News' Kristen Welker will moderate the debate between President Donald Trump and former Vice President Joe Biden.