Hagerty tweeted that he is proud and will stand alongside Senator Marsha Blackburn and always represent Tennessee's values. 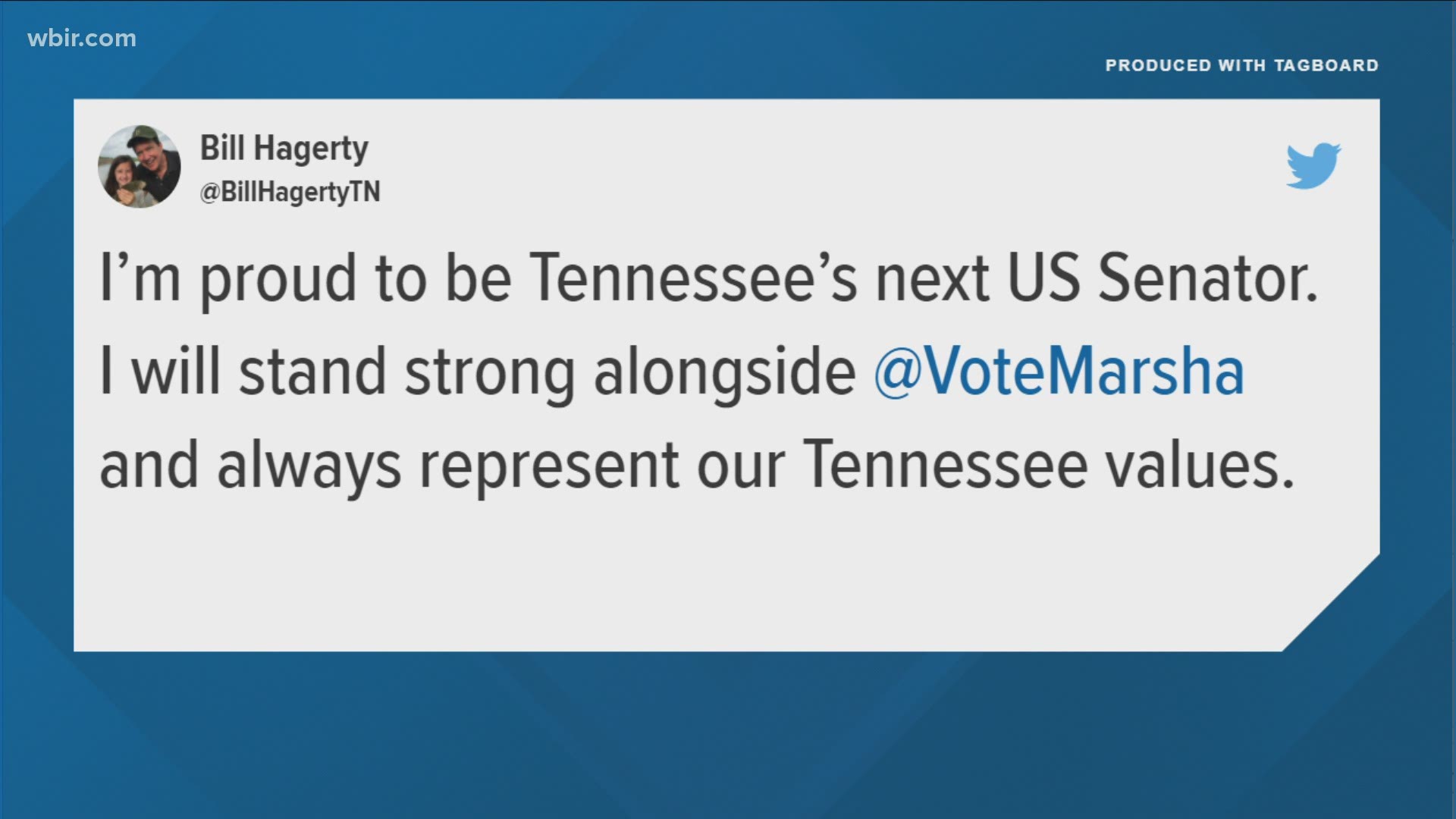 WASHINGTON, D.C., USA — Tennessee US Senator Bill Hagerty was sworn in on Sunday.

He tweeted that he is proud and will stand alongside Senator Marsha Blackburn and always represent Tennessee's values.

I’m proud to be Tennessee’s next US Senator. I will stand strong alongside @VoteMarsha and always represent our Tennessee values.

As the new Congress comes in, Tennessee US Senator Lamar Alexander is leaving office after 18 years of service.

As this new era begins, Alexander reflected on his time in the Senate.

In an interview with 10News anchor John Becker at the end of November, he said he views his experience as a pleasure to serve East Tennessee.

"Well, what a privilege has been, I know for most people they look at and say my gosh, what a mess. But you know, I'd suggest looking at it like a split-screen television. On the one side are the tweets and the acrimony and the in the confirmation hearings on the other side, Senators working together on the great American outdoors act on funding the supercomputing at Oak Ridge, rebuilding the Chickamauga lock, funding the national defense that's on the other side. So, it's a great privilege to be there," Alexander said.

Alexander has also held high-profile roles in Tennessee. He was governor, President of UT and Secretary of Education. He even ran for president twice.