Tennessee Senator Marsha Blackburn posted a tweet that said four democratic candidates should recuse themselves from the impeachment process. 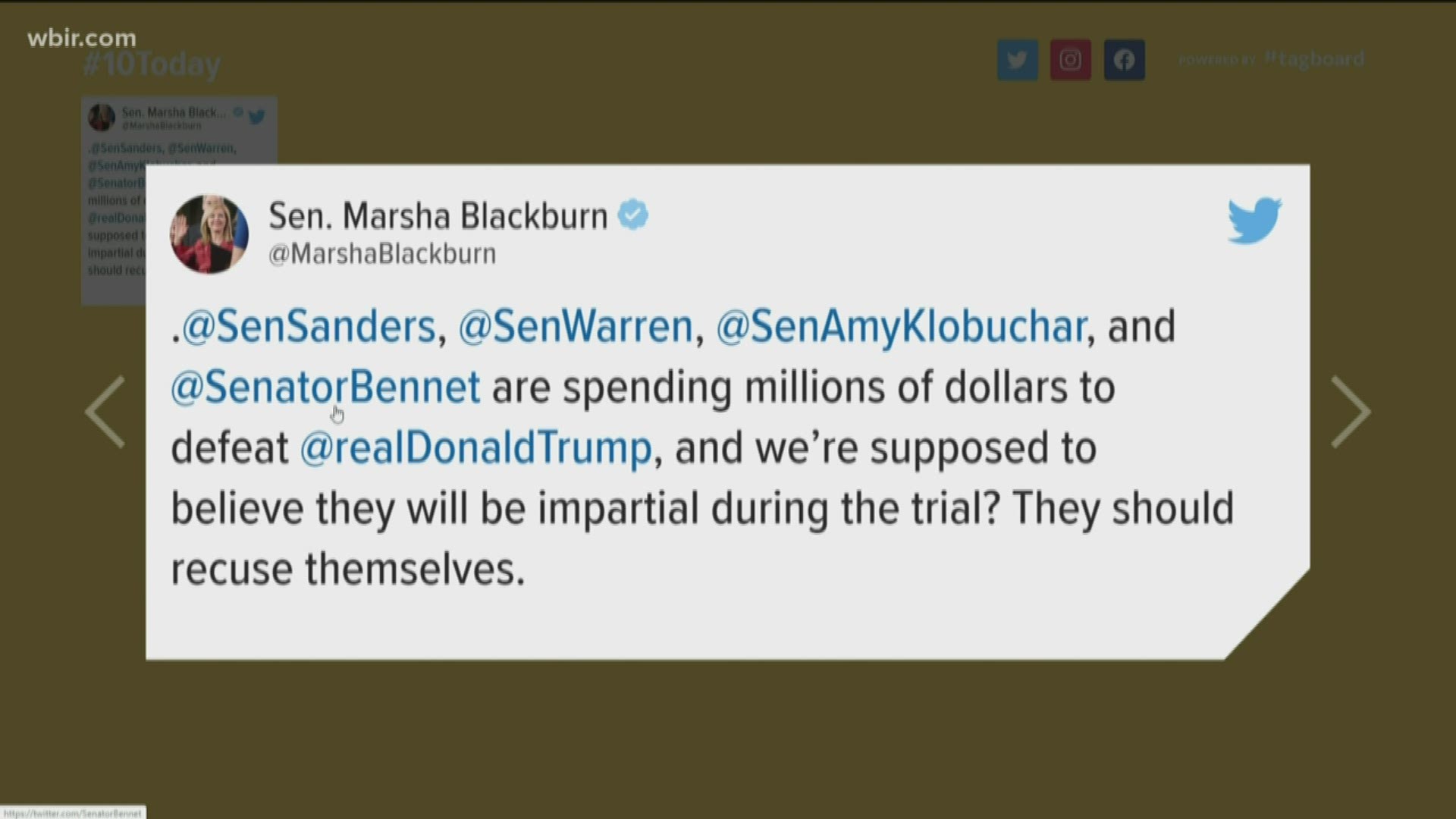 Tennessee Senator Marsha Blackburn made a post on Twitter late Wednesday night that called for four democratic senators to recuse themselves from the impeachment process.

She called for Senators Bernie Sanders, Elizabeth Warren, Amy Klobuchar and Michael Bennett to recuse themselves after articles of impeachment were sent to the Senate.

She said that participating in the trial would be a failure of the oath Senators take to be an impartial justice before it starts on Thursday.

Two articles of impeachment were sent to the Senate. One was sent for abuse of power, alleging that President Trump used military aid as leverage to force Ukraine's president to announce an investigation into Democratic candidate Joe Biden.

The other article of impeachment alleged that President Trump obstructed Congress' investigation by blocking documents and witnesses.