The proposal would have reduced the number of polling locations from 31 to around 15 across the county. 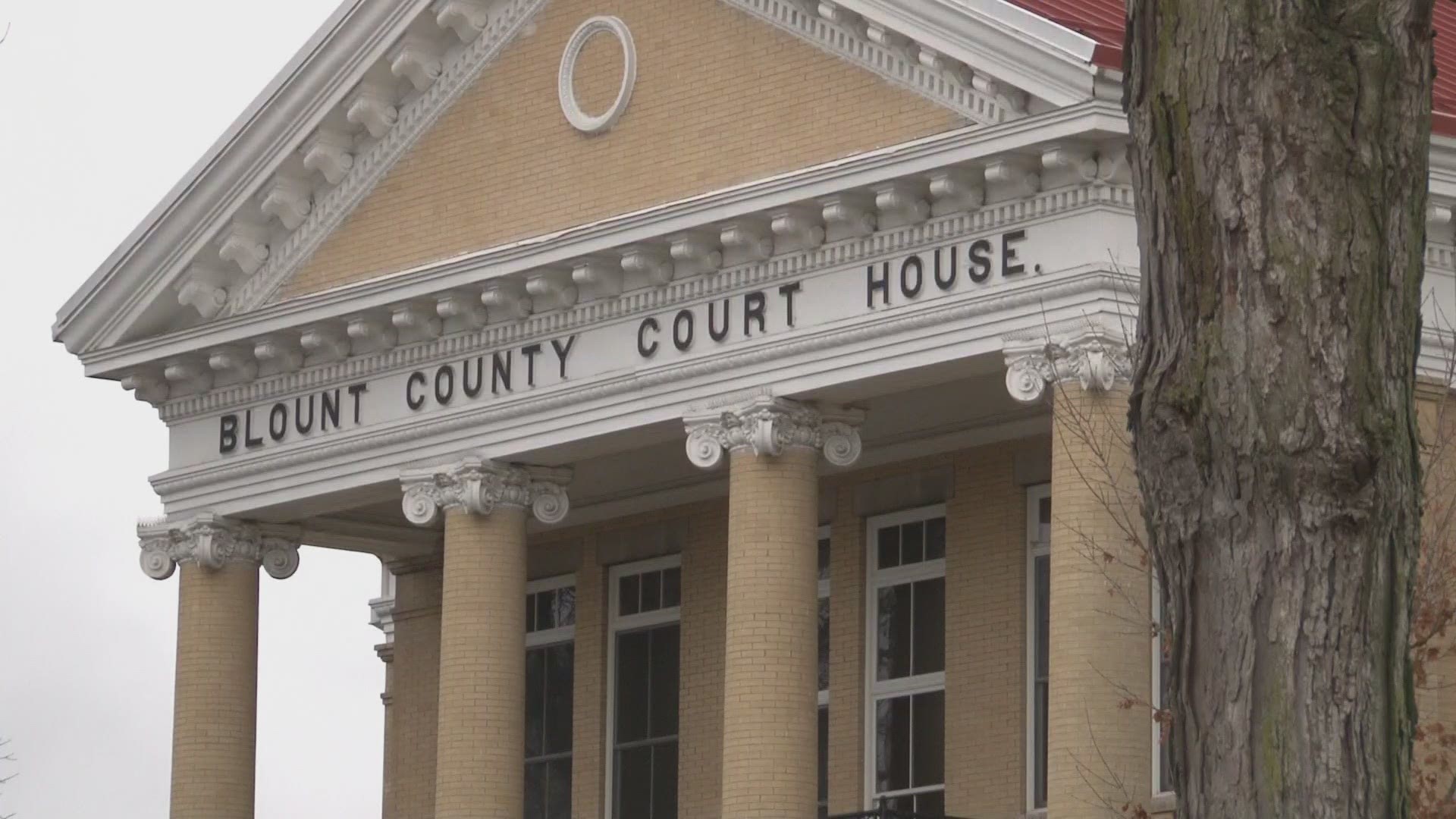 BLOUNT COUNTY, Tenn. — The Blount County Commission pulled a proposal off its agenda Thursday that would reduce the number of voting locations from 31 to around 15 in the county, with 19 voting to pull it and one commissioner abstaining.

It was a fiery meeting as commissioners discussed whether they had the authority to vote on such a measure. Several commissioners said they supported pulling the resolution off the agenda and they wanted to give people living in Blount County a chance to have their voices heard on the proposal.

"The quicker we can put this to bed, the better," said Commissioner Nick Bright.

If it had passed, the number of polling locations would have been cut in half, from 31 neighborhood precincts on election day to roughly 15 "voting centers" throughout the county.

Election Commissioner Mary Beth West first made the motion “to pursue moving to Voting Centers in 2022,”  on December 16, 2020. It passed unanimously and moved to the Blount County Commission's desk.

"We want to create a more convenient platform for voters and Blount County," West explained.

The change from neighborhood precincts to voting centers would mean any registered voter could cast their ballot at any location on election day.

"People immediately think well, fewer is worse, not better; however, having that flexibility of being able to go to a different location than the one precinct for their own neighborhood has a massive impact on convenience aspect," West said.

West noted that during election day in 2020, the election commission received many comments from the public, who suggested their commute to and from work made it difficult for them to get to their assigned precinct on time.

The TN.gov website shows "Blount County commuter patterns have a daily commuter outflow of residents to other counties of 30,093, as opposed to 23,137 residents who live and work within the county."

West said the switch would save the county $80,000. Other counties in the state of Tennessee have already adopted the voting center option, including Rutherford County in Middle Tennessee.

“We find that (Election Day Vote Centers) increase voter turnout, particularly among infrequent voters. We build on previous research (Stein and Vonnahme 2008; Juenke and Shepherd 2008) by demonstrating that vote centers continue to have a positive impact on voter turnout, especially among habitual nonvoters. Moreover, we detect an emergent property of vote centers: their positive effect on turnout is greater in lower turnout elections and particularly among traditionally non-voting populations.”

But opponents of vote centers aren't concerned necessarily about the county saving money or the convenience they may provide. Blount County Commissioner Jackie Hill said her constituents in predominantly Black and lower-income parts of the county, are worried the familiarity and ease will go away.

"The amount of dollars that they're talking about is insignificant when you put it up against people's right, to share their opinions with their government, and that is done primarily through the voting process," Hill said.

Hill said usually, the people who use the MLK Center precinct in Alcoa, walk to the polls on election day and look forward to seeing familiar faces, who have worked at those neighborhood precincts for years.

Hill said without the ease of walking to vote in that community, she's concerned many will skip out over lack of transportation and the distance the voting center would be away.

"It's another thing that they're being asked to give up," Hill said.

The President of The League of Women Voters, Vandy Kemp, said the nonpartisan group is not supporting or opposing the proposal, rather it does not think the decision should be rushed.

"We're asking the Election Commission to slow down, have some public hearings, but moreover, go out and speak to people that are out in those Blount County hills and hollers that have a hard time getting out to do these things," Kemp explained.

Blount County’s attorney, Craig Garrett, said in a letter to the commission on Wednesday that the county’s legislative body has no legal authority to address the location of polling places in the county or adopt the proposed resolution approving convenient voting centers.

The authority remains with the Blount County Election Commission. The County Commission can voice support as part of procedure, but cannot make any immediate changes upon a vote for or against vote centers.

The proposal has to go before the State Election Commission for approval before it is adopted.

Three cities within Blount County, Louisville, Townsend and Rockford have all said they are opposed to the idea.

Officials said the proposal would need to be certified by the Coordinator of Elections and approved by the Tennessee Congress. They would also need to use first-tier locations, such as schools and libraries, to prevent last-minute cancellations.

The centers would also need to be hard-wired to a virtual private network into the voter registration system, according to the proposal. Voting information would be processed and made immediately accessible to all other voting centers in the county, officials said.

By law, the county must have at least one voting center per 10,000 registered voters. Officials said that the county has 92,312 registered and would need at least ten vote centers by law.

On Thursday, commissioners said they could adopt a program to test convenient voting centers, and then the commission could submit those results and recommendations to state officials. But they said they could not change the voting process itself.

Other commissioners recommended creating a public forum about the proposal after the meeting.

The county clerk said that she was given direction to put the proposal on the agenda.

"The Blount County Election Commission would like the County Commission to buy into this concept," said Susan Knopf, the Administrator of Elections. "In order for our legislators to go before the General Assembly, they will not pass anything that does not get your approval. We want your blessing to do this."

She said that by removing the proposal from the agenda, they could reach out to the public and work on informing people about the resolution.