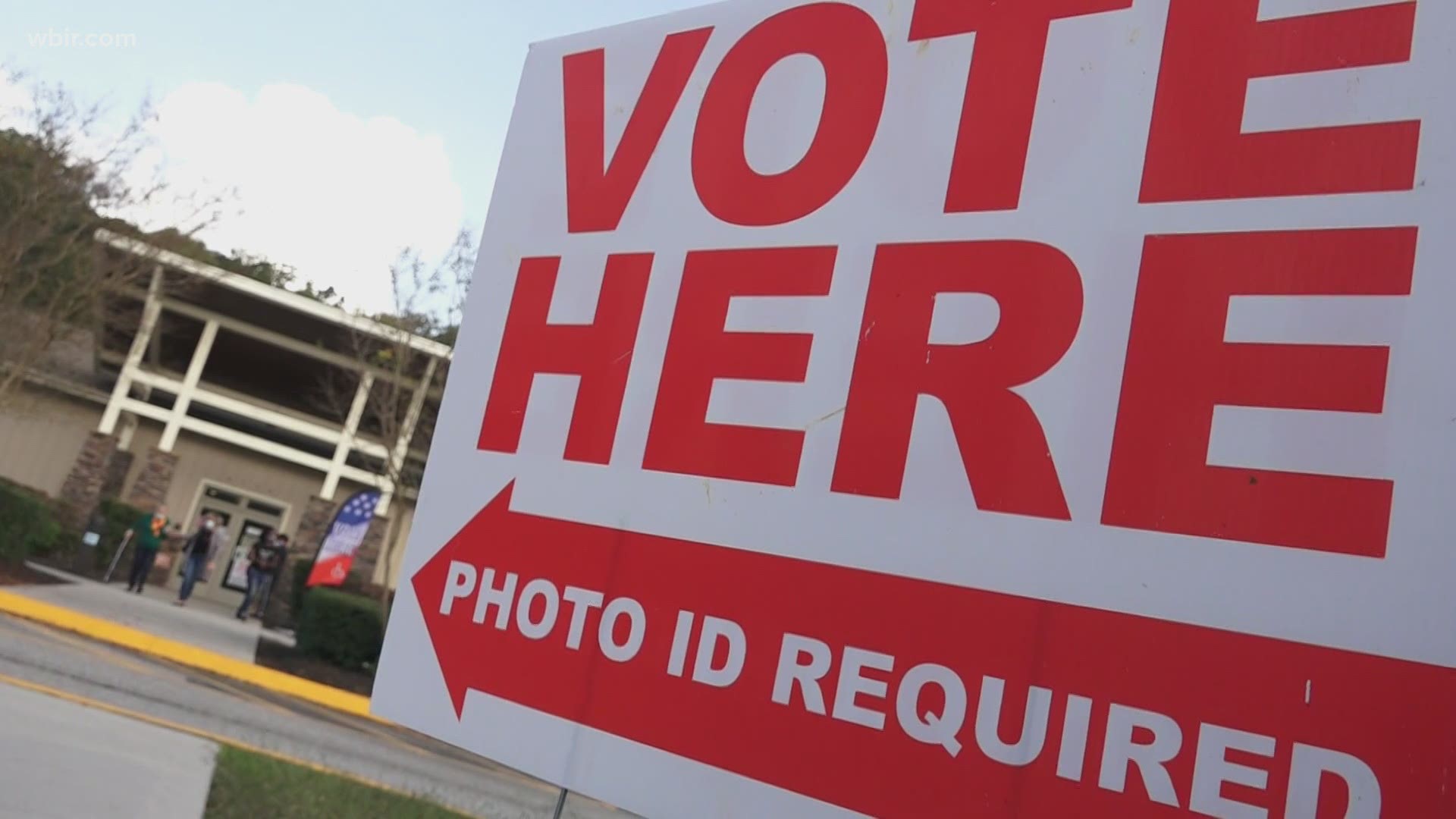 TENNESSEE, USA — In Tennessee, voter turnout is at an all-time high.

The Secretary of State's office said more than 727,000 people have already cast their ballots.

"We're seeing great turnout — doesn't matter if it's rural, suburban or urban," Tennessee Secretary of State Tre Hargett said. "It's very rewarding for us to see people engaging in the process."

We've heard from many of you wondering about the lines to vote. Secretary Hargett said people should not be discouraged by the pictures.

"When you're trying to do social distancing, that's going to cause a longer line itself," Hargett said. "There's only so much space that these election commissions have."

He also offered tips for avoiding a lengthy wait.

"The busiest times to go or when the early voting site first opens. And then when people are getting off work and stuff by early voting, so the more that people can try and pick those non-peak times. They will typically spend less time in line," Hargett said.

If you're eligible to vote absentee, he recommended mailing your ballot back now. It needs one First Class stamp to be mailed.

"The United States Postal Service likes to tell people to give it seven days," Hargett said. "Get it sent in now. Why wait?"

About one in seven registered voters in Tennessee have cast their ballots so far.

In Scott County and Union County, turnout has more than doubled from the first four days of early voting in 2016.