More than 108,000 people have cast early or mail-in votes as of Oct. 24 in Knox County. Early voting ends Thursday. 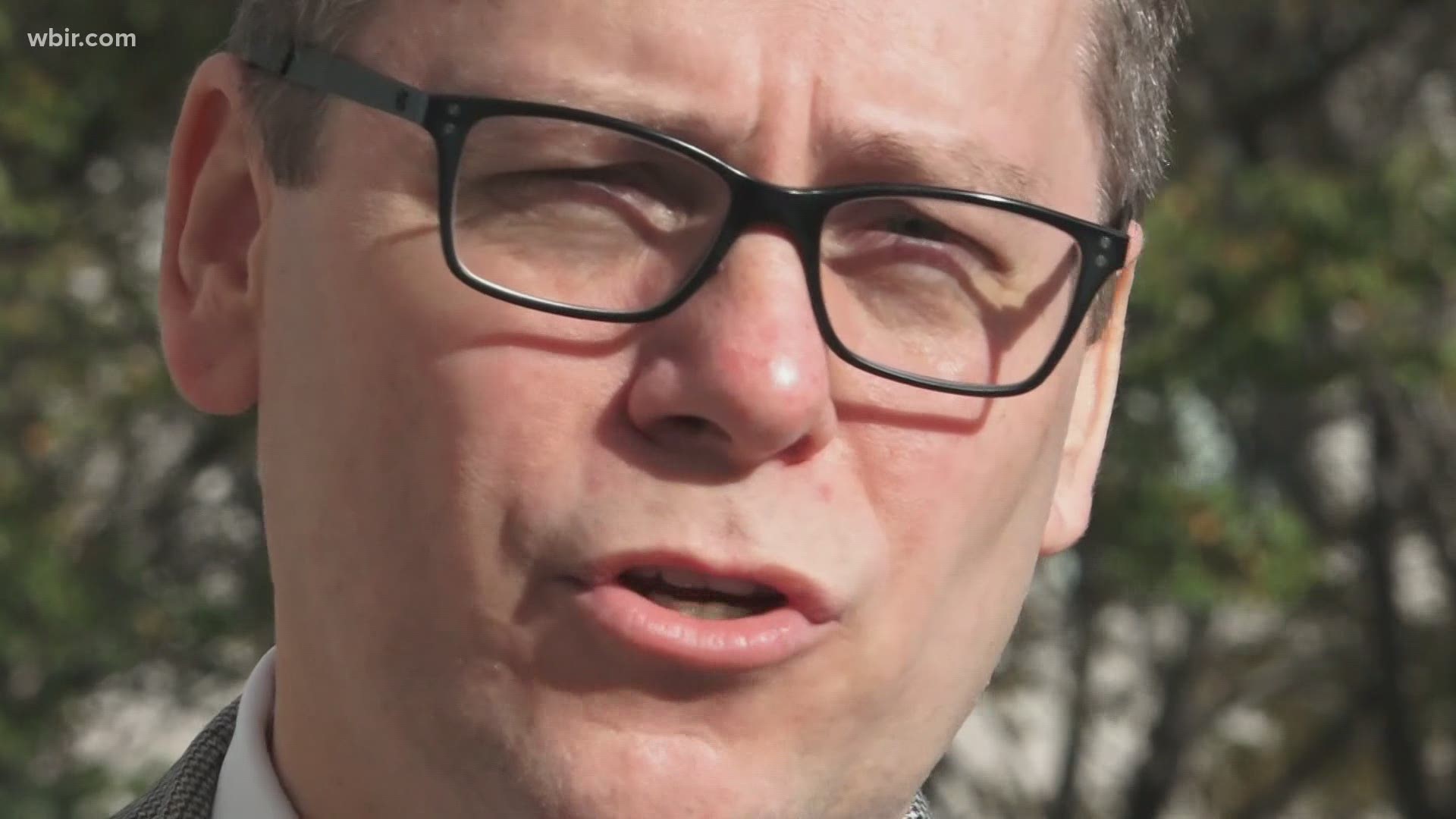 For some perspective, in the November 2016 presidential race about 133,000 Knox Countians voted early.

Statewide, about 1.45 million Tennesseans had voted early by the close of polls Saturday. Also, there've been about 184,500 mail-in ballots returned already.

Early voting will be held Monday-Thursday this week. It's likely at least 10,000 people will vote each day in Knox County, and in the past, turnout has surged on the final couple days of the period.

You've got 11 places from which to choose this week to vote early, including the Baker Center on Cumberland Avenue on the University of Tennessee campus. The Downtown West and Farragut Town Hall sites are the busiest.

Downtown West, Farragut Town Hall, the Expo Center and New Harvest were the most popular locations Oct. 14-17, having seen about 17,000 people collectively cast a vote.

The lightest traffic was at the Carter Senior Center, 9040 Asheville Highway, with about 1,672 votes cast. 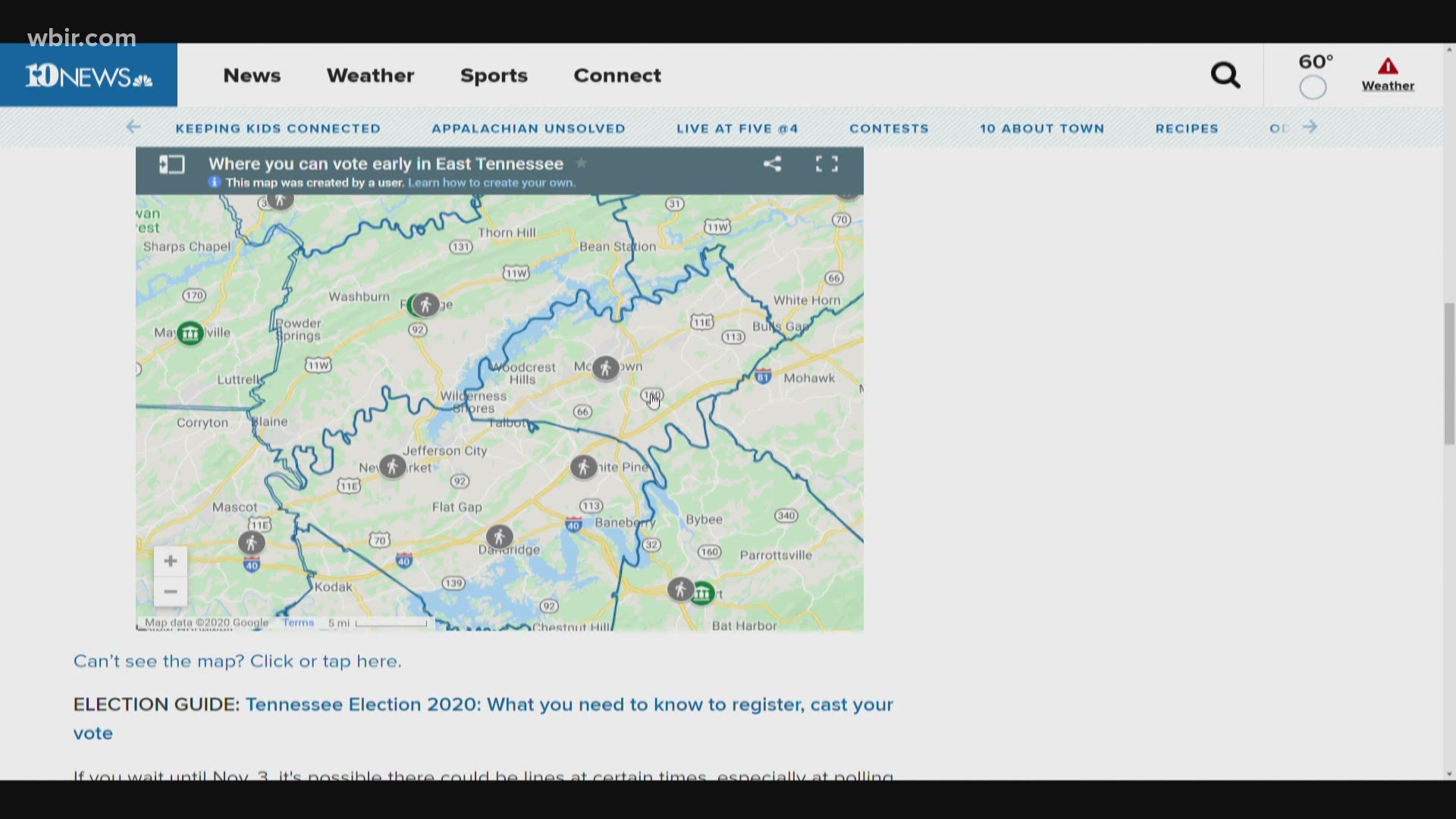 Votes can be cast at 10 locations in the county this week.

More than 5,000 absentee ballots were cast for that election.

Because of concerns about COVID-19, mail-in ballots this fall already dwarf that number and are expected to go much higher. For the Aug. 6 election, which included a general county election and a state and federal primary, more than 11,500 mail-in ballots were cast.

Long lines were reported at several polling sites across Knox County. The first day also proved to be a record one for turnout statewide.

While heavy local turnout may have discouraged some from casting a ballot Wednesday, but there are many days left for residents to take part in early voting this month.

Also, you don't have to cast an early ballot in just one place. There are multiple sites where you can typically go, including in Knox County.

Chris Davis, administrator of elections, also said Thursday that while the lines may have been long at some locations, that's partly due to people spreading out to promote social distancing.

Officials also have put new safety guidelines in place due to the COVID-19 pandemic, including poll workers wearing PPE and social distancing requirements.

Davis said he also was happy with the turnout even if it wasn't a record for a single day.

One reason more ballots weren't cast at locations such as Downtown West, which is historically the busiest early voting spot, or Farragut Town Hall: Fewer machines were being used.

Davis said because of social distancing restrictions, he couldn't use as many voting machines at some places as he usually can. For example, under normal circumstances he'd have 48 voting machines at Downtown West; this year he said he can only use about half that amount.

Other early voting sites did see an increase in numbers compared with past turnout, he said, such as the site at the Carter Senior Center.

Statewide numbers were big, according to the Tennessee Secretary of State's Office.

Early voting locations are open 10 a.m.-6 p.m. Monday through Friday, Oct. 14-24. On Saturdays, they are open between 11 a.m. - 5 p.m., except for the City-County Building, Meridian Baptist and the Karns Senior Center.

Then all locations will be open between 8 a.m. - 8 p.m. Oct. 26 - Oct. 29, except for the three listed above. All early voting locations in Knox County are listed below:

Before you go vote, take a moment to study the sample ballot and read the questions on the ballot so you can get in and out of the polling place quickly: https://t.co/R8iH3TdYds pic.twitter.com/DN5cuz3rju

Elections officials said they expect early turnout will exceed in-person voting on Election Day, which is Nov. 3. That trend has been growing the past several election cycles.

Voters can use a sample ballot on the Knox County Election Commission's website to prepare to cast their ballots before heading to the polls.