The Knox County Elections Commission has seen thousands more requests for absentee ballots than usual, especially for an August election. 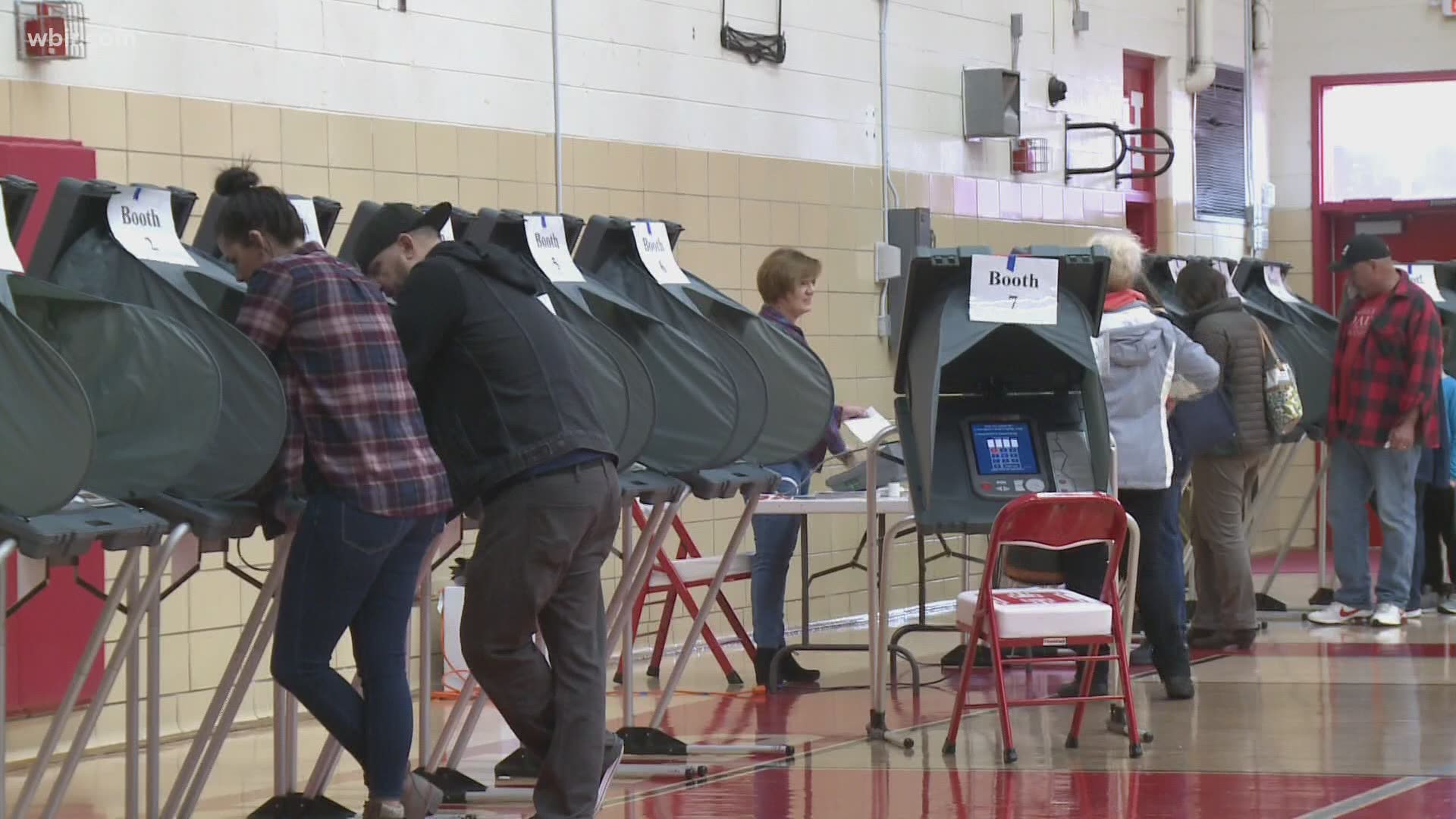 KNOXVILLE, Tennessee — In a typical August election in a presidential year, not many people vote by mail-in ballot.

For the August 2020 election, more than 3,700 requests are already in for absentee ballots and the deadline isn't until July 30.

The commission expects that to keep growing due to COVID-19 concerns.

In Tennessee, voting must be done in person unless you qualify for an absentee mail-in ballot.

There are 14 qualifications, including if you are over 60 years old, living out of state, or very ill.

Fear of COVID-19 is not a qualifying reason.

RELATED: Tennessee suit allowing everyone to vote by mail is heading to court

"Currently under the law, it's not a legitimate reason to request an absentee ballot or for us to accept one. There is litigation ongoing where that might change," said Knox County Elections Administrator Chris Davis.

Dozens of Tennessee doctors are calling on Governor Bill Lee to ban those requirements and let any Tennesseean vote by mail if they choose, saying the second wave of COVID-19 is expected this fall around voting time.

"Why can't a simple thing like voting in the privacy and safety of our own homes via the U.S. mail... so difficult," said retired physician Dr. Thomas Phelps in an open letter to the governor signed by more than 100 Tennessee healthcare workers.

Other states are allowing any voters to vote by mail.

Tennessee officials said voting only by mail this year is not feasible.

RELATED: Tennessee officials: 2020 vote-by-mail for all not feasible

With a transition to all paper ballots in Knox County this August and moving forward, Davis said polling locations will be safe.

"You won't be touching anything except maybe a door handle and a pen," he said.

He said while uncommon, examples of voter fraud in Knox County included felons trying to vote and people giving the wrong addresses.

Staff is trained to match signatures and information on each mailed-in ballot.

"We have very strong chain of custody procedures that we follow to make sure that once a ballot is here it's in a locked ballot box and no one's touching it until election day," said Davis.

You can request an absentee ballot through July 30.

The presidential election is Nov. 3 and will have a separate mail-in ballot application period.