Be your own fact-checker: Watching out for misinformation in tumultuous election aftermath 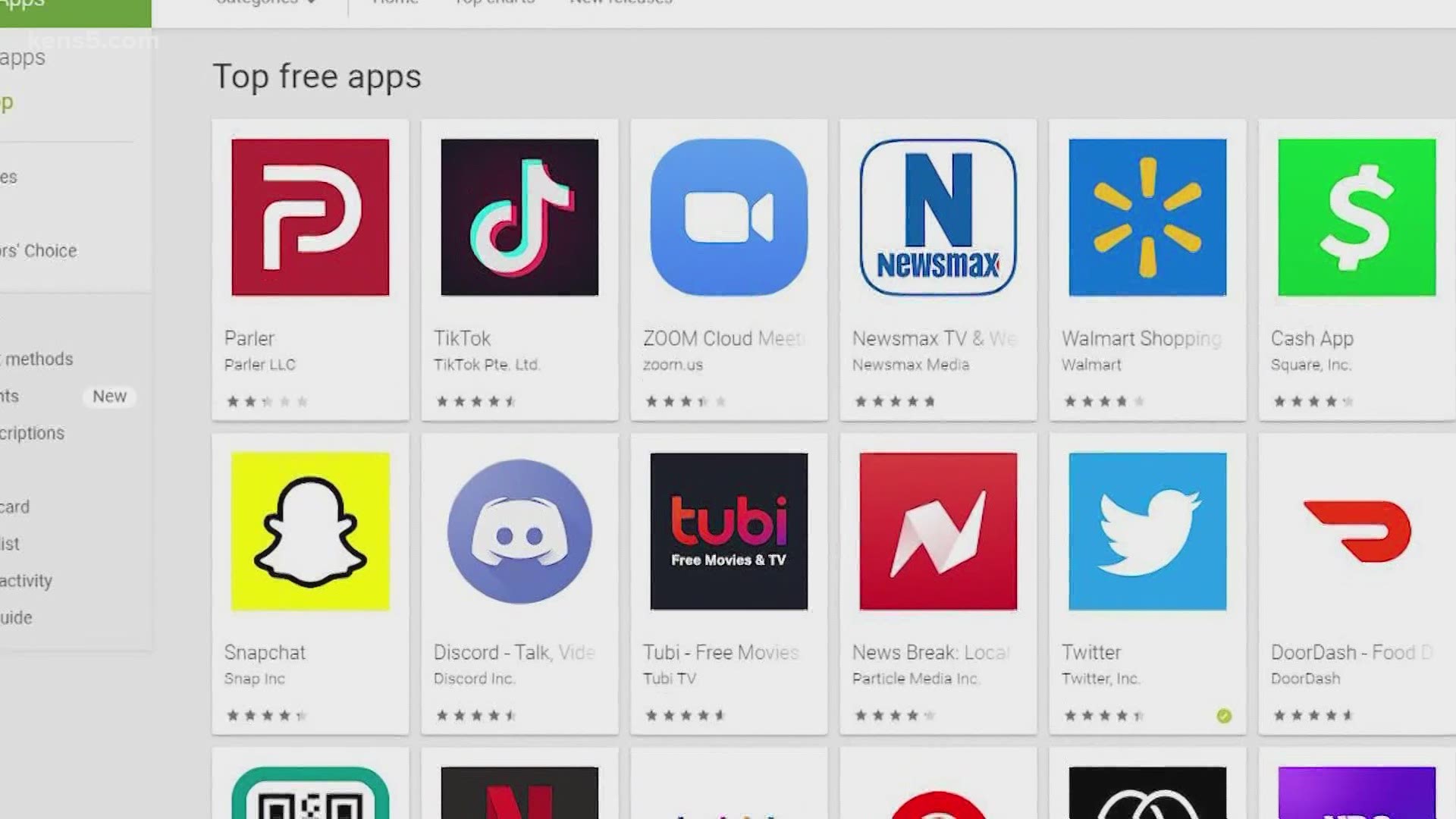 KNOXVILLE, Tenn. — Sharpiegate. Dominion voting machines flipping votes. Rigged election. The aftermath of the 2020 election is being met with a flood of misleading and outright false information about election results, voter fraud, and election processes that can be hard to verify.

WBIR garnered the advice from experts and compiled steps to take in order to identify misleading and erroneous information in the media and online.

Bret Schafer, the Alliance for Securing Democracy’s Media and Disinformation Fellow, emphasized that this election cycle, most misinformation and disinformation is domestically driven. This makes it easier to spot which actors are behind the spread.

“The aggressive disinformation and misinformation campaigns have been run domestically, and they are from known figures,” Schafer said. “In 2016, the messaging largely came from anonymous social media profiles. This year, you know who is behind the messaging.”

One America News Network (OAN) claims to be a “…credible source for national and international news. An Independent, cutting-edge platform for political discussions.” USA Today labels it as conservative. The Hill says OAN is vocalizes their support for the president often, and the founder of the network is a supporter of the president.

The claim of Dominion voting systems deleting Trump votes and switching votes to Biden have been disputed by various election experts, including the Associated Press.

Another that is prevalent in virtually every modern election: dead people supposedly voting. Fox News' Tucker Carlson amplified and later apologized for a false claim that two 'dead' voters cast ballots Georgia after it was proven the two were very much alive.

It is impossible to measure the intentions of those spreading misinformation and disinformation about this years’ election or even what the end goal of a piece of information is. However, Schafer has an idea.

“The intention of misinformation and disinformation is not necessarily to prove anything,” he said. “The intention is to provide multiple narratives that will cultivate paranoia and mistrust to the point where people aren’t really sure what to believe.”

According to Schafer, the culmination of multiple narratives of false information has a cognitive effect on consumers. If voters do draw a logical conclusion about a specific claim of widespread voter fraud, they continue to see new stories of alleged voter fraud from multiple sources.

“This cognitive effect creates a mindset that some of it is likely untrue,” said Schafer. “But then it is easy to think if there is this much smoke, then surely there must be a fire somewhere? That isn’t necessarily the case.”

However, if these claims of widespread voter fraud are false, then why do they stick? Schafer says that most misinformation and disinformation starts with a “kernel of truth” that is then blown out of proportion or taken out of context.

For instance, videos of poll workers in Pennsylvania filling out blank ballots circulated with claims of voter fraud. After an investigation into the videos and the fact check, it turns out the election workers were fixing damaged ballots while bipartisan observers stood six feet away.

Adrienne Marofsky, public relations director for Delaware County, Pennsylvania, told USA Today, “The cropped video portrays an election worker, seemingly alone at a table, marking a ballot. The actual video shows the election worker at a table with other coworkers in a room full of people with bipartisan observers a few feet away at each end of the table, closely observing the worker from approximately 6 feet away."

“It is easy to rationally identify misinformation, but if you’re in an ecosystem where all you’re seeing is misinformation, it starts chipping away at public confidence and integrity of the election,” said Schafer. “However, with the saturation of disinformation in this election, it is easy to start thinking ‘this is so much, I’m not an expert in election security, I have no idea if this is possible or true, and the evidence is pretty convincing’.”

A majority of Americans are not experts at election security, but it is within reach to become more media literate to help sift through claims of misinformation and disinformation, especially during a time of increased polarization among the electorate.

Dr. Karen Hult, Professor of Political Science at Virginia Tech, told WBIR that this polarization contributes to misinformation and disinformation during this election cycle.

“It seems to me that the claims of fraud are much more common this time around, and I think that is because of the drivers out there,” said Hult. “A big driver is the polarization and mistrust that comes from the way we discuss and make observations about politics. I do not think President Trump caused this polarization, but he has reflected a notion of ‘sometimes it’s okay to say what you really think and get it out there and drive the discussion.’”

Hult thinks that Trump’s “say what you really think” strategy works in some situations, but it makes it harder to have a more balanced, reasoned and deliberate political discussion – thus increasing polarized feelings among voters.

How does one equip themselves to identify potential claims of misinformation and disinformation? Schafer and Hult shared a plethora of resources:

“Every time a rumor pops up, the site walks you through what is happening in a non-partisan way,” said Schafer. “This website is great because instead of saying ‘this is false, it has been debunked,’ it walks readers through the steps and reasons why.”

When discussing matters of misinformation and disinformation in general, Schafer and Hult agree that it is more beneficial to calmly walk through the steps and reasons a claim might be incorrect.

Fact-checking modern misinformation and disinformation about is not a new practice. Facebook and Twitter have made it a habit to fact-check posts, which has been met with criticism multiple occasions. While large news organizations, such as the New York Times and the Washington Post, have their own teams of fact-checkers, Hult says there is somewhat a negative connotation surrounding the concept of unknown people fact-checking information for readers.

"There is a range of people that don’t necessarily trust larger parts of the media establishment that have been classified as mainstream,” said Hult. “So when these organizations provide fact-checking information, some readers remain skeptical.”

To ease skepticism or to gain media literacy, Hult suggests using PolitiFact, maintained by the Poynter Institute, to independently research information you may hear from politicians or find on the internet. For example, PolitiFact reported that multiple posts claiming Facebook changed the designation of President Trump’s Facebook page from “President” to “Political Candidate” were misinformed. PolitiFact said, “Archived versions of President Donald Trump’s Facebook page show the ‘political candidate’ designation has been used for months.”

PolitiFact provides a list of resources used for fact-checking and is user-friendly.

There are a myriad of additional sources to help with independent fact-checking, but a good first step to training your eyes and ears is to diversify your media sources in an effort to increase your media literacy.

“The big thing that we all need to do, which is difficult with all information coming at us, is that we need to look at a variety of sources and talk to a variety of people,” said Hult.

She challenges news consumers to occasionally move away from their personal preference for news sources and see what other outlets or journalists have to say. There are reputable news sources on the left and right that can be beneficial for anyone looking to expand their news consumption.

Schafer often referred to the saturation of misinformation and disinformation surrounding this election cycle as a “tsunami,” and stressed how that tsunami of claims can be dangerous to public institutions.

“It is easy to rationally identify misinformation, but if you’re in an ecosystem where all you’re seeing is misinformation, it just starts chipping away at public confidence and integrity of the election,” he said. “The amount of disinformation out there is overwhelming, and you start to doubt your own knowledge. You start thinking ‘this is so much, I’m not an expert in election security, I have no idea if this is possible or true.’”

“Both Republicans and Democrats are in charge of election results, and it’s not a monolithic Democratic rigged machine like some claims of disinformation would have you believe,” he said. “The election officials I’ve talked to, regardless of their political affiliation, their jobs are based on running a free, fair, and safe election that goes off without a hitch. While they might have a preferred candidate, having chaos and fiasco in the vote count is going to get them voted out of office.”