Hagerty will succeed the retiring Sen. Lamar Alexander in the U. S. Senate. 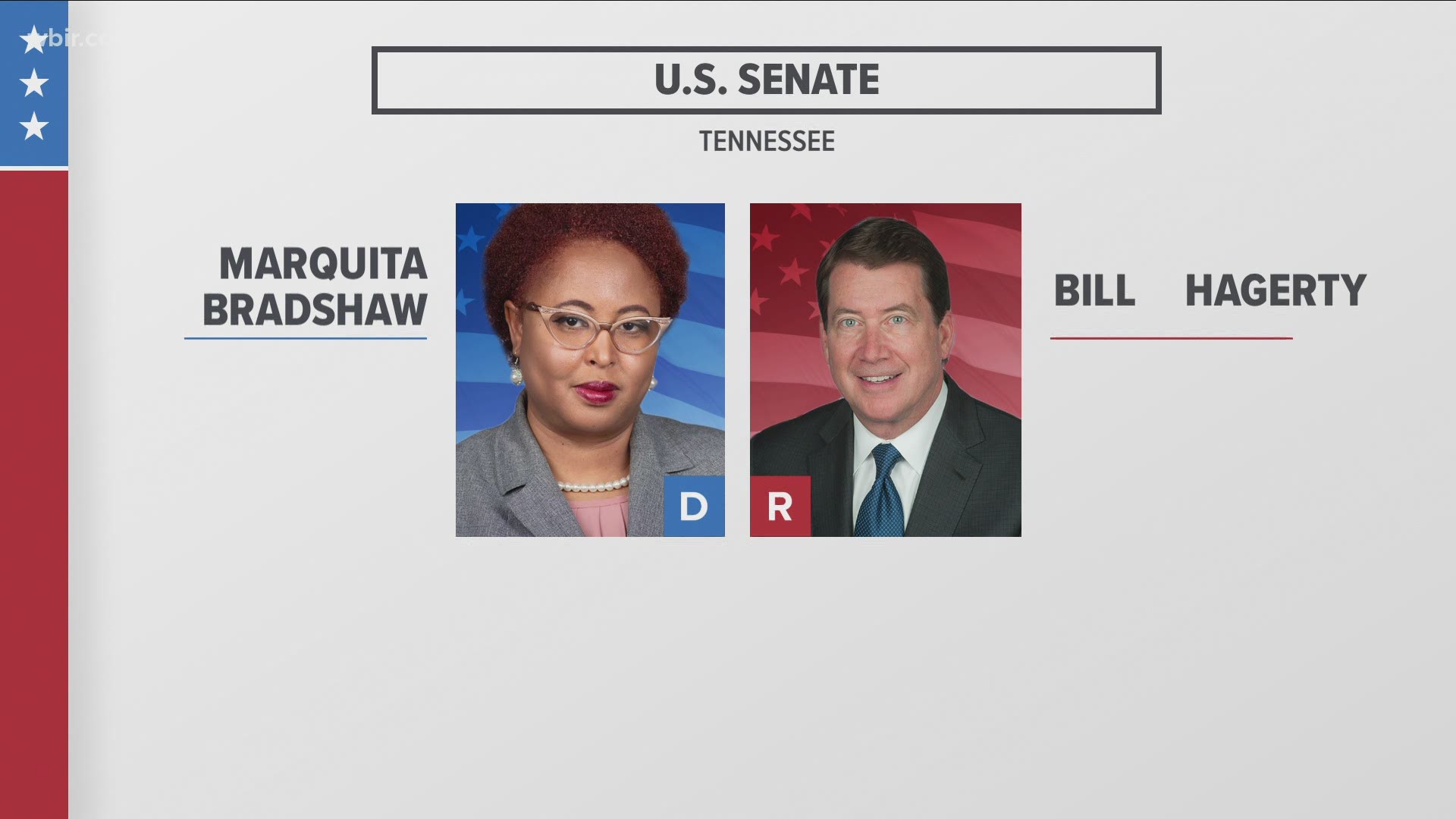 Republican Bill Hagerty has won the U.S. Senate seat in Tennessee being vacated by retiring Sen. Lamar Alexander. His victory speech opened with the Pledge of Allegiance and a prayer. Governor Bill Lee also appeared at the victory speech.

"There are so many people to thank tonight, but the very first is the Lord, our savior," Hagerty said. "For all those watching from home, I could not have done this without you. To the people of Tennessee, I am overwhelmed by your trust and confidence in me."

He also said that he spoke with President Trump as he started his victory speech.

The former U.S. ambassador to Japan under President Donald Trump rode the president’s endorsement to a win against Democrat Marquita Bradshaw.

Republicans have held both Senate seats in Tennessee since 1994.

Trump remained popular enough in the state that Hagerty mentioned the president at every turn in his contested primary and the general election campaign.

Hagerty is a Nashville businessman who sits on the board of a private investment firm. He served as the economic development commissioner for former Republican Gov. Bill Haslam.

“For the people in Tennessee I appreciate your confidence in me, I look forward to serving you as the senator of Tennessee," Hagerty said.

Tennessee Gov. Bill Lee congratulated Hagerty on Twitter, saying "Congratulations to  @BillHagertyTN on his well-deserved election to the U.S. Senate. Bill will be a strong voice for our Tennessee values in Washington and we are proud to call him our state's next U.S. Senator."

Congratulations to @BillHagertyTN on his well-deserved election to the U.S. Senate. Bill will be a strong voice for our Tennessee values in Washington and we are proud to call him our state's next U.S. Senator.

Hagerty, a Nashville businessman and a Republican, got the endorsement of President Donald Trump, which launched him to a primary win. He has also served as commissioner of the Tennessee Department of Economic and Community Development. Hagerty is married and has four children.

Bradshaw is a single mother from Memphis and a Democrat. She has worked with community advocacy groups, environmental organizations and unions, including the Mid-South Peace and Justice Center, the AFL-CIO, the Sierra Club and Tennesseans for Fair Taxation. She has never held public office. She had a surprise win in the primary with a grassroots effort and little fundraising. She is the first Black woman to represent Tennessee is a U.S. Senate race.

Republicans have held both Senate seats in Tennessee since 1994.