Indya Kincannon is Knoxville's next mayor: 'We were really, really excited to see that the people chose me'

Kincannon said one of her main focuses if elected would be to address affordable housing and workforce development in the community. 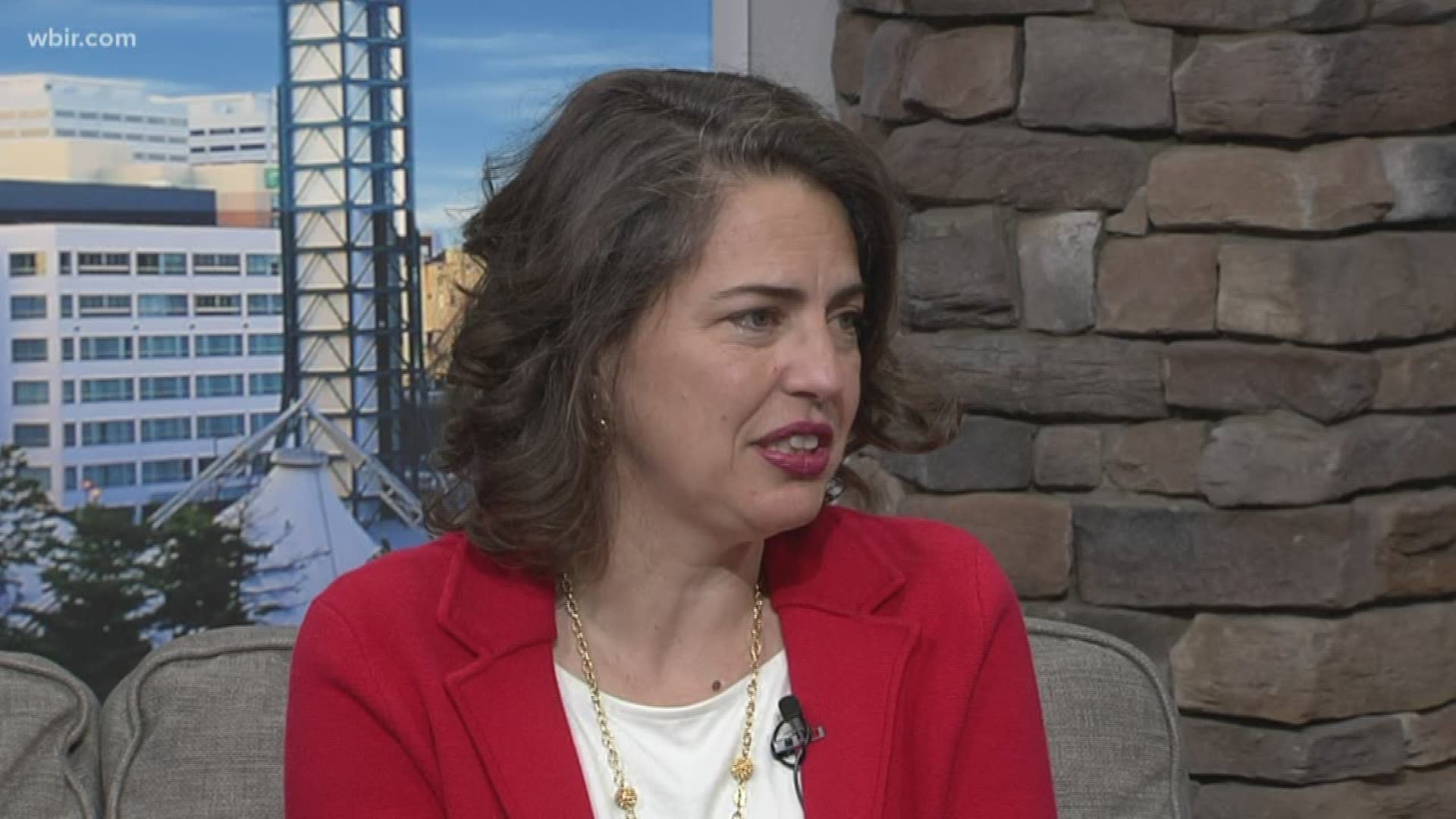 With that declaration Tuesday night, Indya Kincannon declared what the numbers clearly showed: She will be Knoxville's next mayor.

The mayor-elect was at 10News Wednesday morning discussing her next steps and thanking her supporters.

"It feels pretty cool. I’m excited and really grateful to the people of this city who supported me and I’m looking forward to the next steps," Kincannon said.

She said she had a good feeling when she was out at the polls Tuesday. Kincannon said while she was visiting roughly 20 different polling places, she was getting a lot of high fives and thumbs up.

"We were really, really excited to see that the people chose me."

Something a lot of viewers have asked about is her party affiliation.

"I tried hard to make it a nonpartisan race," she said.

Kincannon went on to say a lot of people asked her about this during campaigning.

"I’m a Democrat and proud to be so. But I always said and do believe most of the issues are very nonideological in nature. It’s making sure police and firefighters have the resources they need to do a good job, making sure trash and other things are picked up on time and also having a bigger vision for the city which is where we care about everybody and give people access to opportunity and try to have a cleaner, greener more sustainable city."

She said her first step is to recover a little bit from the campaign and work with Mayor Madeline Rogero about the transition.

Kincannon worked with Rogero for almost three years so she said she was pretty familiar with what she has ahead of herself and said she's ready to go.

Mannis outspent Kincannon this year about $534,000 to $277,000. She saved her major spending focus for October, according to campaign finance disclosures.

She took more precincts across more parts of the city than Mannis, from West Knoxville to East Knoxville and parts of South Knoxville. She captured the high-profile Sequoyah Hills precinct.

Kincannon's inauguration is in December. 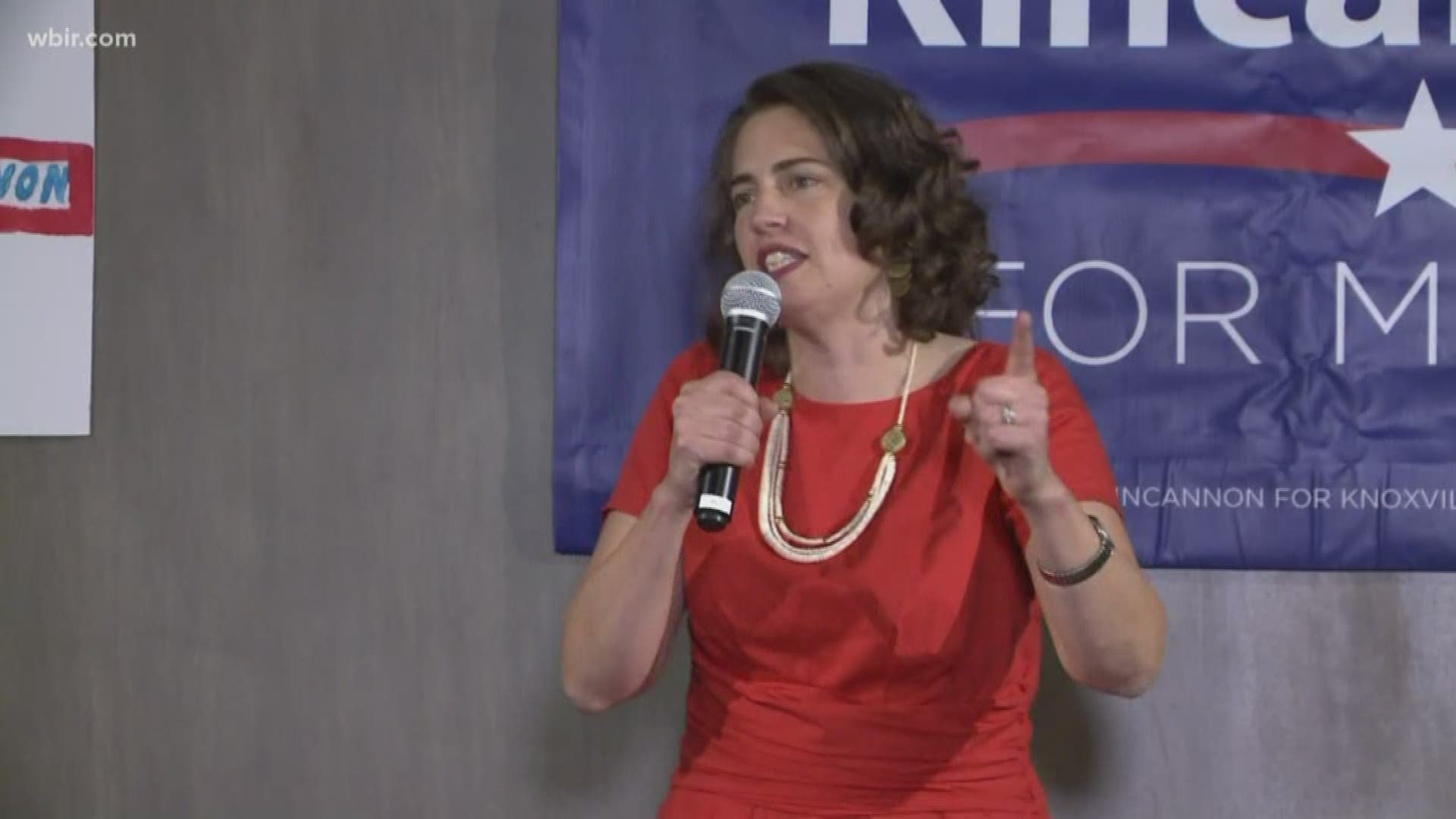 Kincannon, a former teacher and PTA president, served on the Knox County Board of Education from 2004-14, including three years as chairperson.

"Our message of connecting families to opportunity and making this city’s economy work for everybody, that’s what took us. People want Knoxville to be a place where people can thrive, and that’s what I want to do as your mayor. That’s how we made this happen," she said. 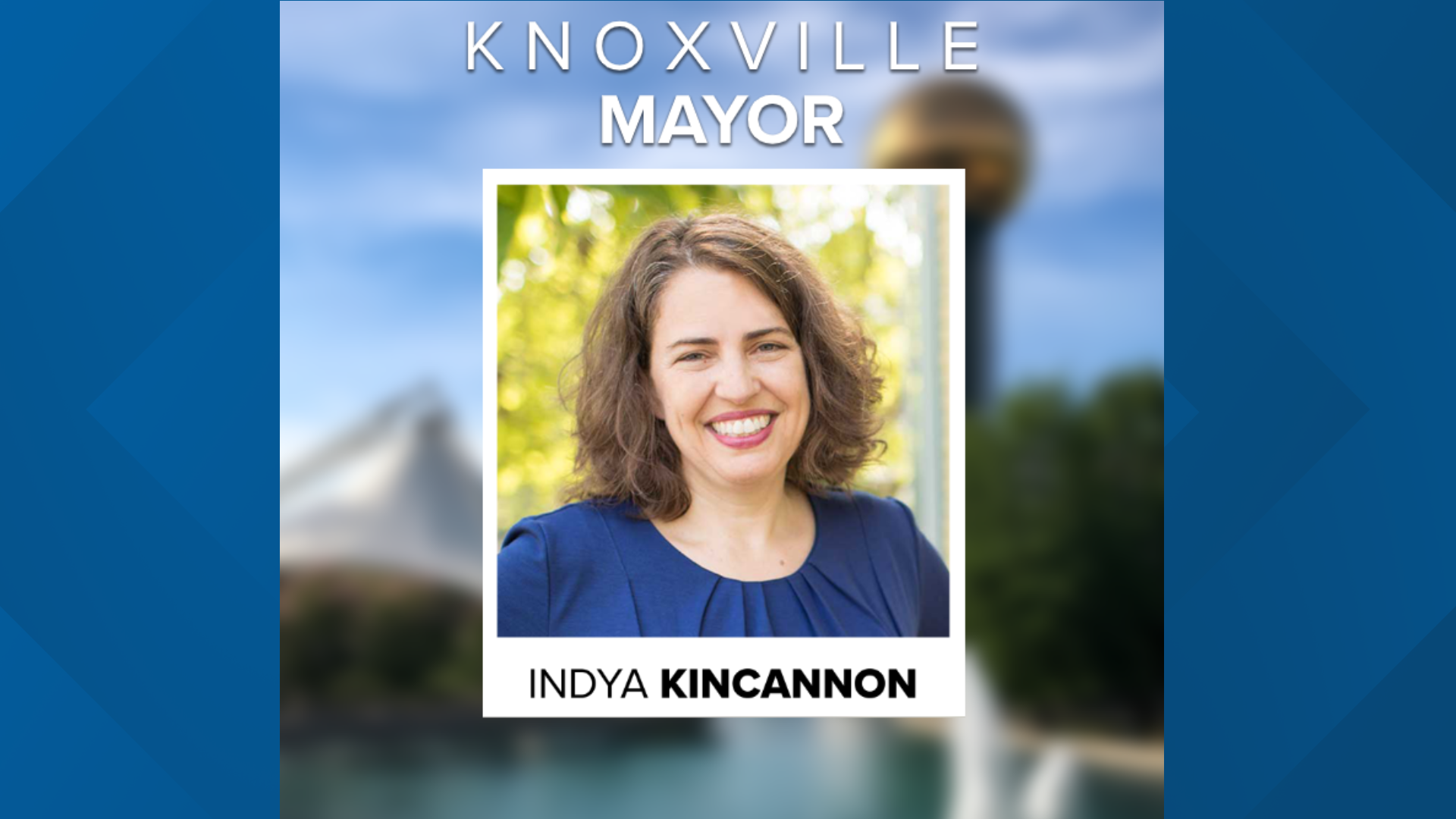 "Congratulations to Indya Kincannon on her victory tonight. I look forward to a smooth transition and continued forward movement for Knoxville. I want to thank Eddie Mannis for running a good campaign and for all he has done to make Knoxville a better place," Rogero said.

Kincannon most recently served as Special Programs Manager for the City of Knoxville, working for Mayor Rogero, working with non-profits and focusing on special projects like education and health initiatives.

"I'm so excited to be your next mayor," she said to her supporters at the Press Room on Broadway.

Kincannon declared victory after Mannis called her to concede.

"I’ve got some good news, I hear we won! I got a gracious call from my esteemed opponent Eddie Mannis. Shout outs to him for running a great campaign," she said to huge applause.

Kincannon said earlier in the campaign one of her main focuses if elected would be to address affordable housing and workforce development in the community.

Kincannon also said she would continue to build partnerships with nonprofits and faith-based groups in the area to address homelessness and poverty -- saying she is a "big believer in a hand-up, not a hand-down."

RELATED: Knoxville's mayoral candidates face off in forum as early voters prepare to head to the polls

“While this is not the outcome we were hoping for, we must respect the voters in Knoxville,” he said. "This is one of the greatest cities in the country, and I will always say that. I love it with all my heart, and I will be cheering Indya on because I want Knoxville to succeed and I know all of you do as well.”

Mannis, who grew up in Knoxville, owns Prestige Cleaners and is the founder and president of Honor Air Knoxville, which takes veterans on free trips to Washington, DC to see the memorials. He previously served as Deputy Mayor and the city’s first Chief Operating Officer under current mayor Madeline Rogero. He's also served as chair of the board of McGhee Tyson Airport Zoo Knoxville.

Kincannon will take office in December, replacing Mayor Madeline Rogero, who has served for eight years and is unable to run again because of a two-term limit.