Tennessee Election 2020: Here are what the two Knox County charter amendments on the ballot mean

People in Knox County heading to vote will vote on two wordy amendments to the county charter. Here are what they mean. 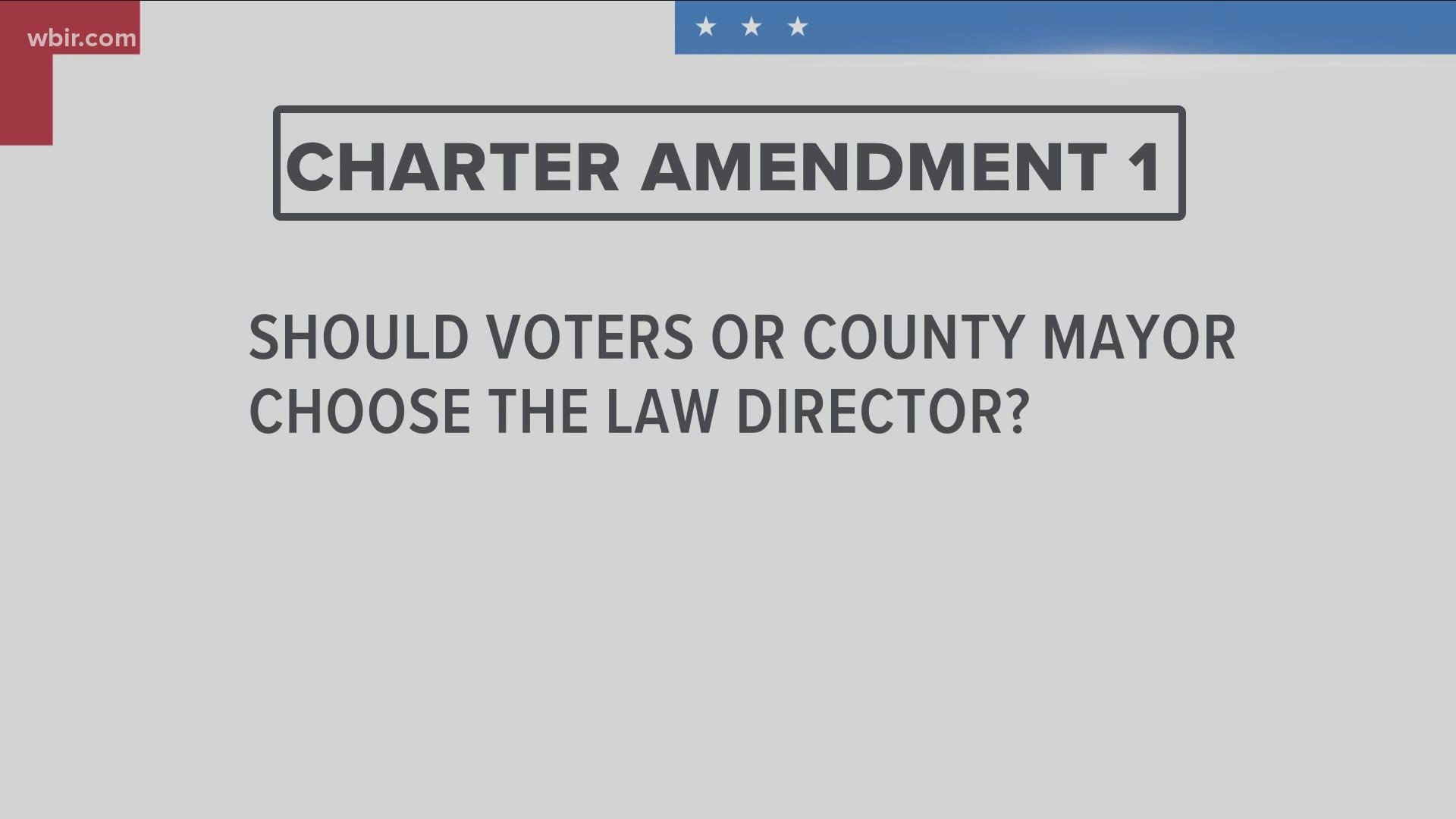 KNOX COUNTY, Tenn. — If you live in Knox County and are getting ready to cast your vote in the November election, you should know the last two measures on the ballot will require some extra thought.

Knox Countians will vote on two amendments to the county charter. On paper, the paragraphs explaining what you're voting for are a little daunting and filled with legal jargon -- so let's break them down to save you some reading time in the voting booth.

Amendment 1: Should voters or the mayor choose the law director?

The first amendment is asking if you would like to give the Knox County mayor the power to choose their own law director in the future, meaning voters would no longer directly elect the position starting in 2024. Voting "yes" would also allow the County Commission and School Board to hire their own attorneys.

People in support of a "yes" vote for this amendment say nearly all other local governments in Tennessee function in this manner -- with a mayor appointing this position. They say allowing the mayor, County Commission and School Board to choose their own attorneys will clear up a lot of conflicts of interest, saying the current system of having the law director represent all three at once is unfair and counter-intuitive since they can disagree with each other on legal matters. For example: the long negotiations over the TVA Tower deal.

Those who believe you should vote "no" say people should continue to have the power to vote for one of the most important and powerful jobs in the county. A "no" vote would allow voters to continue directly hiring or firing the law director instead of giving the power to the mayor -- incentivizing law directors to run their office efficiently in the interests of voters. It would also be the cheaper option for tax payers since hiring other attorneys for the commission and school board would increase legal fees slightly.

Amendment 2: Should the mayor be required to submit contracts less than $100K to the County Commission for record?

This amendment is much more straightforward than it looks on paper: Should Knox County law require the mayor to submit all contracts to the County Commission to keep them on public record?

A "yes" vote on this amendment would require the mayor to submit any of those contracts less than $100,000 in full to the Commission during its monthly meetings, even though they do not require their vote. This would make the text of these contracts more readily available to the public to know what contracts the mayor is approving. Knox County Mayor Glenn Jacobs said he supports this measure because it increases public oversight and transparency in local government.