Interactive map: Where you can vote early in East Tennessee

Here is a map of the early voting locations in Tennessee. 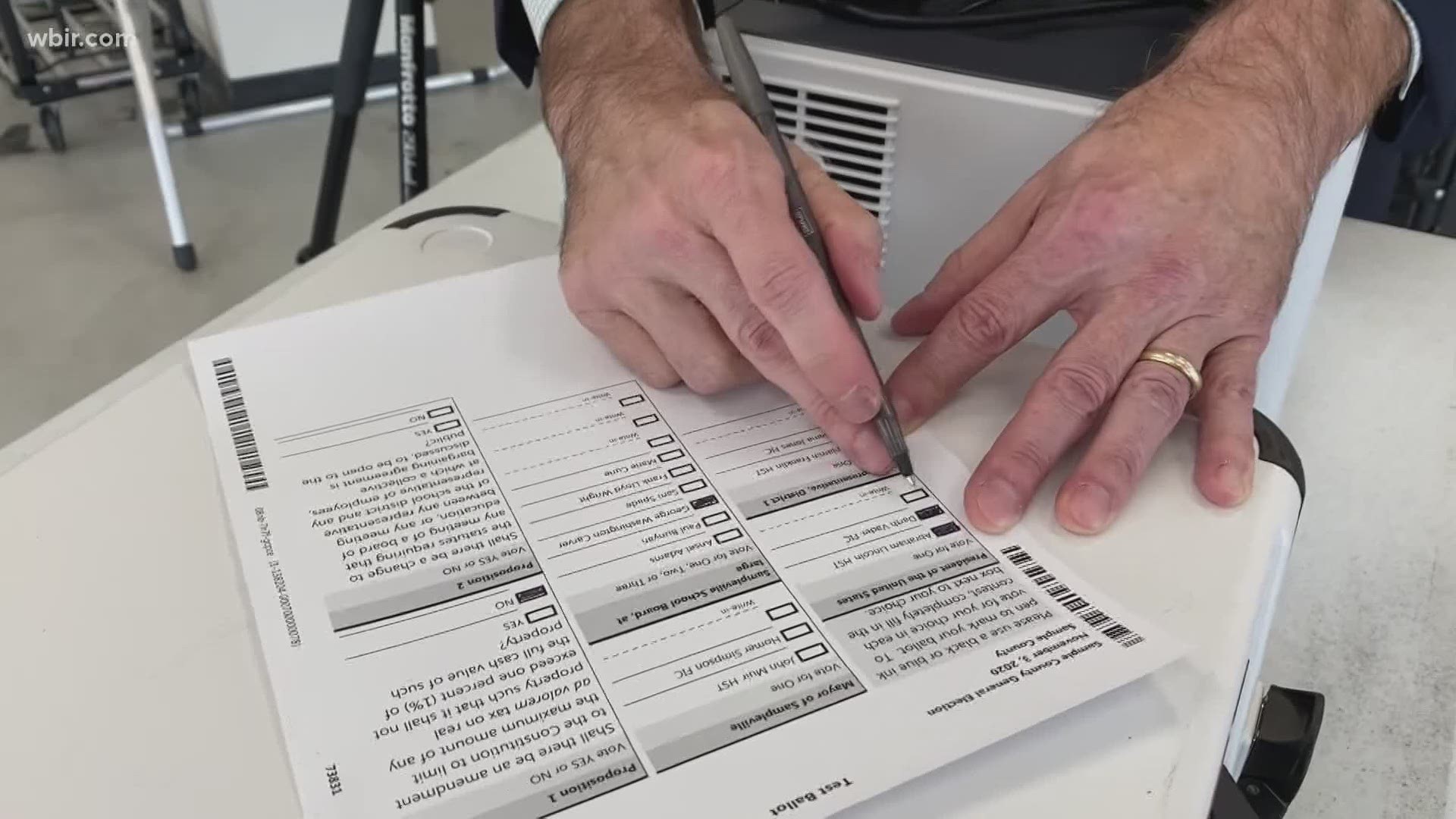 Voters in Tennessee have begun casting their ballots through early voting.

The early voting period goes until Oct. 29. All locations are closed on Sundays and have varying hours between Monday and Saturday.

There is at least one early voting location per county. The state does not limit voters to their precincts during the early voting period.

Below is a map of the locations. By clicking on an icon, you can see the hours and dates when a given voting location is open. You can also see the voting method.

ELECTION GUIDE: Tennessee Election 2020: What you need to know to register, cast your vote

If you wait until Nov. 3, it's possible there could be lines at certain times, especially at polling places that are traditionally busy. Presidential elections draw the biggest response. If you're in line at 8 p.m., you'll still be allowed to cast your vote. If you show up at 8:01 p.m., you'll miss out.

But election officials across the state are urging all voters to vote early if at all possible. It ensures the process is smoother for everyone.