Live Election Coverage: Republicans win big in Tennessee while Presidential race is too close to call

Follow along with live updates in the presidential election and important races in East Tennessee. 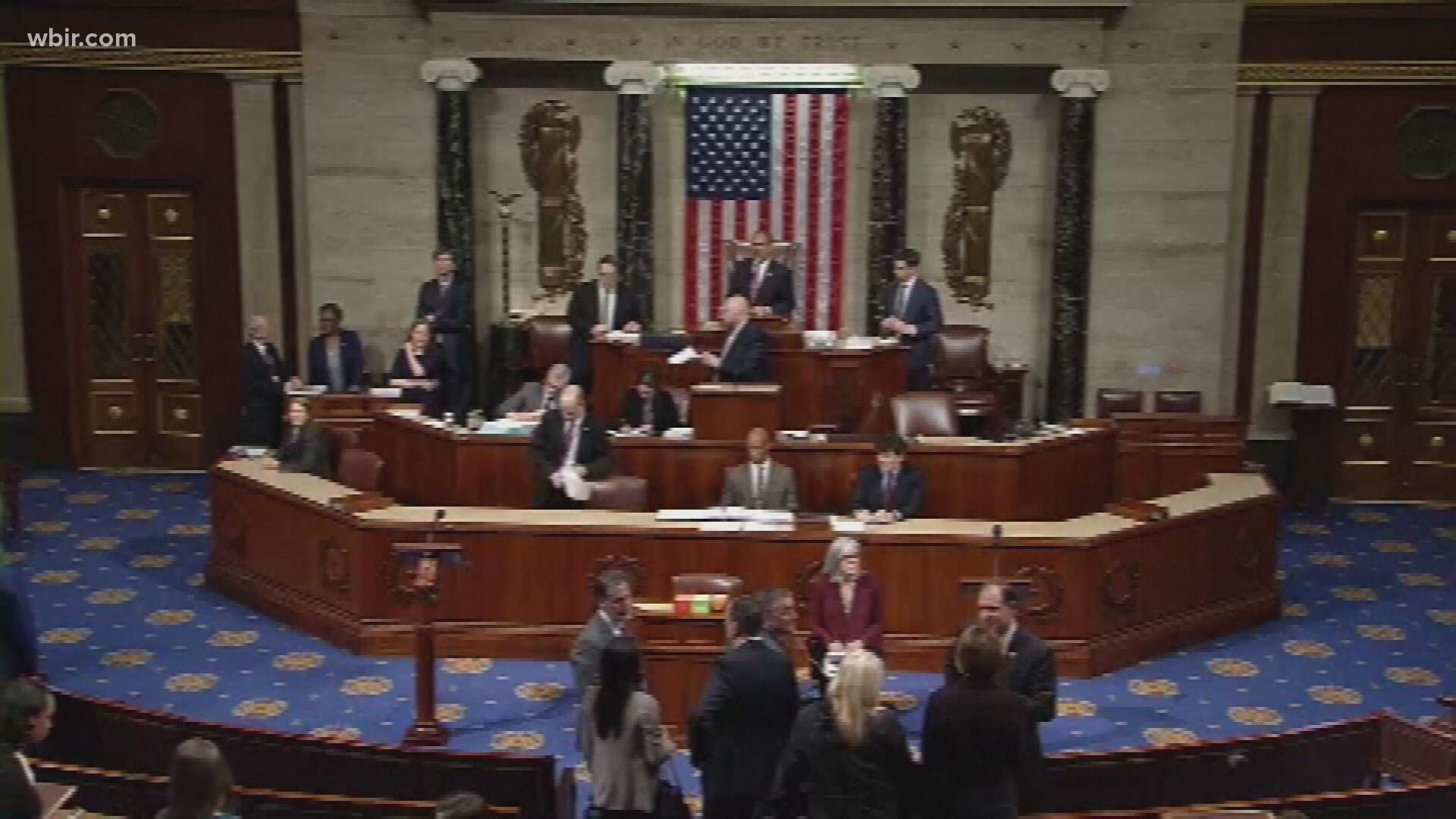 You can find the latest election results here after the polls close.

Follow along below with live updates in the presidential election and important races in East Tennessee. The most recent updates will appear at the top.

With votes still being counted in key battleground states, the Presidential race remains too close to call.

With Joe Biden maintaining a 209-118 lead in electoral votes, races were too early to call in the most fiercely contested and critical states on the map, including Florida, North Carolina, Georgia and Pennsylvania.

For live updates on the Presidential race, click here.

Polls have closed on the West Coast, and more states have been called by the Associated Press.

The AP reports Joe Biden has won California, New Hampshire, Oregon and Washington. Donald Trump has won Idaho and Utah, per the AP.

You can find the full results from Tennessee's local races at this link. 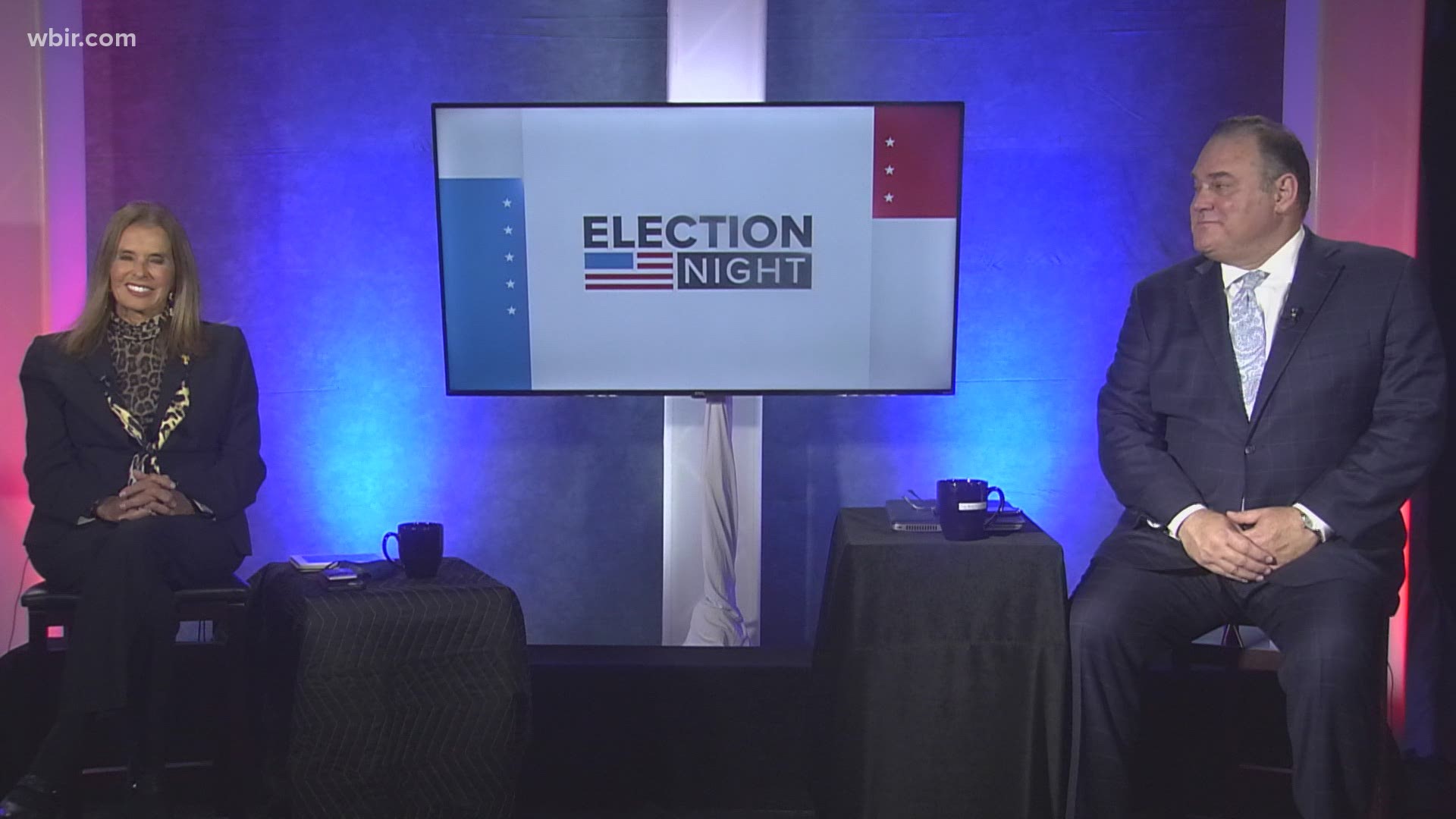 Democrat Marquita Bradshaw spoke to a crowd of supporters Tuesday night after Republican Bill Hagerty declared victory in Tennessee's U.S. Senate race earlier in the evening, saying she would not concede.

"We still got work to do, and I am going to make sure your vote is going to count. No, we cannot call this race," she said.

Donald Trump has won Kansas, according to the Associated Press.

The Associated Press has called Colorado for Joe Biden in the presidential race.

"I believe our steps are ordered and that nothing in this life is wasted. I am humbled that the people of East Tennessee have elected me to be their Congresswoman and I am ready to hit the ground running to represent our district. Thank you to all of the voters who supported and elected me," she said.

Several people who got in line before the polling time cut-off are still waiting to vote in Knox County at a few polling places.

According to the Knox County Election Commission, results are now estimated to arrive between 9:00 and 9:30 p.m.. including at Farragut Middle School.

Polls in other states have closed. According to the Associated Press, Donald Trump has picked up a win in Arkansas and Indiana.

Congratulations to @BillHagertyTN on his well-deserved election to the U.S. Senate. Bill will be a strong voice for our Tennessee values in Washington and we are proud to call him our state's next U.S. Senator.

You can watch Hagerty's speech below:

Polls have officially closed in Tennessee. According to Tennessee Secretary of State Tre Hargett, early voting results should begin coming out around 8:30 p.m. EST.

With more than half of the state's polls closed across the U.S., the Associated Press has called several more races. Trump has won South Carolina, Alabama, Mississippi, and Oklahoma, according to AP.

Republican Mitch McConnell won reelection to Senate, according to AP.

Polls have closed in North Carolina, Ohio and West Virginia.

Shortly after the polls closed, the Associated Press called the presidential race in West Virginia for Donald Trump.

Joe Biden has won Virginia, according to the AP.

In Kentucky's eastern 5th District, Republican Harold Rogers has won reelection for his House seat, according to the AP.

Turnout is already breaking records in Tennessee and across the country.

Some precincts in East Tennessee still had lines with people waiting 30 minutes to an hour to cast a vote as of 6:00 p.m.

More than half of all district voters in the state had cast ballots. That's nearly 2.3 million people --  a record for the state and also for Knox County. Turnout in Knox County is expected to surpass well above 200,000 people. That would be well above the record of 188,000 set in 2018. 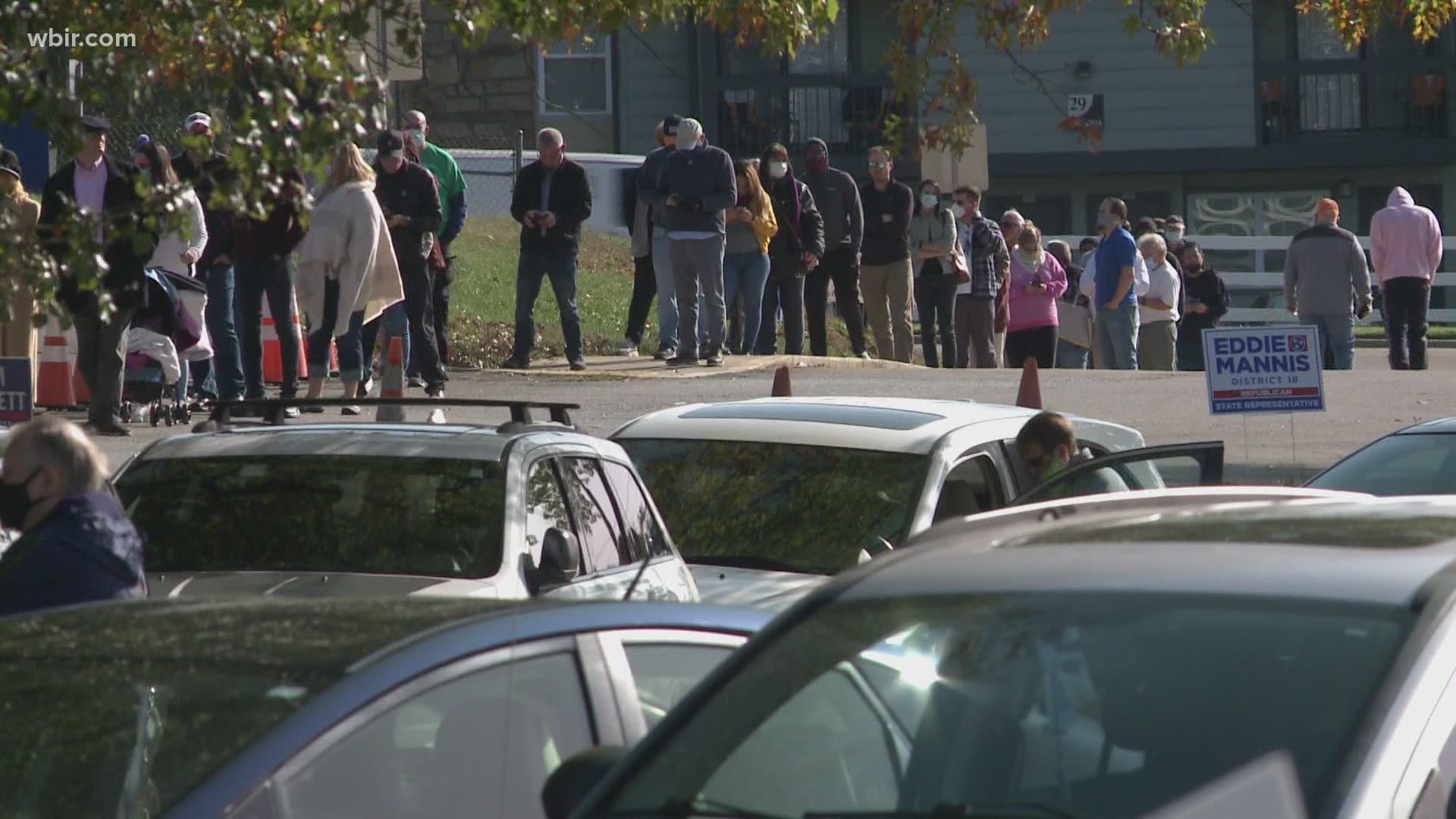 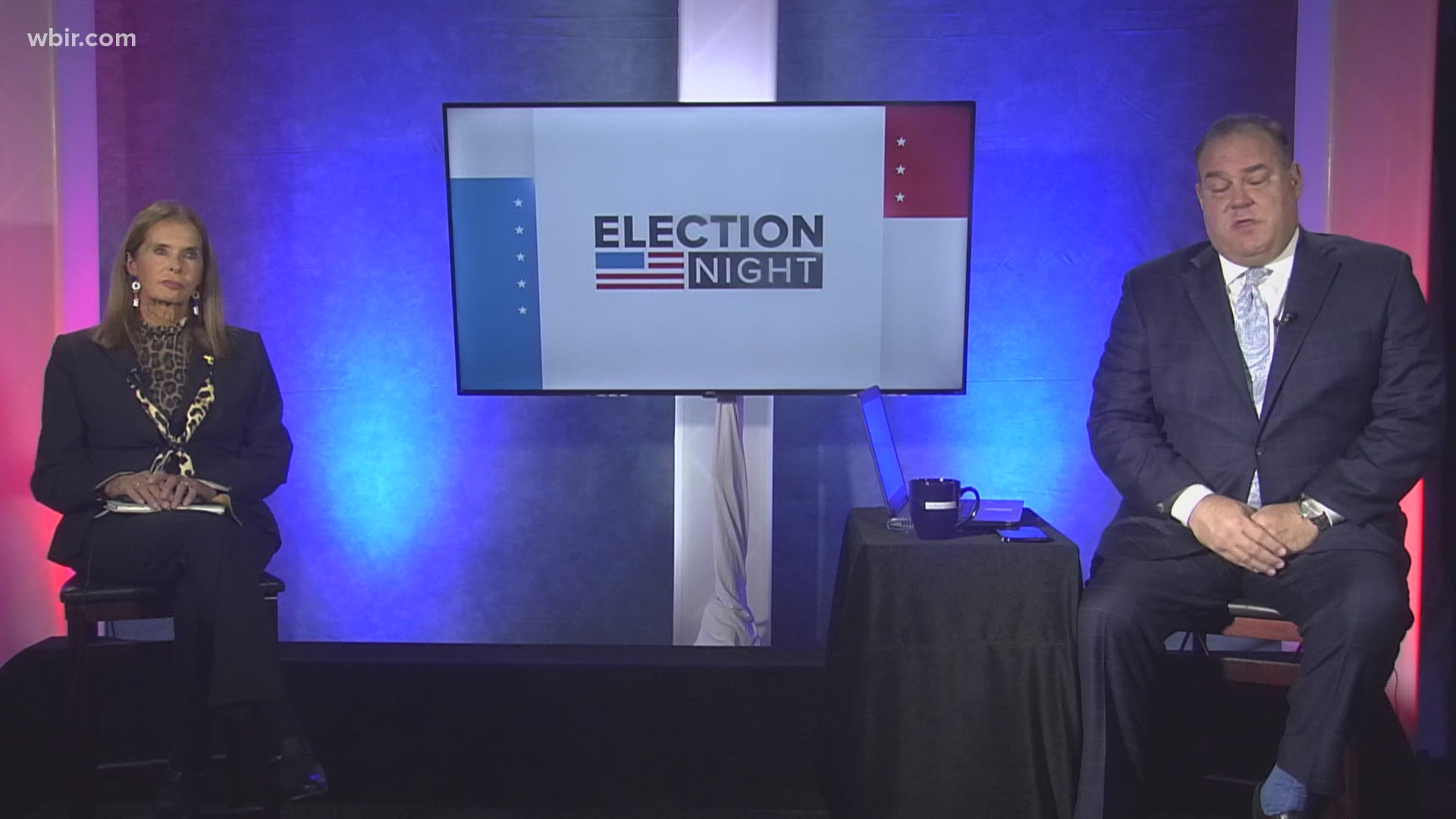