Crews are busy assembling the stage inside the Curb Event Center on Belmont University's campus. Road closures on campus and in nearby neighborhoods began Wednesday 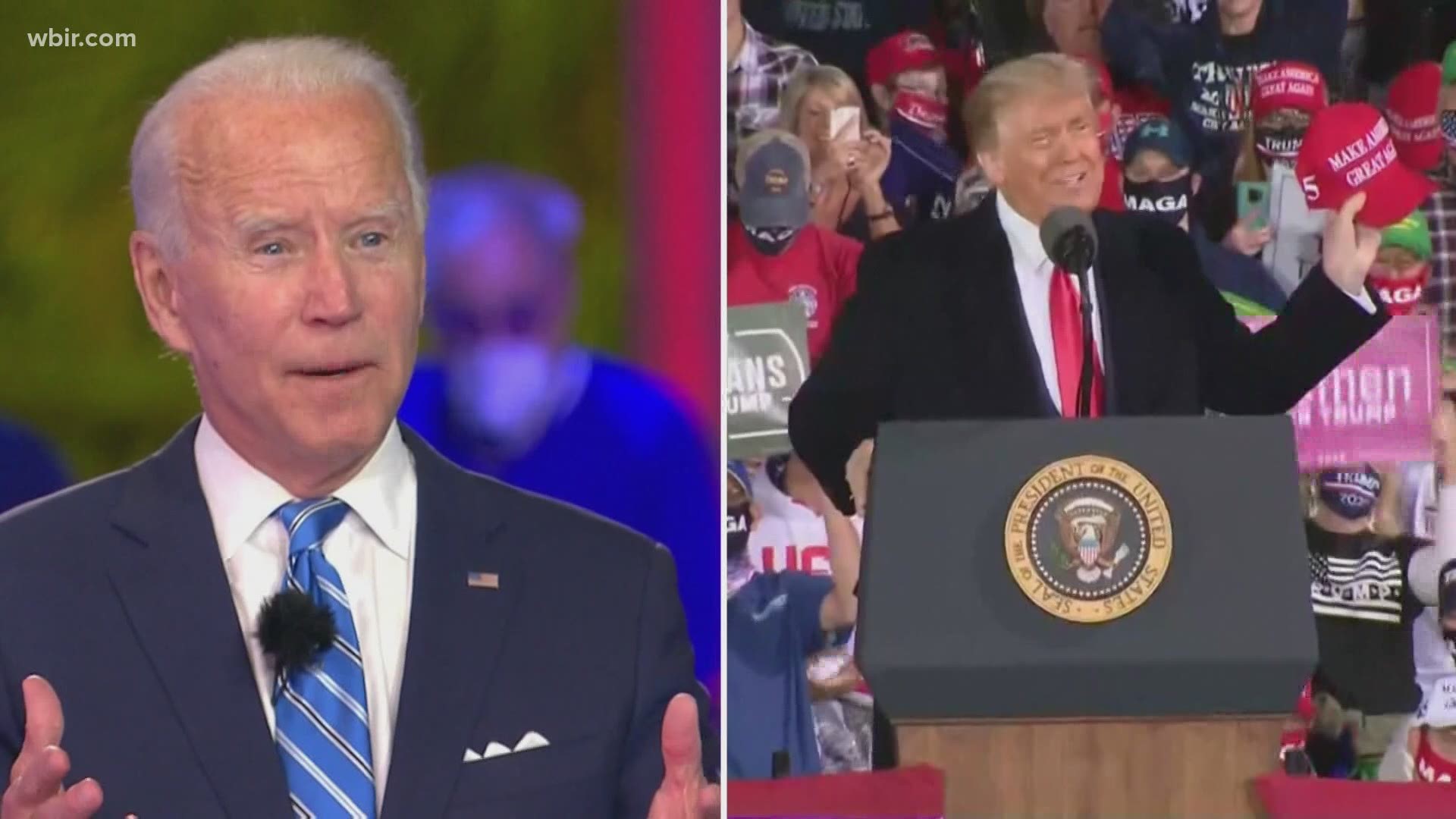 NASHVILLE, Tenn. — In Middle Tennessee, preparations are underway for the final presidential debate in Nashville.

Crews are busy assembling the stage inside the Curb Event Center on campus.

Meanwhile, road closures on campus and in nearby neighborhoods began Wednesday.

TRAFFIC ADVISORY: To secure motorcade routes for the presidential debate at @BelmontUniv, intermittent temporary road closures will take place in Nashville Thursday. Officers will work to minimize the inconvenience by reopening roads as they can. Travel delays should be expected. pic.twitter.com/nvuRA2FNKV

Nashville Mayor John Cooper said they've taken action to control the coronavirus ahead of the debate.

COVID-19, race in America and climate change are just a few of the hot topics candidates will discuss.

Here's how this final debate will work:

The 90-minute debate is divided into six 15-minute segments.

Each candidate will have two minutes to deliver uninterrupted remarks before proceeding to an open debate.

This is new. Each candidates' microphone will be cut-off while the other delivers their opening two-minute answer to each of the debate topics.

RELATED: Trump, Biden mics to be cut during initial answer to questions in debate Thursday

Any interruptions during the open debate portion will count against their time.

The changes come after the chaotic first debate where there were frequent interruptions.