Knoxville Primary Election results in, Mannis and Kincannon will move on to the general election

The results are in!

KNOXVILLE, Tenn. — UPDATE: Eddie Mannis and Indya Kincannon are moving on to the general election.

Mannis finished with 37.55% of the vote. It was a tight race throughout the evening for second place, with Kincannon eventually finishing with 28.38% over Marshall Stair, who came in third with 26.75%.

You can find the latest results at the link below.

The At-Large C seat features five candidates: Amy Midis; Amelia Parker; Hubert Smith; Bob Thomas; and David Williams. After Tuesday, only two of the five will be on the Nov. 5 ballot.

This race was tight for the top three. With the final results in, Amelia Parker was the top vote-getter with 29.17% of the vote. Amy Midis came in a close second, with 28.68%, and Bob Thomas finished third with 27.22%.

Parker and Midis will move on to the general election. 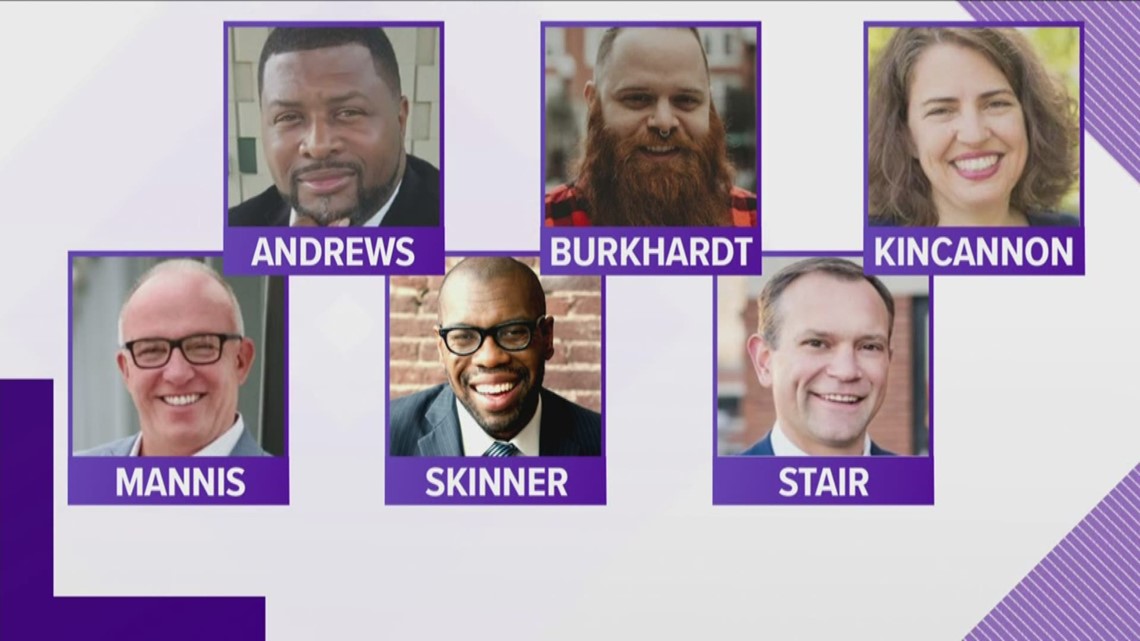 Knoxville 2019 Election: Where the candidates stand
KNOXVILLE, Tenn. - Knoxville is preparing to elect a new mayor for the first time in eight years, and there are six candidates competing for the job. We've talked to all of them over the course of the last several weeks.

We've talked to all of the mayoral candidates over the course of the last several weeks about issues they think are important for the city. You can watch every one of those videos here.

The mayoral race could be decided by the primary election. If a candidate receives 50% of the vote plus one vote, there will not be a need for a runoff in November.

The regular election will be Nov. 5.

There are nearly 92,000 active voters in the city, and at least 10,000 of them cast votes during the early voting period. Election officials are hoping to get that same number on Election Day.

If you're planning on heading to the polls for Election Day Tuesday, here are a few things to keep in mind as you cast your vote.

WHERE DO I GO?

Starting at 8 a.m. Tuesday, 40 polling precincts will open its doors. If you're in line when polls close at 8 p.m., you can still vote.

Unlike early voting, you must go to a specific location to cast your vote on actual Election Day.

You can find that information on your voter registration card or at the link below.

Be aware if you live in the Oakwood/Lincoln Park area and voted in 2018 at Christenberry Elementary School, your Election Day polling place has changed. You will vote at Lincoln Park Center on Chickamauga Avenue.

If you need a ride to cast your vote, KAT buses will be running for free on Election Day.

To plan a trip to a voting precinct location, stop by KAT’s Customer Service Counter staff at Knoxville Station, call KAT’s information line at 865-637-3000, or download the KATbus Tracker App on an Android or iPhone smartphone.

RELATED: You can now text KAT or check its app to find out when the next bus arrives

WHAT DO YOU NEED?

Other things to keep in mind; no ballot selfies! It's illegal to take photos or video while voting.

You can not wear political clothing that supports any candidate on *this* ballot. You'll be asked to remove it before you vote.

Moms and dads, your children can come to watch this process and vote with you.