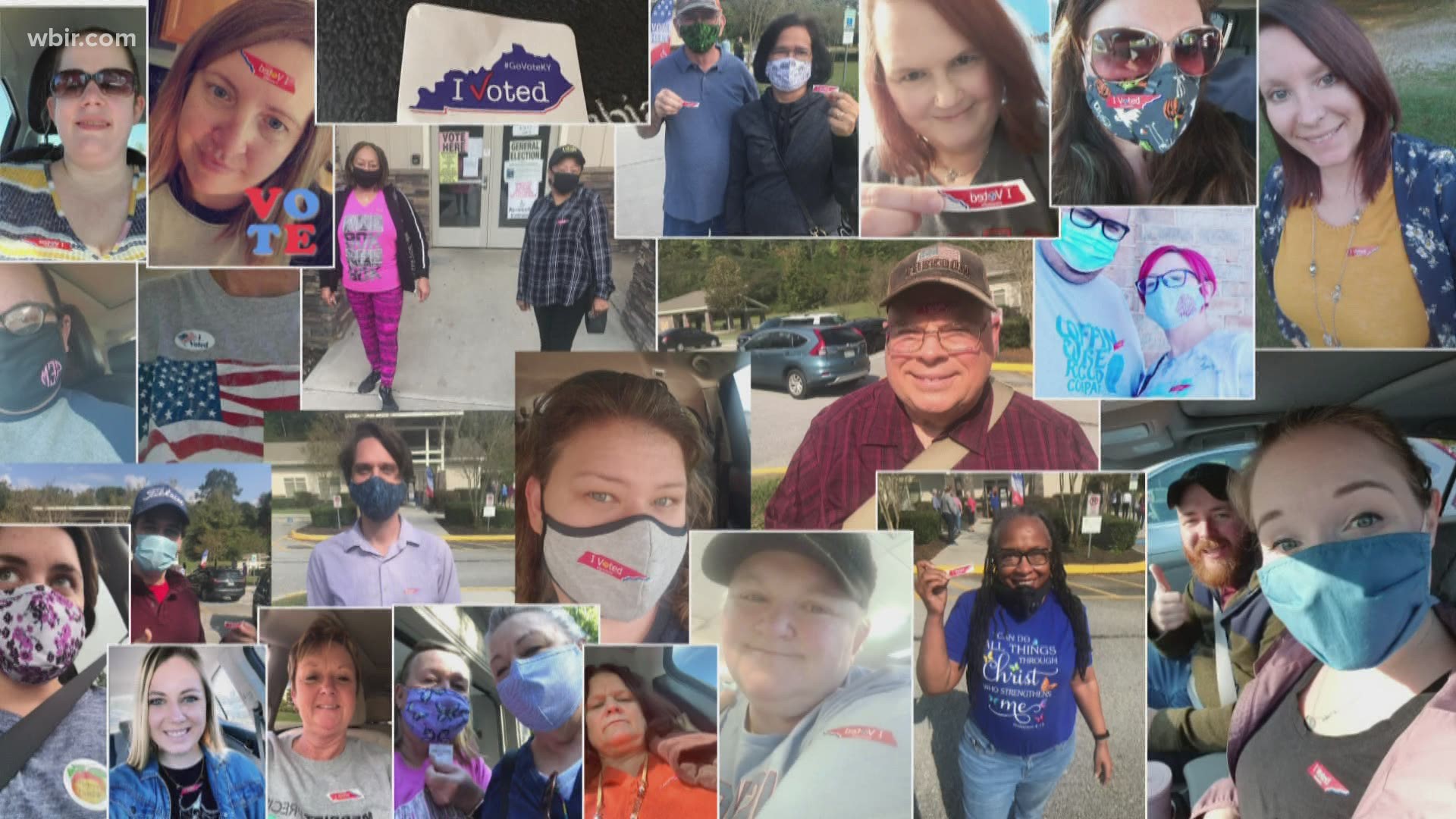 NASHVILLE, Tenn. — Lines stretched around polling stations across Tennessee, with some voters saying that they waited hours to cast a ballot. And less than a week into early voting, more than a million people have voted in the state.

The Tennessee Secretary of State, Tre Hargett, said Wednesday that 1,085,384 people cast a ballot so far for the presidential election. They said that there is around a 47 percent increase of in-person and absentee by-mail voters compared to 2016 and that each county in the state has reported higher numbers.

"At this rate, we are on pace to break the state’s previous early voting turnout record, set during the last presidential election,” said Coordinator of Elections Mark Goins.

Voters are encouraged to wear a face covering and practice social distancing while at the polls. Early voting runs Monday - Saturday until Oct. 29 and Election Day will be on Nov. 3.

In Knox County, early voting locations are open 10 a.m.-6 p.m. Monday through Friday, Oct. 14-24. On Saturdays, they are open between 11 a.m. - 5 p.m., except for the City-County Building, Meridian Baptist and the Karns Senior Center.

All locations will also be open between 8 a.m. - 8 p.m. Oct. 26 - Oct. 29, except for the three listed above. All early voting locations in Knox County are listed below:

Voters will need to bring a valid photo ID to the polls, officials said. A Tennessee driver's license is acceptable to vote with. People can also bring a photo ID issued by the Tennessee Department of Safety and Homeland Security, as well as IDs from the Tennessee or federal governments.

Polling locations and the areas within a 100-foot boundary surrounding each entrance are campaign-free zones. Voters wearing campaign-related clothing or paraphernalia will not be allowed with the boundary, according to officials.