Election Day in Tennessee: Find the latest results as they come in

It’s Election Day in Tennessee for the State and Federal Primary and Shelby County General election.

MEMPHIS, Tenn. — Voters headed to the polls Thursday to cast their ballots in several state and federal primaries and the Shelby County general election.

8/7/2020 - 9:50 a.m. - (STATEMENT) - "My family and I want to thank the citizens of Shelby County for having continued faith in my abilities by entrusting me with the office of the General Sessions Court Clerk.  God once again, has truly blessed and brought me through.  It is my goal to have a seamless transition as Mr. Ed Stanton and his staff have done an outstanding job during his tenure.

I have been a good public servant for 21 years as a Memphis City Councilman. I’ve always served the people and have always stood with families.  In saying that, we plan to bring that same kind of commitment to the General Sessions Court Clerk’s office.

I will do my best to fulfill the expectations the citizens have of this office and more.

Bradshaw defeated Nashville attorney and former Army helicopter pilot James Mackler, who had snagged an endorsement from the Democratic Senatorial Campaign Committee and others.

Bradshaw and Hagerty are seeking to succeed Republican Sen. Lamar Alexander, who is retiring. Republicans have held both Senate seats in Tennessee since 1994.

The progressive movement is undeniable! Thank you all so much for your support and this victory. It’s time to put hardworking people first.

RELATED: Hagerty vs. Bradshaw in race to succeed US Sen. Alexander

Results were still being counted as of Thursday evening.

Hagerty overcame a challenge from trauma surgeon Manny Sethi to clinch his party’s nomination for the seat of retiring Republican Sen. Lamar Alexander. Hagerty ignored Sethi for most of the campaign, but in recent weeks the two brawled back-and-forth in TV ads over who was more conservative and loyal to Trump.

Republicans have held both Tennessee Senate seats since 1994. Hagerty will face the winner of the Democratic primary in the November election.

TUNE IN now to watch my speech on the Tennessee Republican Senate Primary Election: #MAGA #KAG2020

We will provide updates to the latest results below as they come in. 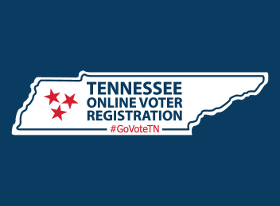