"We did it" | Marquita Bradshaw wins Democratic Senate primary in Tennessee

The progressive Democrat defeated her opponents with a grassroots campaign that had no paid staff and just $20,000. 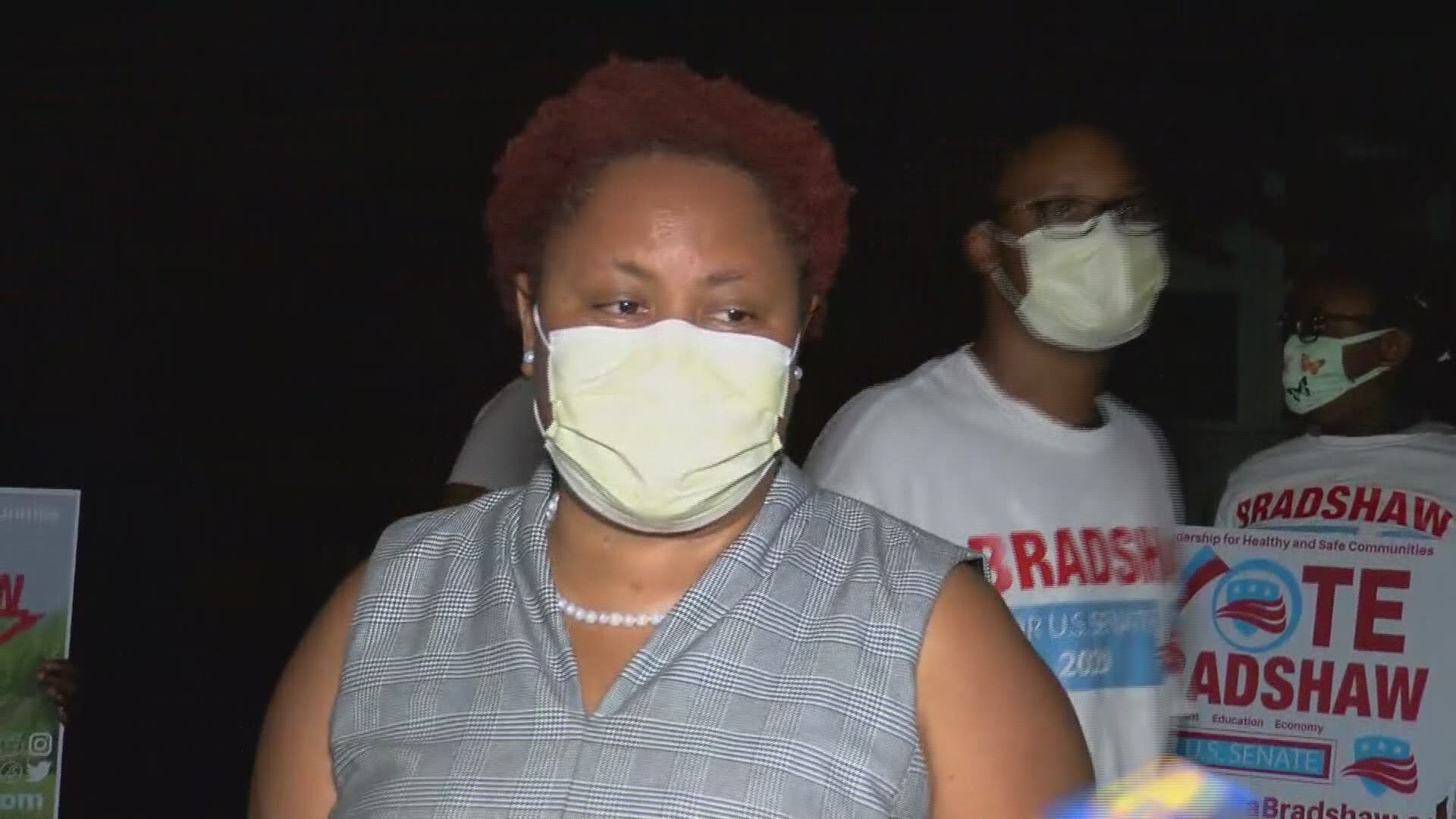 The progressive Democrat defeated her opponents with a grassroots campaign that had no paid staff and less than $20,000.

She will be the first Black woman to represent either party in a U.S. Senate race from Tennessee.

"When we entered this race, many told us we didn't have a place here. And hardworking Tennesseans said different tonight," she said.

"We did it. This was not Marquita by herself. With less than $25,000 we beat a $1 million budget because people lent their resources and worked their networks," she said.

Bradshaw grew up in South Memphis and graduated from the University of Memphis.

According to her website, she has extensive experience in the environmental justice movement and says she's an advocate for human rights.

On her Facebook page, she says "The US Senate does not represent all of the voices in the United States. Marginalized groups need representation, and that is why I am running. When investments are made in these communities, we make them healthy and safe– strengthening America."

She's a single mom to one son.

Right now, Marquita Bradshaw is leading with 31% of the vote, followed by Robin Kimbrough with 27% and James Mackler with 26%.

There are five candidates in the running for the Democratic nomination for U.S. Senate in Tennessee.

James Mackler has raised the most money and is the presumed front-runner in the race. He is an attorney and Iraq War veteran from Nashville.

Marquita Bradshaw, from Memphis, lists extensive experience in the environmental justice movement and says she's an advocate for human rights.

RELATED: August 6 Election: Who's on the ballot in East Tennessee, and where do I vote?

Gary G. Davis of Nashville has several previous runs for U.S. Senate. No campaign website can be found.

Mark Pickrell was born and raised in Oak Ridge but is now an attorney in Nashville. He's worked for a federal judge in Kentucky and a law firm in New York City.