ThinkTennessee released a report this year tackling what voting rights and restoration looks like for felons in Tennessee. 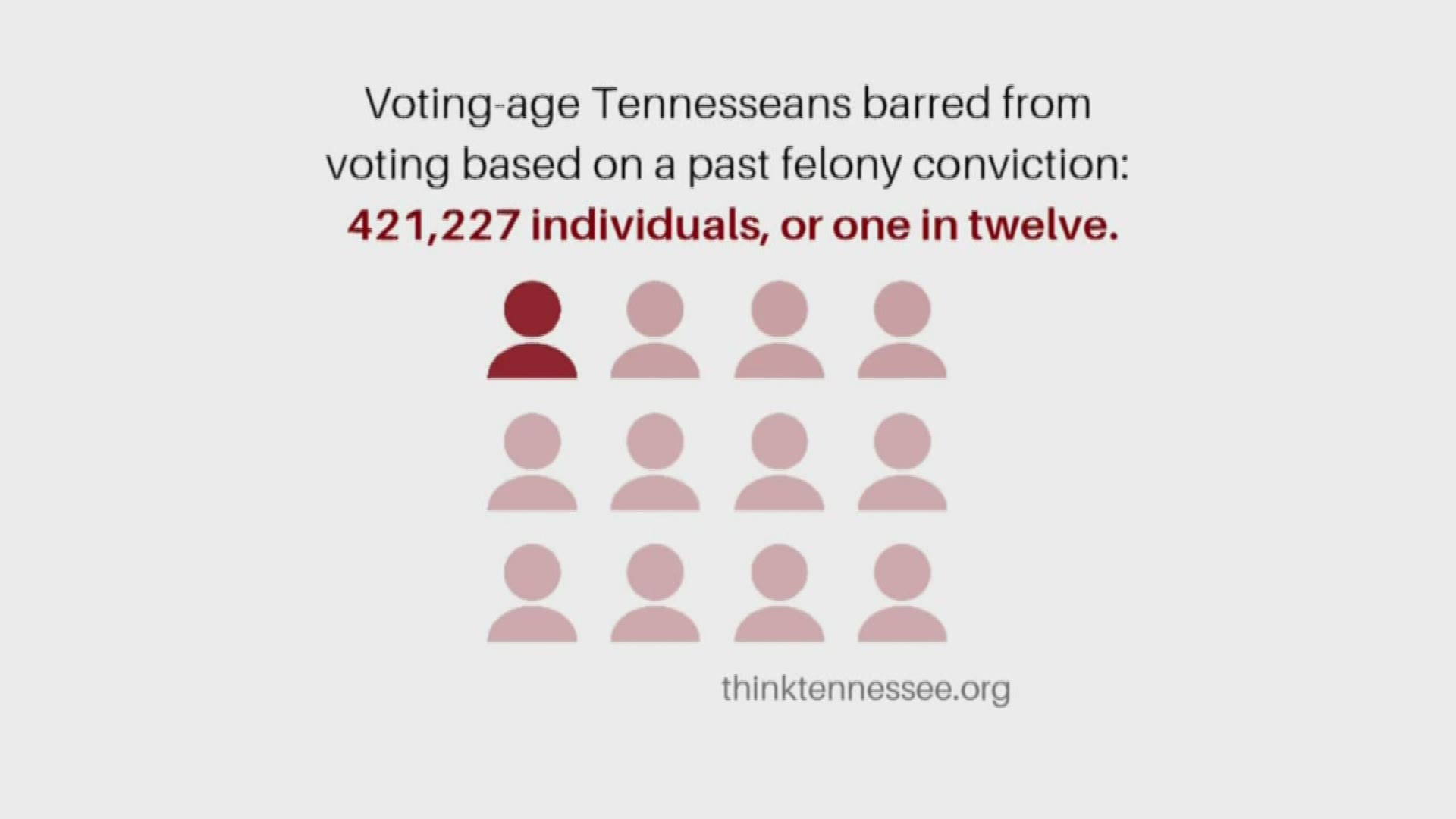 In the Nashville-based non-partisan think tank's most recent report, it noted just how big of an issue it is here in Tennessee.

"About 420,000 people in our state right now are denied the right to vote because of a past felony conviction," she said.

According to the report, it is the specific restoration process in Tennessee that makes things a little more difficult.

"Out of the 320,000 folks who have finished their sentences, only 3.6% of people have made it through that process," she said.

According to Hughey, all felons looking to regain their right must be up to date on all child support payments, a factor she said holds a lot of people back.

"It is an extremely complicated process right now," she said.

It is something the local Women's League of Voters tries to work through on a local level.

"We're always about getting information to the people, whether it's registering, your voting rights, or learning how to vote,"  communications chair Kathryn King said.

She believes information is one of the biggest barriers, so the challenge is actually making sure people know what the path looks like.

"At one of our forums last fall we had some who were convicted felons and wanted to get their voting rights restored," King said.

While King also believes there are moments of push-back on a national level, she and Hughey agree across the aisle that people want to see the law change to look a little different.

"We're at this unique moment here in Tennessee where folks of all walks of life, Republicans and Democrats alike, really believing in this idea that Tennessee law should reflect this belief in second chances," she said.

Just this year, Tennessee State Representative Michael Curcio (R-Dickson) introduced legislation that would address some of the barriers eligible felons face when trying to restore their right to vote. He introduced the bill in February, and it was deferred for the 2020 legislative session.