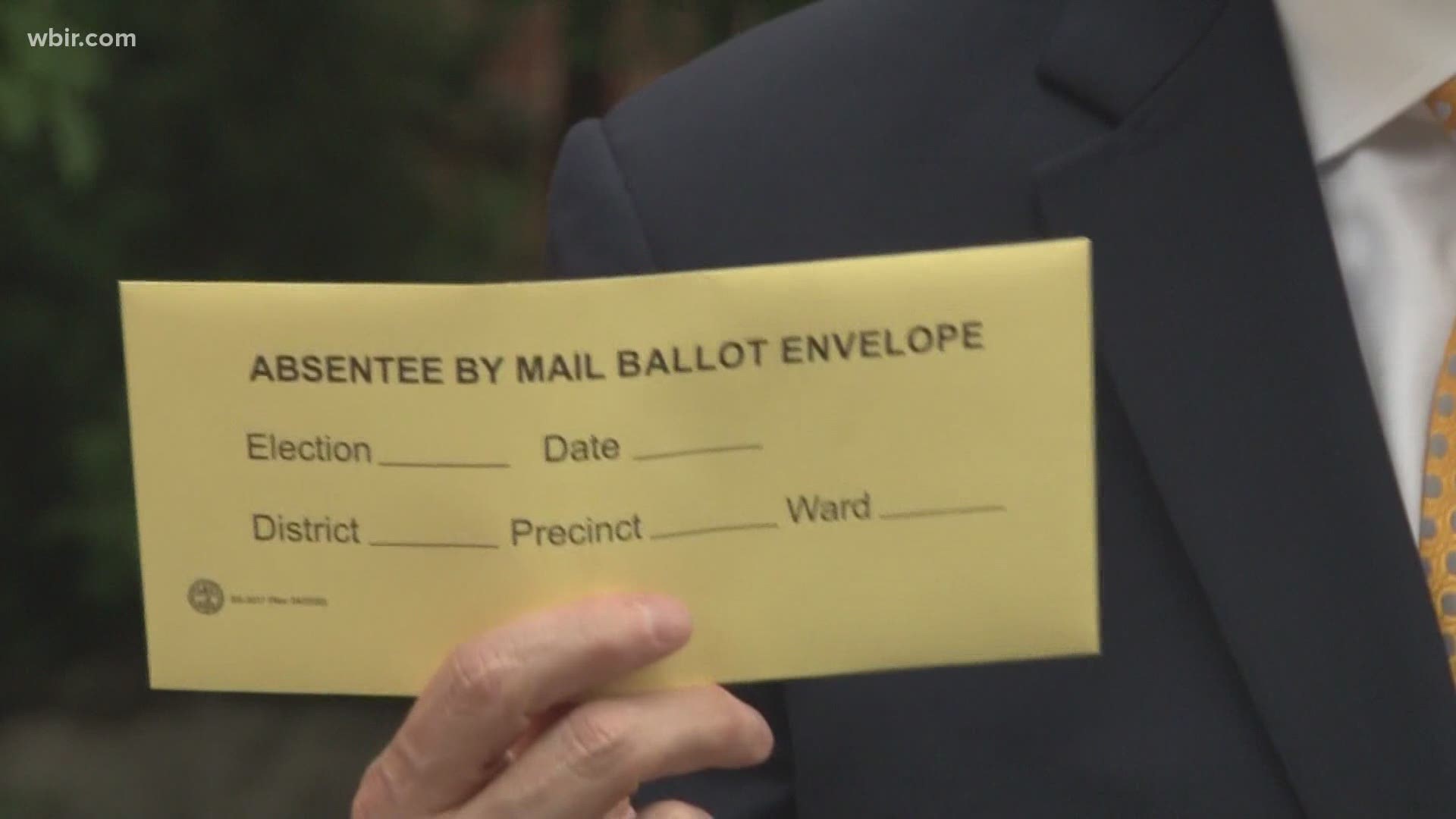 KNOXVILLE, Tenn. — More Americans are requesting mail-in ballots than ever before as many fear voting in crowded places due to the coronavirus pandemic.

Critics of mail-in ballots, including President Donald Trump and Tennessee Governor Bill Lee, have expressed concerns that the system is open to corruption.

In Tennessee, a Nashville judge ruled the state must offer absentee voting to all registered voters during the pandemic.

The state is fighting that order, though the request for a mail-in ballot because of COVID-19 has already been added to Knox County's absentee ballot application form.

Tweets from the president as recently as Monday make it sound like mail-in votes will rig 2020 elections.

10News worked to verify this claim using information from the Knox County Election Commission, the U.S. Vote Foundation, the Centers for Disease Control and the Federal Bureau of Investigation.

As of June 23, Knox County had about 5,500 mail-in ballot requests for the August 6 election, and the deadline to apply for one isn't until July 31.

In 2016, there were only 880 absentee ballots cast for the same election.

The CDC's guidelines for voting safety said "encourage voters to use voting methods that minimize direct contact with other people and reduce crowd size at polling stations."

It lists mail-in voting as an option, not a requirement.

As far as protecting people's ballots, the FBI said that's a priority of theirs at election time.

It lists nothing about threats to mail-in voting.

While uncommon, examples of voter fraud in Knox County included felons trying to vote and people giving the wrong addresses.

Knox County officials said their election staff is trained to find and void false ballots before they're counted, through several checkpoints including signature verification.

So we can verify the claim that mail-in voting will rig elections is FALSE.

If you have a claim you'd like 10News to verify, email us at verify@wbir.com.