'Your vote matters' | University of Tennessee students encouraging others to vote

In 2016, data showed just 45.5 percent of enrolled students at UT voted in the general election. 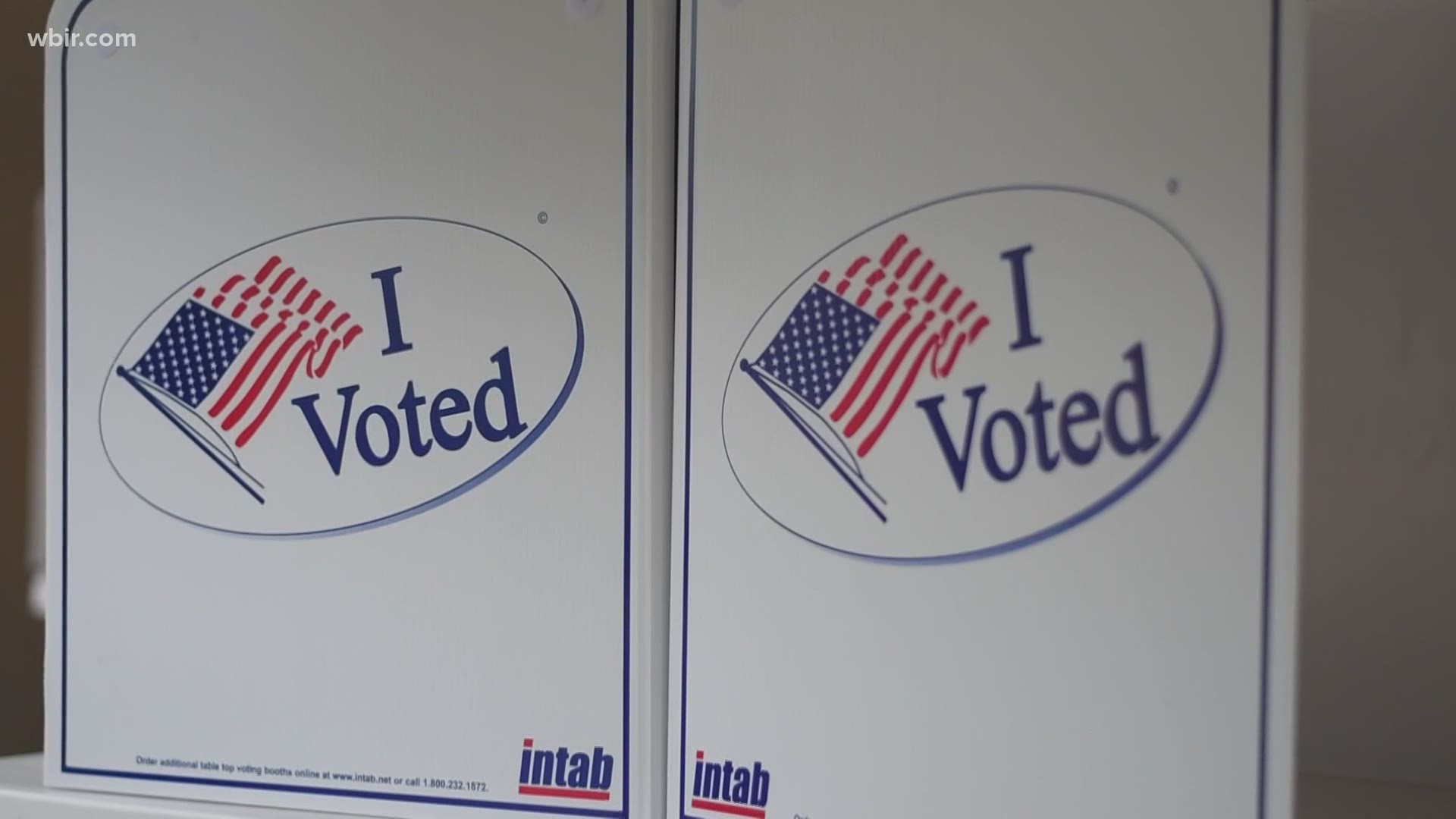 "It actually approached our presidential levels across all counties," said Dr. Katie Cahill, Associate Director of the Howard H. Baker Jr. Center for Public Policy. "However, because we started from a lower position, the state was still in the bottom 10."

At the University of Tennessee Knoxville, about 36 percent of enrolled students voted, up from 15.8 percent in 2014. Data from the Baker Center showed similar trends at UT Martin and UT Chattanooga as well.

"Although improvements have been made, UT students continue to lag behind the participation rate of students at other universities, adults in the state, and the rest of the country," Dr. Cahill said in an email to 10News.

This year, students are making a push for their colleagues to get out and vote. UT Law student Chad Taylor is one of them.

"The decisions that politicians make now will affect us in the future so it's important to get your voice out there," Taylor said. "One of the founding principles of this country is voting."

Now, student organizations and athletic teams are trying to change that.

Every eligible voter on the men's and women's basketball teams and women's tennis team are registered to vote, per UT athletics. Football, rowing, soccer, softball, swimming and diving and volleyball teams were also approaching 100 percent registration, as of Sept. 23.

And like usual, the Howard H. Baker Jr. Center for Public Policy will serve as an early voting location for a few days.

"It's actually hosting early voting 26, 27, 28 and 29 of October this year," Taylor said. "Anybody registered in Knox County, not just UT students, can come vote."