The Tennessee General Assembly passed "Evelyn Boswell's Law" on second reading in the House and Senate on Wednesday. 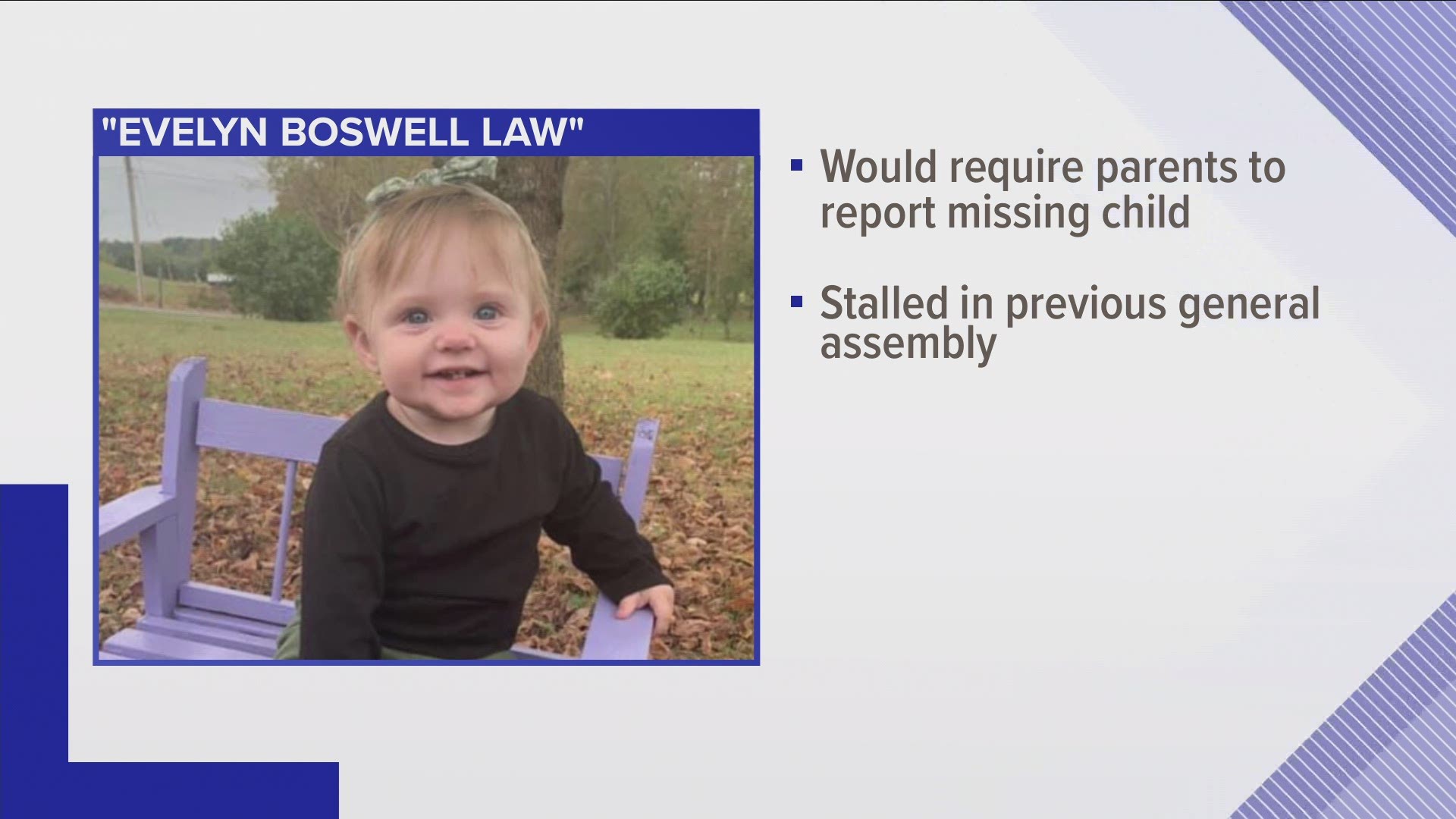 A law meant to ensure that parents report missing children advanced in the Tennessee General Assembly on Wednesday.

It is known as "Evelyn Boswell's Law." The bill would require parents to report children as missing no more than 24 hours after determining that the child is gone. If parents do not report them as missing, it would be a Class A misdemeanor.

However, parents will not need to report children as missing within 24 hours if they make efforts to find them and it delays them from reaching out to law enforcement, according to the bill.

The bill is named after a 15-month-old girl whose remains were found on a property belonging to a family member of the mother. She was found two weeks after an AMBER Alert search started.

The search began in February after the Sullivan County Sheriff's Office received a referral from the Tennessee Department of Children's Services, saying that family members had not seen Evelyn in around two months. They said she hadn't been seen since Dec. 26.

"Evelyn Boswell's Law" was introduced in the last General Assembly but was stalled in Congress. The bill still has several steps to go before it will officially become law.