Tennessee House Speaker Glen Casada has apologized for sending sexually explicit text messages to his former aide, but has refused to step down even as his Republican peers voted Monday they no longer have confidence in his leadership. 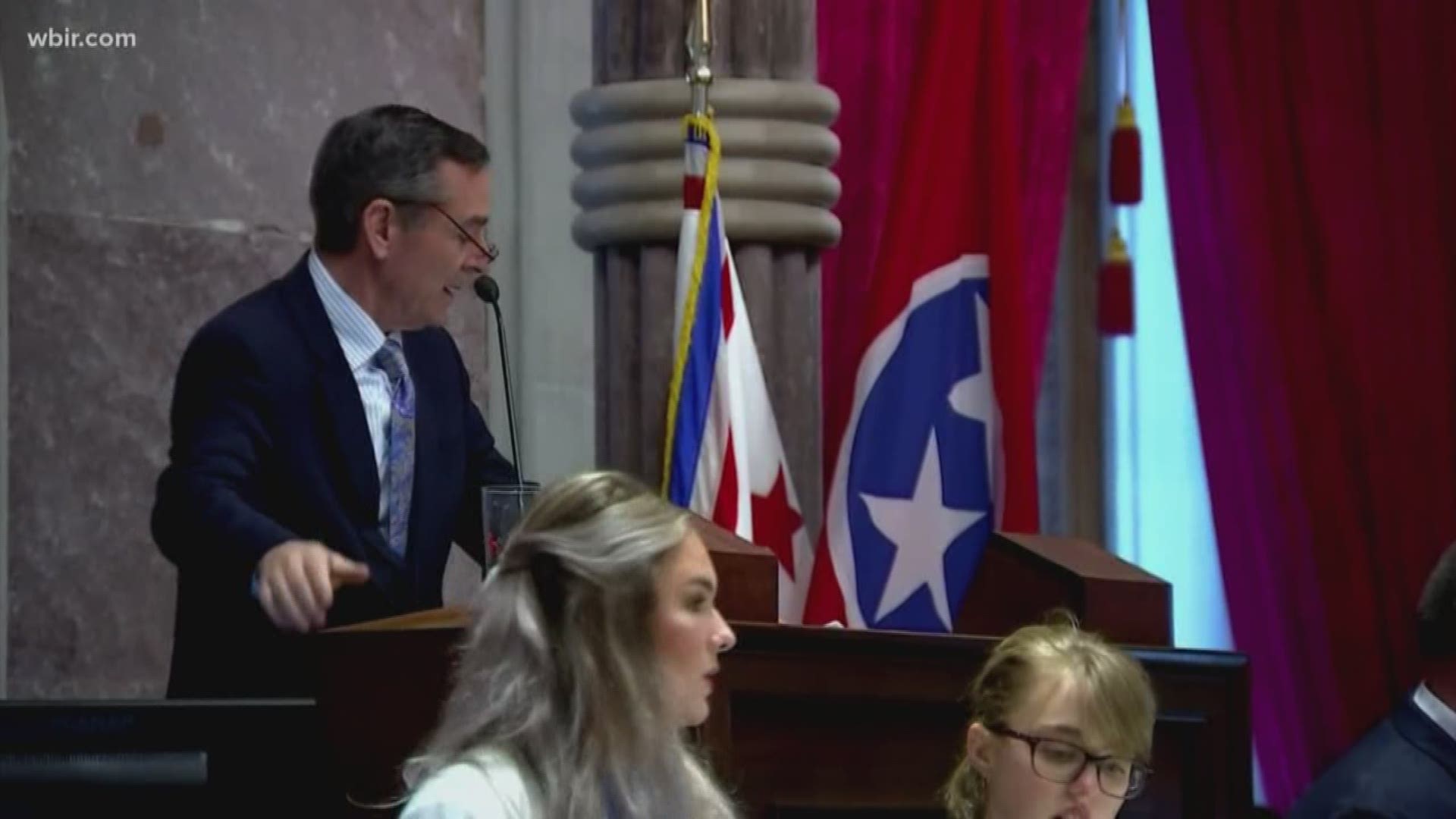 NASHVILLE, Tenn. — Gov. Bill Lee said he is prepared to call a special session after House Republicans voted 45-24 they no longer have confidence in speaker Glen Casada's ability to lead, following a meeting behind closed doors in Nashville Monday.

The no confidence vote comes after many Republican lawmakers called for Casada to step down as speaker, as well as Democratic lawmakers and advocacy groups upset with the series of text message scandals that include Casada's former chief of staff sending racist messages, accusations of evidence tampering and Casada participating in sexually explicit texts with his top aide.

The caucus, made up of 69 state representatives, met for more than three hours, deciding they no longer have confidence in Casada.

Casada is still speaker following the vote, as there is nothing the caucus could do on their own to replace him without his willing resignation or the Gov. Lee stepping in. Casada said the vote gave him 'something to consider' and he would use the next months to try and regain their confidence.

Casada now has more than just the no confidence vote to consider, though, as Gov. Bill Lee now has made it clear he is prepared to call a special session if Casada does not resign -- saying House Republicans 'sent a clear message.'

On Monday, Republicans were greeted in Nashville by protesters with signs calling for Casada's resignation.

The speaker addressed the members of his party and answered their questions, but before the Governor announced his intentions -- Casada did not seem to show any signs of stepping down. He believed before the vote that he still has the support of his colleagues.

If Casada steps down, Knoxville Representative Bill Dunn will take over the role as speaker. He called for Casada's resignation last week.

The event was closed to the public and press at the request of the lawmakers who spearheaded the caucus meeting.