Governor Bill Lee is asking the Senate to pass a bill that would end Nathan Bedford Forrest Day, which recognizes the confederate general and KKK leader. 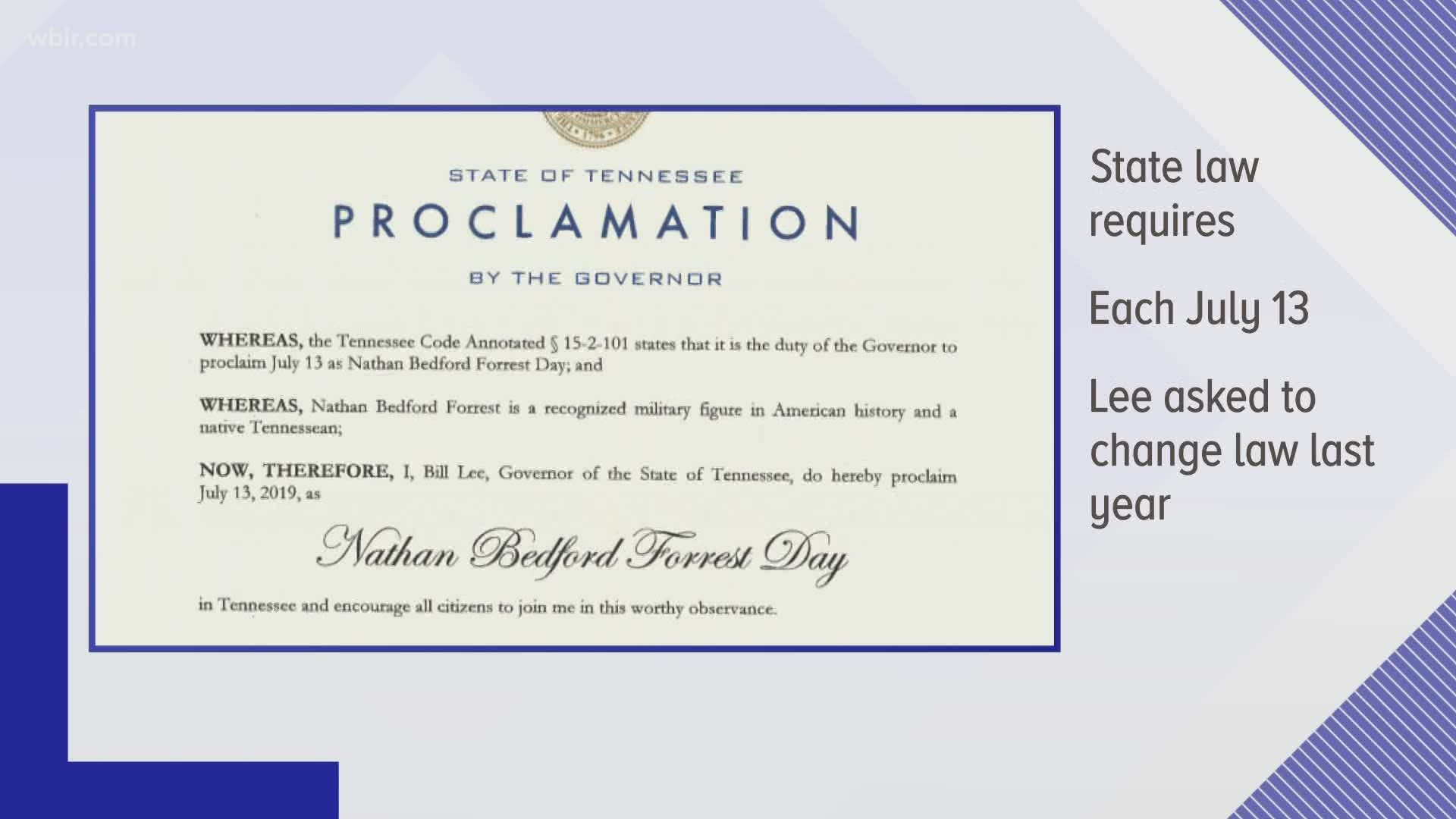 The day commemorates Nathan Bedford Forrest, a confederate general and a Ku Klux Klan leader who died in 1877. Currently, Tennessee law requires the governor to sign a proclamation on July 13 every year to recognize Forrest.

If S.B. 1874 passes, Gov. Lee would not be obligated to sign the proclamation.

Sen. Briggs and Sen. Massey said they wanted to look at the legislation before commenting on it. They also said they're not sure how much more legislation the Senate will take up before adjourning, and that fixing the budget is its priority.

RELATED: Battle ends over statues and graves of Confederate General Nathan Bedford Forrest and his wife

"We asked the Senate to take up this important bill as it has already passed the House and is time-sensitive," Gov. Lee's interim Press Secretary said. "The governor has made clear he believes the law should be changed, and this bill will accomplish that."

Nathan Bedford Forrest Day has been a controversial topic for a while. Last year, U.S. Sen. Ted Cruz from Texas called on Lee to change the law.