Haslam talks about decision not to seek Senate seat, his future and that law honoring Nathan Bedford Forrest

The former Tennessee governor says he's not looked back from the decision, although his phone "blew up" when he announced it. 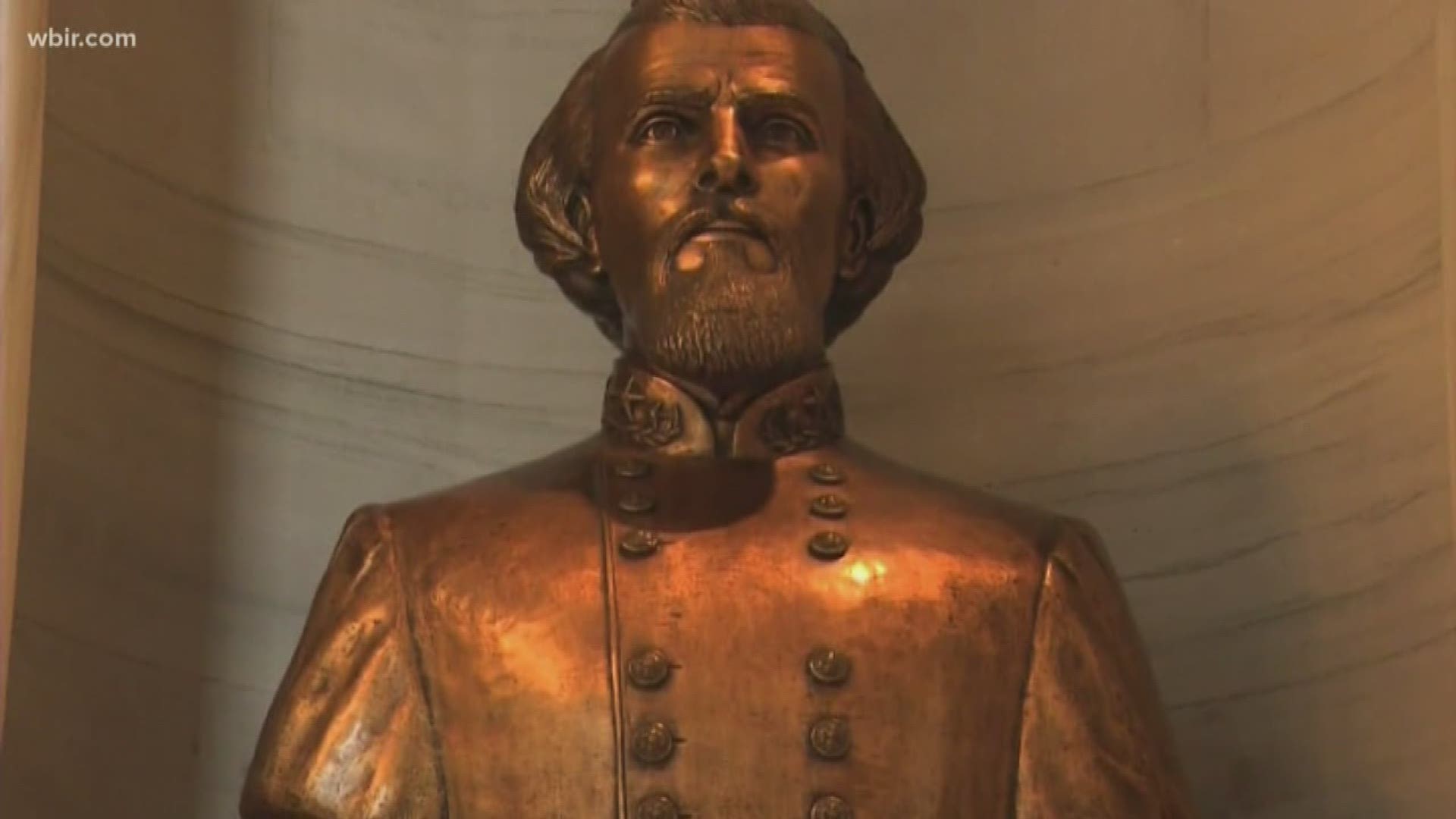 KNOXVILLE, Tennessee — Former Gov. Bill Haslam said his phone "blew up" after his announcement last week that he wouldn't be running for a U.S. Senate seat next year.

But he hasn't changed his mind and knows he made the right decision.

Haslam, who turns 61 in August, sat down Tuesday afternoon to talk about that decision, the current state of politics, how his successor is doing and to even reminisce about a moment from his boyhood -- the day Neil Armstrong and Buzz Armstrong walked on the moon 50 years ago.

Haslam, a two-term former Knoxville mayor, kept his decision not to seek Sen. Lamar Alexander's seat in 2020 pretty close, informing his wife Crissy and children, for example.  A deliberative man, he'd been leaning against pursuing the GOP nomination for the last month or so.

"The things I love about being a mayor and governor don't really have anything to do with being a senator," he said. "One's a legislative job, one's an executive job. One's in Tennessee, one's in Washington."

RELATED: Bill Haslam announces he will not run for Senate in 2020

RELATED: Bill Haslam still not ruling out a run for Sen. Lamar Alexander's seat in 2020

Whatever his choice, he knew it was a big moment.

"You're at the point in life where you don't have a whole lot more life vocational decisions in front of you, and I wanted to get it right," said Haslam, whose second term as Tennessee governor ended in January.

He said friends and well-wishers understood his decision even if they'd hoped he'd pursue the office.

Haslam said it's too early to endorse anyone -- including his friend and former cabinet officer Bill Hagerty -- to be the GOP's Senate candidate. Still, he offered glowing words for Hagerty, part of a field that could prove competitive.

Hagerty is in the process of departing as U.S. ambassador to Japan so he can run as a GOP candidate from Tennessee.

On Bill Lee and that Forrest proclamation

Haslam gave his successor, Republican Bill Lee, high marks for his six or seven months in office. He and Crissy Haslam spent time last week with Lee and his wife, Maria, when they were in the Knoxville area.

Those first weeks are "a head-spinning exercise" for a new governor because the Legislature already is in session, he said.

"The first six months is off to a great start," he said.

Haslam himself had to sign it while he was in office, as did Phil Bredesen, Don Sundquist and Ned Ray McWherter.

He didn't like signing the proclamation, Haslam said, and he also tried without success to move a bust of Forrest from the Capitol.

"I remember when (the proclamation) first came up my first year I was like, 'Why are we doing this?" he said.

Haslam also praised the work businessman Randy Boyd is doing as interim University of Tennessee system president, noting he had a successful several months communicating and cooperating with state lawmakers during the legislative session.

"I think the university is better and the state's better if Randy stays in that job a few years," he said.

He had praise for Donde Plowman, newly installed as UT chancellor.

As a former Knoxville mayor, Haslam is paying attention to this year's mayoral race but he won't endorse anyone. He sees three legitimate candidates in a pool of six and says he'd be "shocked" if it doesn't go to a runoff in November.

He also offered a bit of advice for whomever ends up winning the mayor's race. Based on his experience as governor, with a statewide view, he thinks this region should be more competitive when it comes to landing new business and development.

"I haven't felt like we've been, I'm saying East Tennessee in general, as competitive as we can be."

As for the national political scene, Haslam said divisions are so strong right now it's hard to get much accomplished. He said he looks perhaps to leaders at the more local levels of government, rather than Washington, to get things done and restore a sense of direction and unity.

Haslam concluded his interview reminiscing about a moment in history -- when the U.S. sent Neil Armstrong, Buzz Aldrin and Michael Collins into space on Apollo 11.

They launched July 16, 1969, and Armstrong and Aldrin landed on the moon July 20, 1969. Tuesday, the day of Haslam's interview, marked the 50th anniversary of the liftoff of Apollo 11.

Haslam was almost age 11 at the time and attending a summer sports camp on the UT Knoxville campus. Grownups woke him and his fellow campers up the night of July 20 so they could watch the TV broadcast of Armstrong and Aldrin walking on the moon.

"I can remember sitting in the lobby of Gibbs Hall and all of us watching on TV as they touched down on the moon," he said.

"It just felt like a buzz, and of course counselors were smart enough to say, This is a big deal, guys."

Even as a child, Haslam said, he knew enough to realize America really was putting two men on the moon. It was not, he said, your ordinary night.