The bill was amended Wednesday to eliminate a provision that would allow people to obtain medical cards from other states in order to legally hold cannabis in Tennessee. 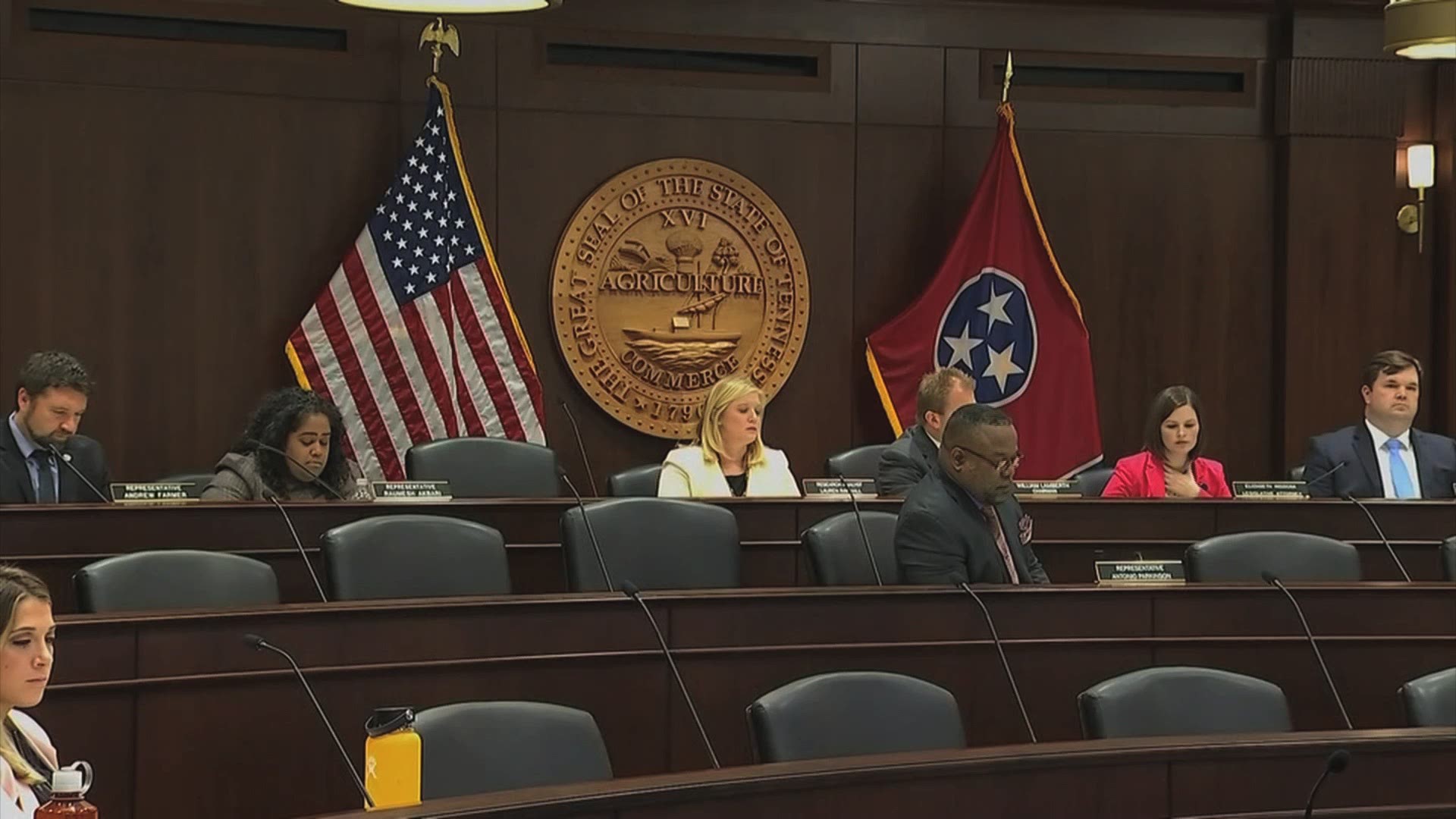 Nashville — Over the objections of law enforcement and health officials, a second House committee approved a bill Wednesday that would legally allow some Tennesseans to use medical cannabis.

The measure, sponsored by Rep. Jeremy Faison, R-Crosby, would give those suffering from roughly a dozen maladies a legal defense if they are arrested and prosecuted for having cannabis, provided they have a doctor’s note prescribing the product.

The House Criminal Justice Committee advanced the legislation with a 9-2 vote.

Voting against the measure were Reps. William Lamberth, R-Cottontown, and Paul Sherrell, R-Sparta.

The committee’s vote comes one week after Faison introduced a significantly altered version of the bill.

The bill was further amended Wednesday to eliminate a provision that would allow people to obtain medical cards from other states in order to legally hold cannabis in Tennessee.

RELATED: Tenn. rep: Focus on the lives that medical marijuana could save

That means only those with a doctor's note would be able to legally carry and use cannabis.

Faison further amended the measure to eliminate chronic pain and nausea from the list of acceptable maladies.

The original bill was previously approved by a subcommittee thanks to a tie-breaking vote from House Speaker Beth Harwell, R-Nashville.

Neither version of the bill allowed recreational use of marijuana in Tennessee.

Faison's changes to the bill resulted in him getting support from at least two committee members — Farmer and Van Huss — who said they now approve of the legislation.

Law enforcement and state health officials have objected to both versions of the legislation.

Advocates of the legislation argue medical marijuana can help combat the opioid crisis that continues to plague the state.

One witness, Andrea Houser, said Wednesday she had experienced seizures for years said she was forced to illegally obtain marijuana. When she did, Houser said her seizures stopped.

"I would rather be illegally alive than legally dead," Houser said, later receiving applause from some in the audience after her testimony.

Trott said loosening the state's current ban on all forms of marijuana would put more impared drivers on the road.

"Once you start down this slope, it is very difficult to stop the ball from rolling," he said.

Trott cited evidence he said suggested that authorities have seen an increase in the presence of THC — the active ingredient in marijuana that results in feeling high — in drivers in recent years.

As the House committee considered the bill, it drew wide interest, with several lawmakers watching portions of the proceeding.

After roughly two hours of the committee hearing testimony, Faison responded by giving a history of how the term marijuana came about and touted bi-partisan support for the measure.

"We have Tennesseans who are illegally alive today and they’re doing well but they’re breaking the law," Faison said, while seeking approval of the bill.

The Senate version of the measure has yet to be taken up in committee.

Lt. Gov. Randy McNally, R-Oak Ridge, previously said the Senate would delay taking up the measure until it advances further in the House.