Huizenga: House delaying impeachment in the Senate is 'baffling'

House Speaker Nancy Pelosi said she wants to ensure there will be a "fair process" before moving impeachment to the Senate. 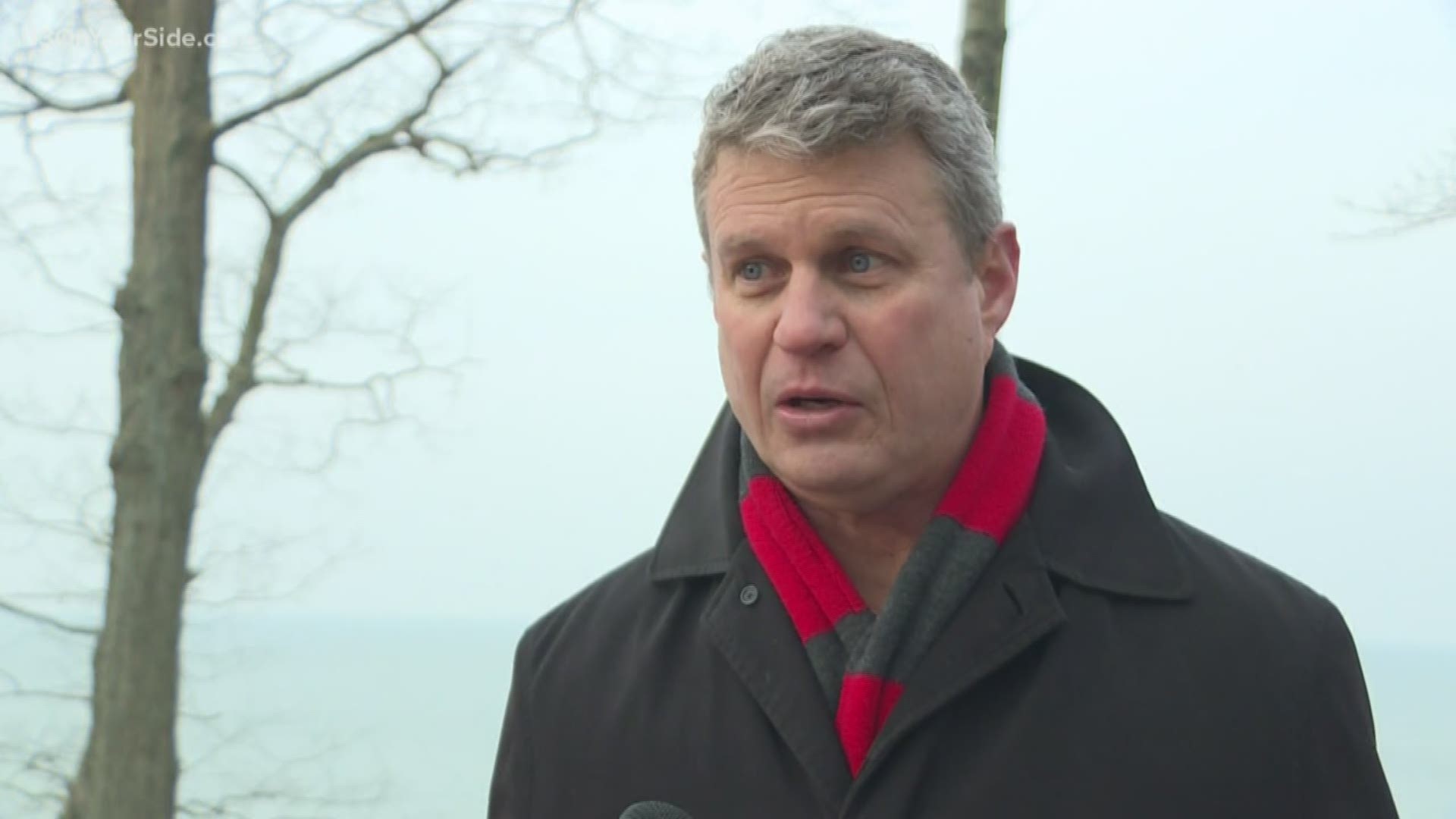 “So far we haven’t seen anything that looks fair to us,” she said Wednesday night. Pelosi is insisting that Senate Republicans disclose information of witnesses and testimony before she sends over the charges. On Thursday at the Capitol, she said, “We’d like to see a fair process, but we’ll see what they have and will be ready for whatever it is.”

Senate Majority Leader Mitch McConnell is pushing for a quick trial and he has not indicated if he will call any witnesses.

This impasse has put the Senate trial in limbo as Congress has headed home for the holidays. But Republican lawmakers are criticizing the decision, including Rep. Bill Huizenga who represents Michigan's 2nd district.

"I am just baffled by the Speaker talking about not passing along these articles of impeachment to the Senate for a trial," said Huizenga while surveying lakeshore erosion damage in Spring Lake.

The congressman argues this move goes against the intention of the Founding Fathers, who he said anticipated the Senate sitting on articles of impeachment and ignoring them.

"They never envisioned the House going through the gut-wrenching process of impeaching a president and then not passing that along to the Senate," he said. "I think it's just baffling, frankly, and a dereliction of duty."

Pelosi spoke to reporters on Thursday, saying “When we see the process that is set forth in the Senate, then we’ll know the number of managers that we may have to go forward and who we will choose."

Trump was impeached on two articles: Obstruction of justice and abuse of power. West Michigan Republican representatives Huizenga, Upton and Moolenaar all voted against impeachment. Independent Rep. Justin Amash for voting it, saying "President Donald J. Trump has abused and violated the public trust" and it is Congress' "duty to impeach him."

Other stories on 13 ON YOUR SIDE: