The two-term Tennessee Republican appears this Sunday on WBIR's "Inside Tennessee". 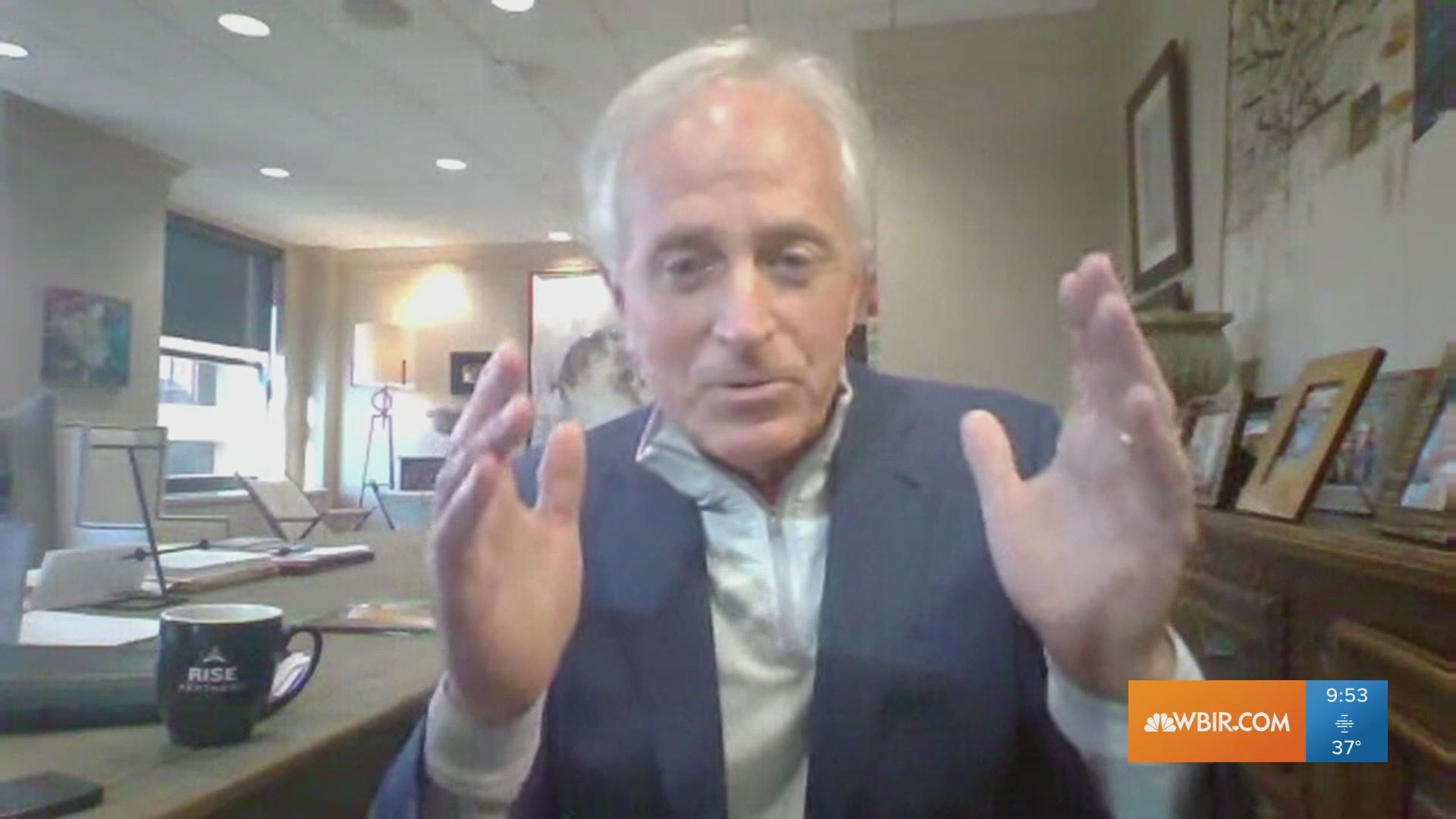 Appearing in an episode of "Inside Tennessee" that aired 9:30 a.m. Sunday, the Tennessee Republican said his party once was oriented around policy and how to make the country better.

Now, normally amiable and measured businessman and politician said, his voice rising, it's all about whether a party member is for -- or against -- Donald Trump.

Worshiping a person over principles can be a bad thing, as the nation saw Jan. 6 when a group of Trump supporters staged a riot at the Capitol, he said.

"Where the Republican Party has gone is a dangerous place, and as we’ve seen, it undermined our democracy and we saw how fragile our country is and how a personality with bad motives can undermine our democracy," the former Chattanooga mayor said. 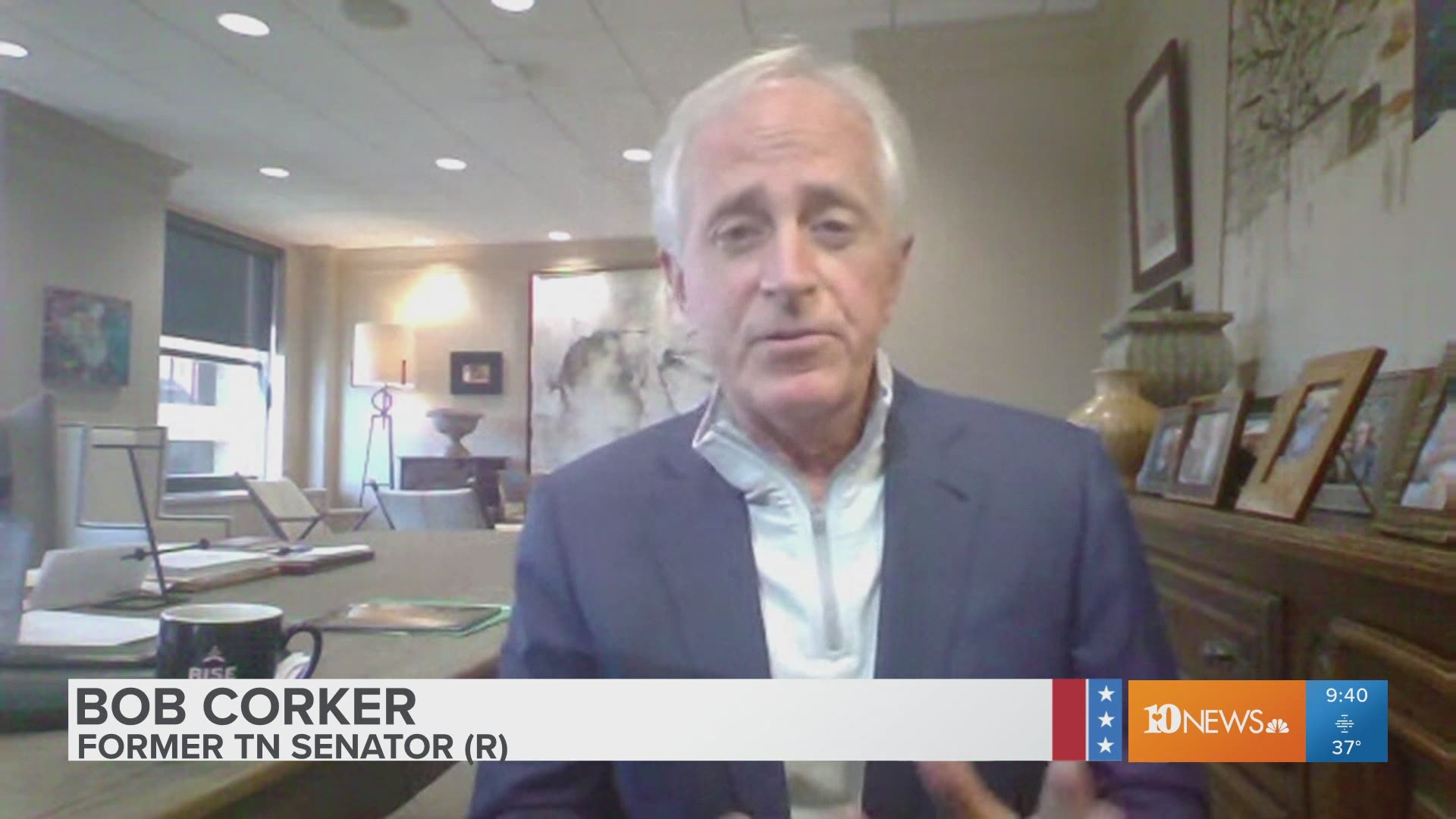 Early in Trump's administration, as he was picking his Cabinet, Corker was viewed as a potential secretary of state. Their relationship soon soured, however, with Trump resorting to calling Corker names on Twitter. 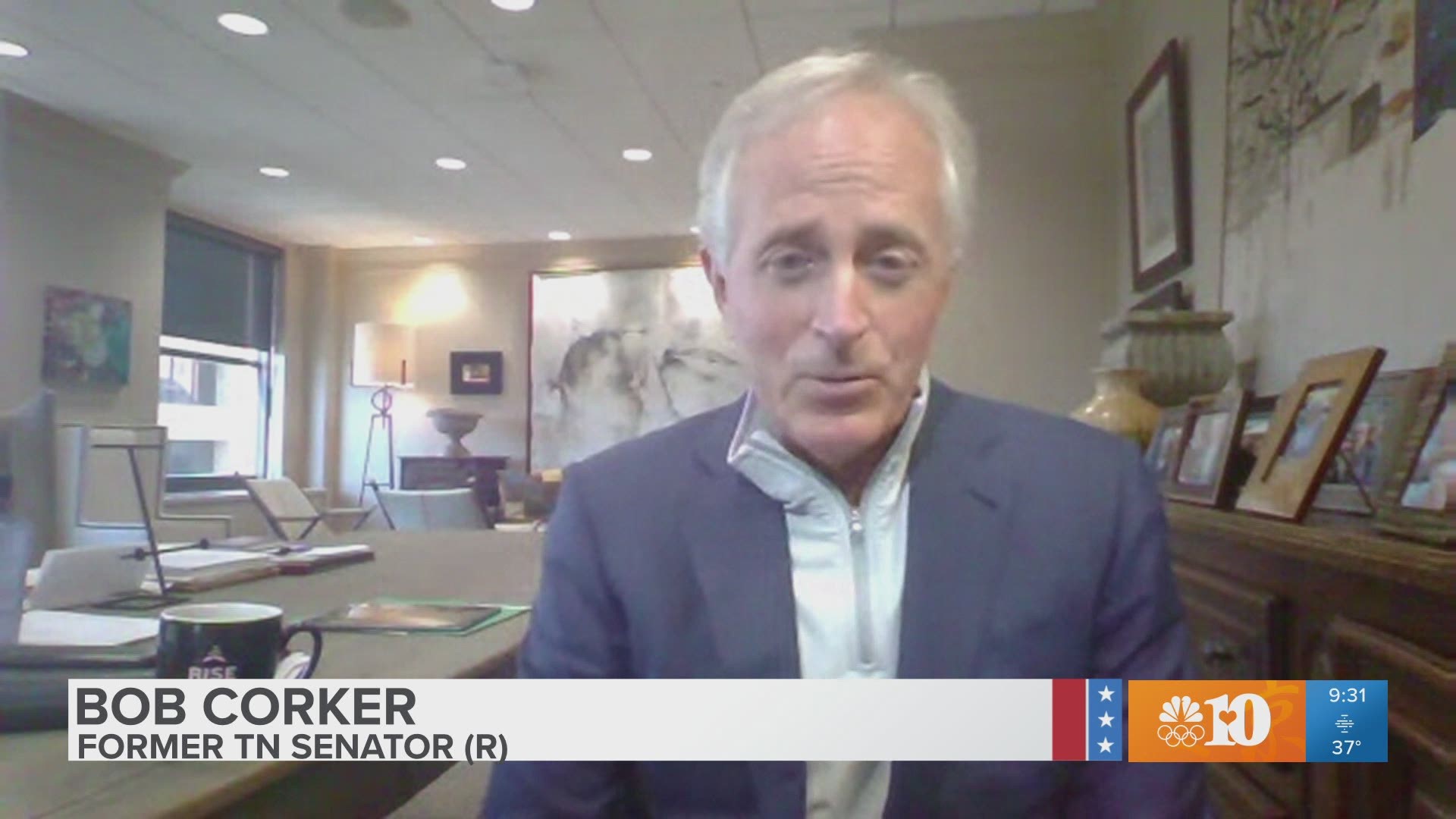 The former Tennessee finance commissioner declared bluntly that he opposes Democratic plans for a $1.9 trillion stimulus package. There's no sense in handing out money to "everybody," he said. Aid should be targeted and specific.

The current approach amounts to "helicopter money" that's being scattered wastefully hither and yonder, including to states and cities, he said.

Now back home in Chattanooga, Corker said he has no plans to run for statewide office, but "I want to be in the debate and in the discussion in 2024 about where our country goes!"