Judge orders Tennessee to offer vote-by-mail option to all 4.1 million registered voters due to coronavirus pandemic

Before the judge's ruling, those wishing to vote by mail had to meet at least one of 14 qualifications, including if you are over 60, living out of state or ill. 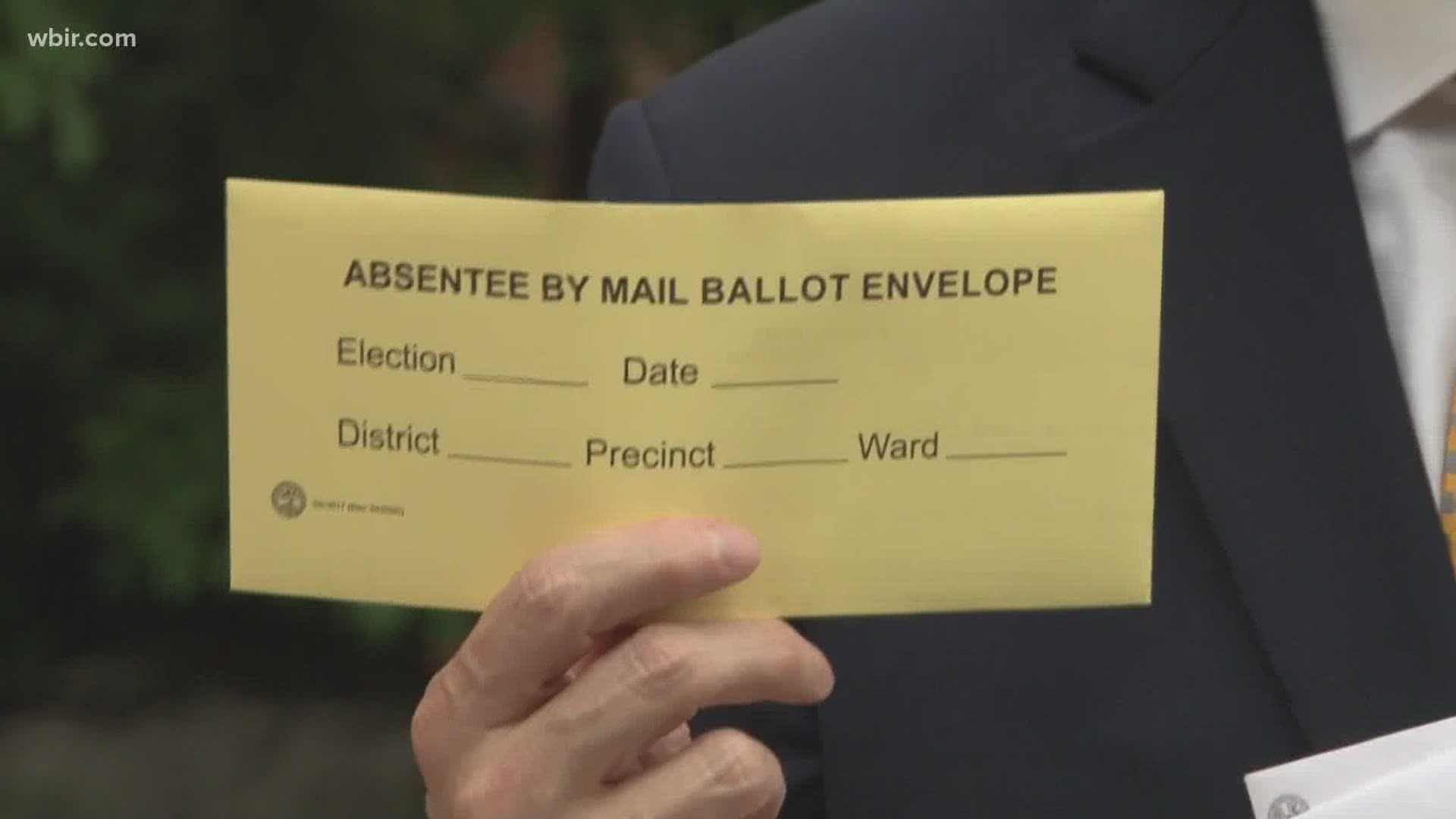 NASHVILLE, Tenn. — A Tennessee court has ordered Tennessee to offer a vote-by-mail option to all 4.1 million registered voters due to coronavirus pandemic.

Nashville Chancellor Ellen Hobbs Lyle ruled Thursday that the state’s limits on absentee voting during the pandemic constitute “an unreasonable burden on the fundamental right to vote guaranteed by the Tennessee Constitution.”

Prior to the judge's ruling, those wishing to vote by mail had to meet at least one of 14 qualifications, including if you are over 60 years old, living out of state, or very ill.

State Attorney General Herbert Slatery issued a response shortly after the ruling, saying while the ruling "rightly takes into account the safety of Tennessee's voters" -- it "failed to appropriately consider the extensive safety measures of the COVID-19 election plan."

According to Ballotpedia, a non-profit research organization, most states offer an option to vote-by-mail without an excuse. Of the ones that typically require an excuse, most have made exceptions due to COVID-19.

Credit: WBIR
Most states offer mail-in voting as an option without a required excuse.

"It just makes common sense to allow every voter to cast their votes safely and securely rather than having to risk their health and safety by going to a polling place when we have the worst pandemic in a century going on," said Dale Ho, director of the ACLU's Voting Rights Project. "We hope that this ruling stands and protects every person in Tennessee seeking to exercise their right to vote safely."

"It's a long way to go and we'll be sure to keep fighting for everyone's right to vote safely," Ho said. "During the pandemic, we think there's absolutely no reason why Tennessee shouldn't be able to [vote by mail]."

"I don't think, in my view, that there's a need to expand absentee voting," Lee said. "But, I certainly respect the court's decision."

The decision made Thursday night applies through the entire 2020 election calendar.

The Knox County Election Administration has already been preparing for a busy election cycle.

"For us, it's just a matter of being able to ramp up and make sure we have the adequate space, the adequate supplies, the adequate staffing," administrator Chris Davis told 10News. "I think he big challenge we're going to face is with a huge increase in absentee ballots, we might not be done counting those by election night."

You can request an absentee ballot through July 30.

The presidential election is Nov. 3 and will have a separate mail-in ballot application period.

RELATED: Tennessee suit allowing everyone to vote by mail is heading to court

RELATED: Tennessee officials: 2020 vote-by-mail for all not feasible