Knox County Sheriff Tom Spangler said attendees will learn about what they can and can't do at the sessions. 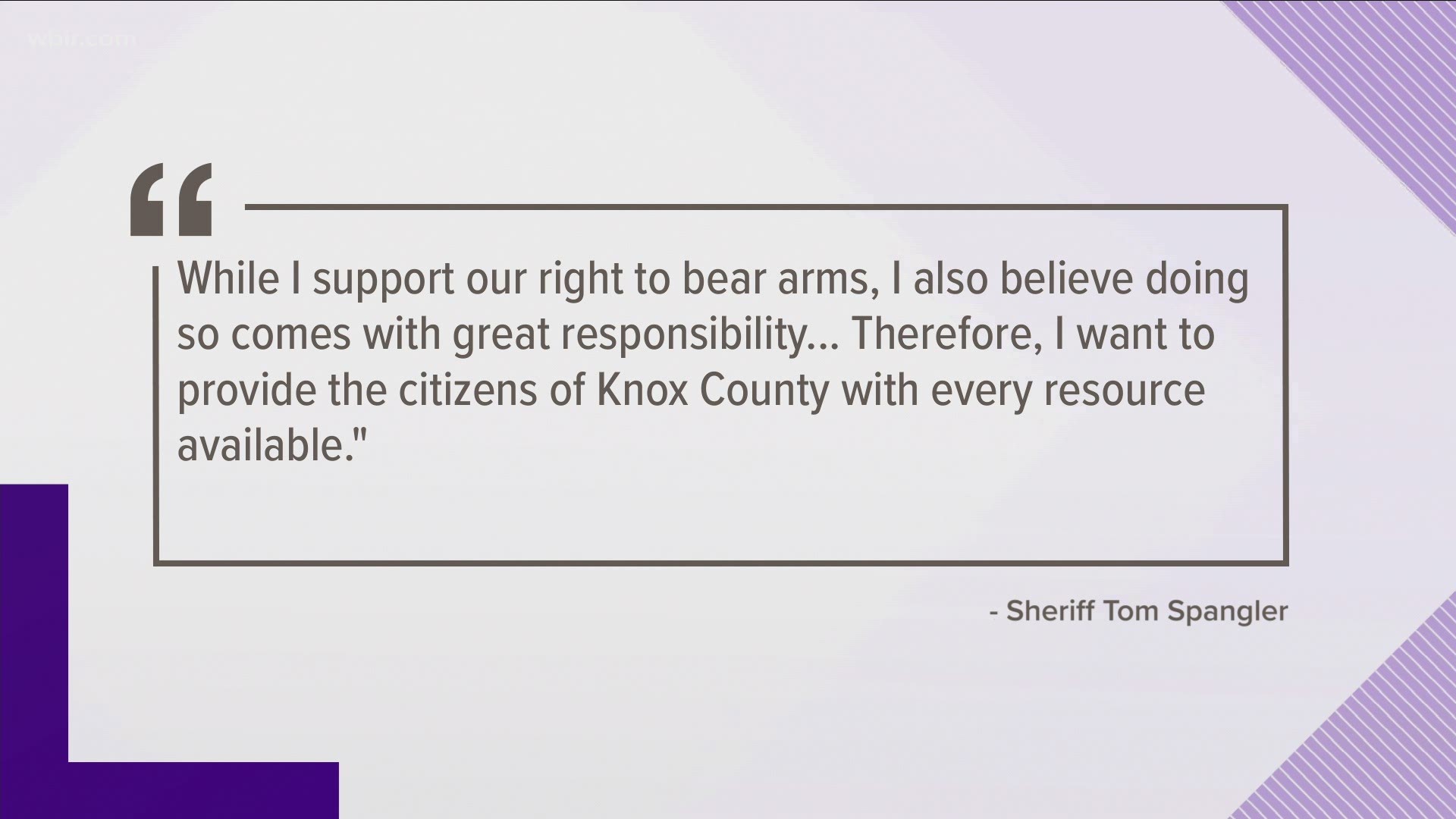 If you're interested in actual, hands-on training with a gun, you'll be able to learn more at the KCSO sessions.

The sessions will be limited to 50 individuals at a time on a first-come, first-served basis.

PREVIOUS STORY: Hundreds of new laws are going into effect on July 1 across Tennessee, and one of them involves people's right to carry firearms. The new "constitutional carry" law will allow people who can legally own a gun to carry one without a permit.

However, the law can get confusing for some gun owners as many start wondering if there are specific places where nobody is allowed to carry guns, or what they should do if they are stopped by police while carrying a firearm.

So, Knox County Sheriff Tom Spangler is stepping in to help people understand how to legally and safely carry firearms. He announced that the sheriff's office will offer 4-hour informative sessions about the new law on the last Saturday of each month at the Knox County Sheriff's Office Regional Training Academy.

"While I support our right to bear arms, I also believe doing so comes with great responsibility," Spangler said in a release. "Therefore, I want to provide the citizens of Knox County with every resource available, to ensure they can carry a weapon under the New Law both safely and responsibly."

Attendees will also also be given information on additional firearm classes available in the area if they want to have hands-on training with guns.