Knoxville and Tennessee officials react to 20th anniversary of 9/11 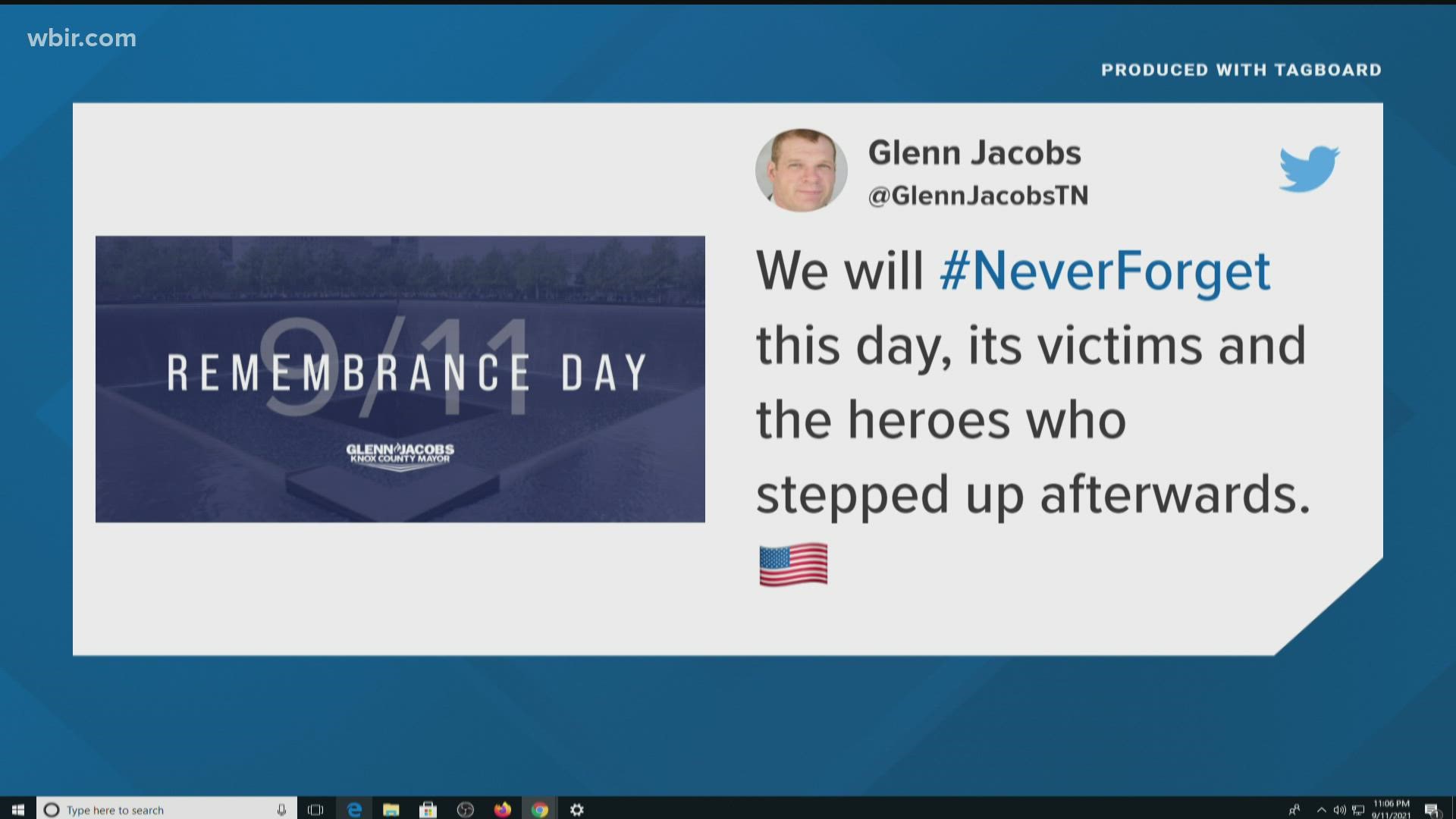 KNOXVILLE, Tenn. — Saturday is the 20th anniversary of the attacks on September 11, 2001. Thousands of people died in New York City as the World Trade Center collapsed, and the effects of the attacks were felt across the country.

Leaders and lawmakers are reflecting on the attacks and what they meant for communities. Knoxville Mayor Indya Kincannon participated in a wreath-laying ceremony near a monument to the victims on Main Street. On Twitter, she said that the country would never forget the events.

Knox County Mayor Glenn Jacobs also said that people would remember the day and continue honoring the people who responded to the attacks, saving lives and bringing thousands of families closure.

Today, we stand together to honor and remember all of the victims of the 9/11 terrorist attacks. It has been 20 years since that tragic day. We will #NeverForget. #September11 pic.twitter.com/I0Cgx2c2Ig

Senator Bill Hagerty also called 9/11 an attack not on a few Americans, but n all of them. He called for officials to work to keep people safe on Twitter.

"Today, we honor and remember the families and victims of 9/11," he said on Twitter. "We will never forget the tragedies the American people endured on this day."