Only 136 votes separated first from second place as of the last vote count released by the Knox County Election Commission at 10:25 p.m. Tuesday. 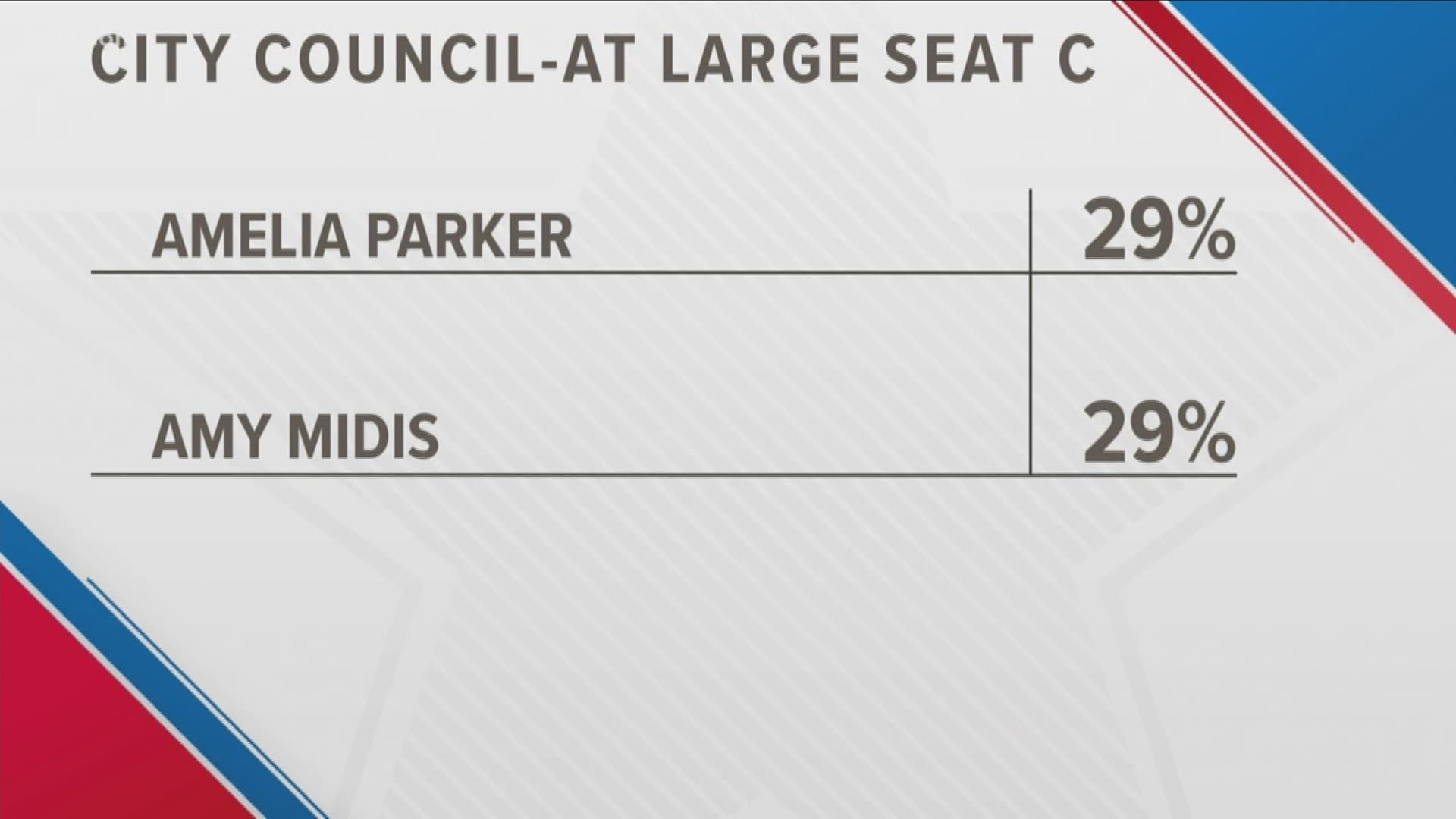 KNOXVILLE, Tennessee — Tuesday's election for the At-Large C seat in the Knoxville City Council races was a tight one, with the two top candidates only separated by 136 votes at last count.

This race was tight for the top three. With the final results in, Amelia Parker was the top vote-getter with 29.85% of the vote. Amy Midis came in a close second, with 29.08%, and Bob Thomas finished third with 26.35%.

Parker and Midis will move on to the general election.

"I am so excited by tonight's results... It's amazing and gives us energy to move forward towards November," Parker said.

She said her top priority if elected will be holding other officials accountable.

"There are so, so many things to do," Parker said. "I want more people to feel like their voices are represented in government."

"I've been able to go to places all over Knoxville to connect with all parts of the city, meet individuals and make friends," Midis said.

She said she believes the job is a community advocacy role and will emphasizing her vision of "One Knoxville" moving forward.

"I think it's important that we all work together with all parts of our city to make Knoxville even better in the future," Midis said.

Among the four council races on the ballot, the race for the At-Large C seat was the only one to see its field of candidates narrow.

Candidates in the other races for City Council seats on Tuesday's ballot will all move on to the Nov. 5 race, since there were only two in each primary race.

Vying for the At-Large A seat are Lynne Fugate and Charles Lomax.

Vying for the At-Large B seat are David Hayes and Janet Testerman.

Vying for the District 5 seat, which covers North Knoxville, are Charles Al-Bawi and Charles Thomas.

At-large races are open to all city of Knoxville voters.

For the primary, only District 5 voters will take part in that race. In the regular Nov. 5 election, all city of Knoxville voters will have a chance to vote.

Also on the ballot Tuesday: longtime Municipal Court Judge John Rosson. He had no competition.

No matter what the results are in November, for the first time ever in Knoxville, the next city council will have a majority of women.

There are already four women on the council: Gwen McKenzie, Lauren Rider, Seema Singh and Stephanie Welch. The winner of the At-Large Seat C race will make five. There could be up to seven if the other women in the races for seats A and B win.

Looking back 20 years ago, in 1999, there were only two women on the council. This shows a rise in diversity of political leadership in Knoxville. It's also part of a national trend of a rise in women are running for office.