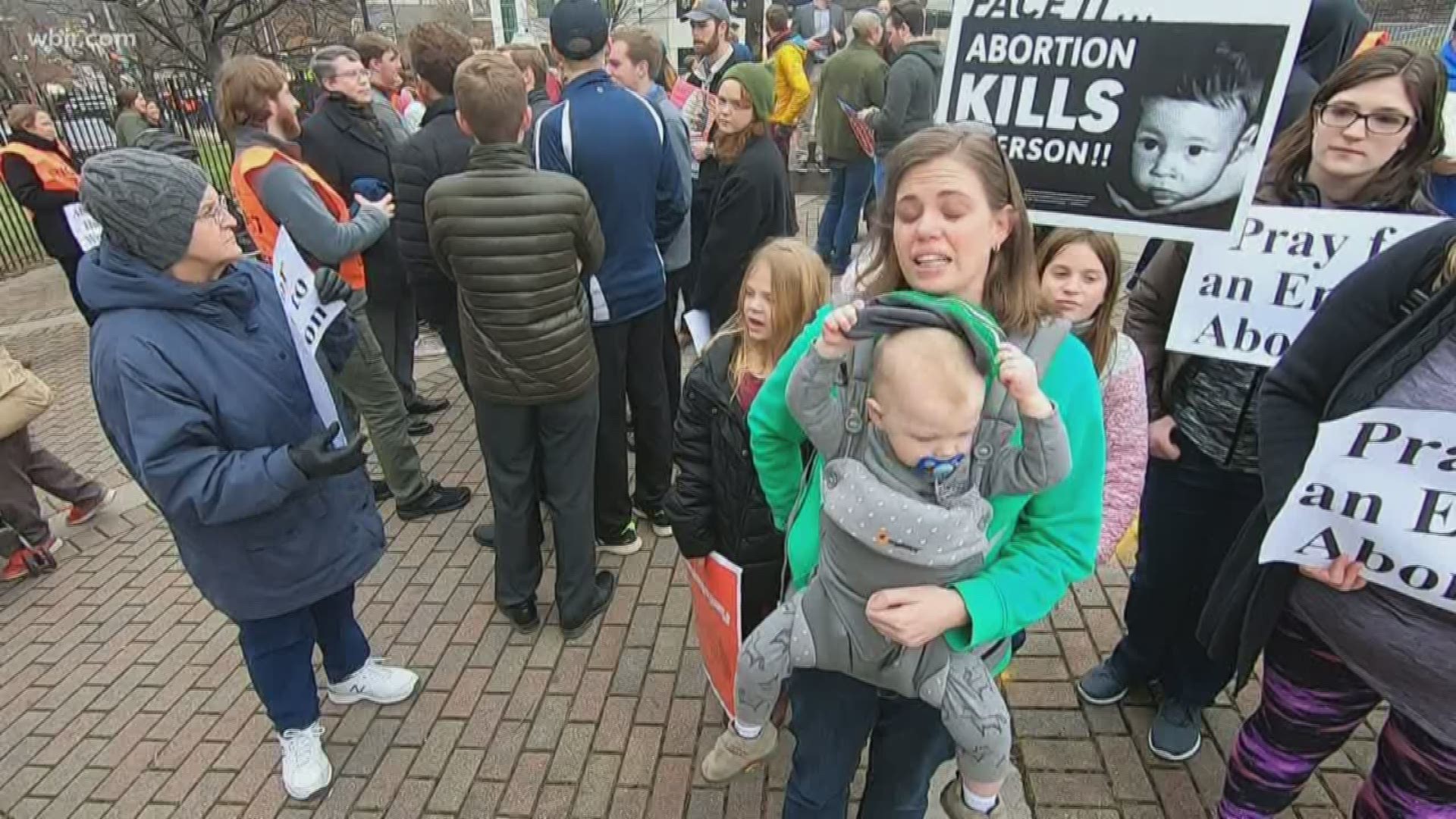 KNOXVILLE, Tenn. — When Lisa Privetts thinks of abortion, she tears up. She said she miscarried two children of her own and constantly thinks about their lives.

"For some reason, God took them home and I don't know why," Privetts told 10News. "So I think about all of the ones we've lost and what they could have been."

She was one of hundreds marching in Knoxville on Sunday in a silent March for Life rally. The march comes just days after Tennessee Governor Bill Lee announced his plan to tighten abortion regulations.

"I pray daily that more and more bills will be passed until everyone stops," Privetts said. "It doesn't stop here."

Gov. Lee's proposal is still being drafted, but said it will include provisions like prohibiting an abortion after a fetal heartbeat is detected, requiring a mother to undergo an ultrasound prior to an abortion and banning abortion outright if a doctor learns the decision is motivated by the race, sex or health of the fetus.

Planned Parenthood told 10News on Friday the proposal will not stop abortions from happening.

"Restrictions on abortion just make abortion harder to get and harder to get safely, but it doesn't actually impact the abortion rate," said Tory Mills, Director of Community Engagement for Planned Parenthood of Tennessee and North Mississippi.

"Allowing people to make these personal decisions with their family, their faith and their doctor and without the intervention of politicians," Mills said. "People don't make medical decisions in consultation with their politicians."

Still, the March for Life participants celebrated the proposal as they gathered on Sunday.

"I think abortion needs to be cut off, period," marcher Alison Watson said. "It just hurts my heart to think of all the babies that died... I'm backing the governor 100 percent on that."