Lawmakers faced some criticism for continuing with key votes the day after Tennessee was hit with an outbreak of tornadoes. 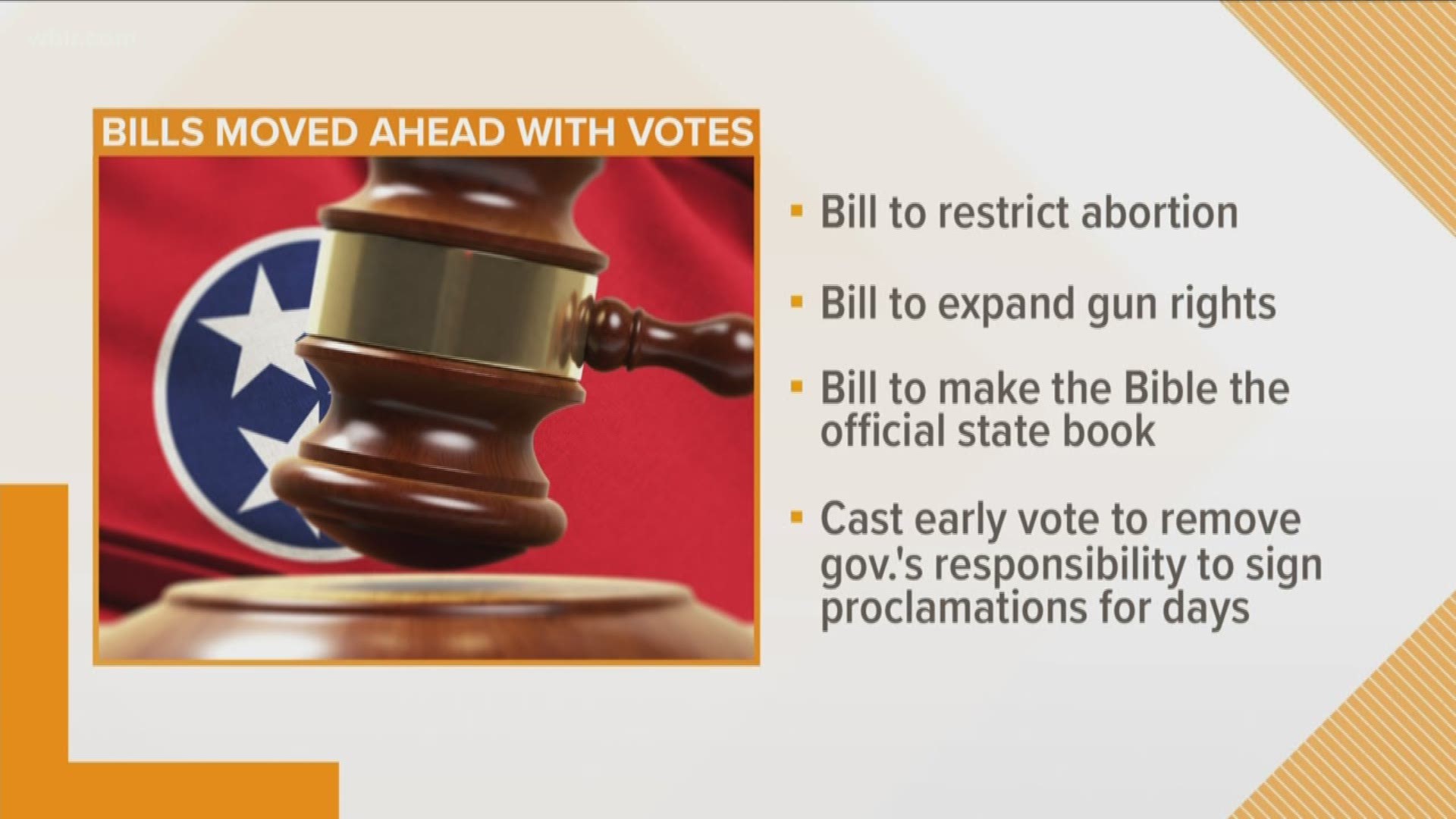 While Tennessee dug out from deadly tornadoes, lawmakers have moved ahead with votes to advance Tennessee Gov. Bill Lee's key priorities to restrict abortion and expand gun rights.

The decision to move ahead with legislative business during recovery efforts from storms that killed more than two dozen people drew Democratic criticisms and a defense from Republican leaders.

Lawmakers also moved along legislation that would make the Bible the official state book.

They also cast an early vote to remove the governor's responsibility to sign proclamations for certain days of recognition.