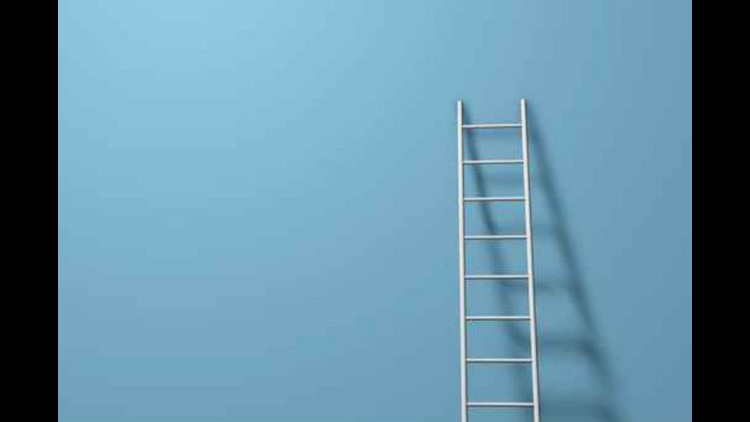 So why not a state tool?

Before you go making jokes, this is serious.

There really is a proposal before the state legislature to name the ladder as Tennessee's official state tool.

The lawmakers give no explanation in the bill summary.

If passed, the bill summary said it would "take effect upon becoming a law, the public welfare requiring."

Here are Tennessee's other official symbols: 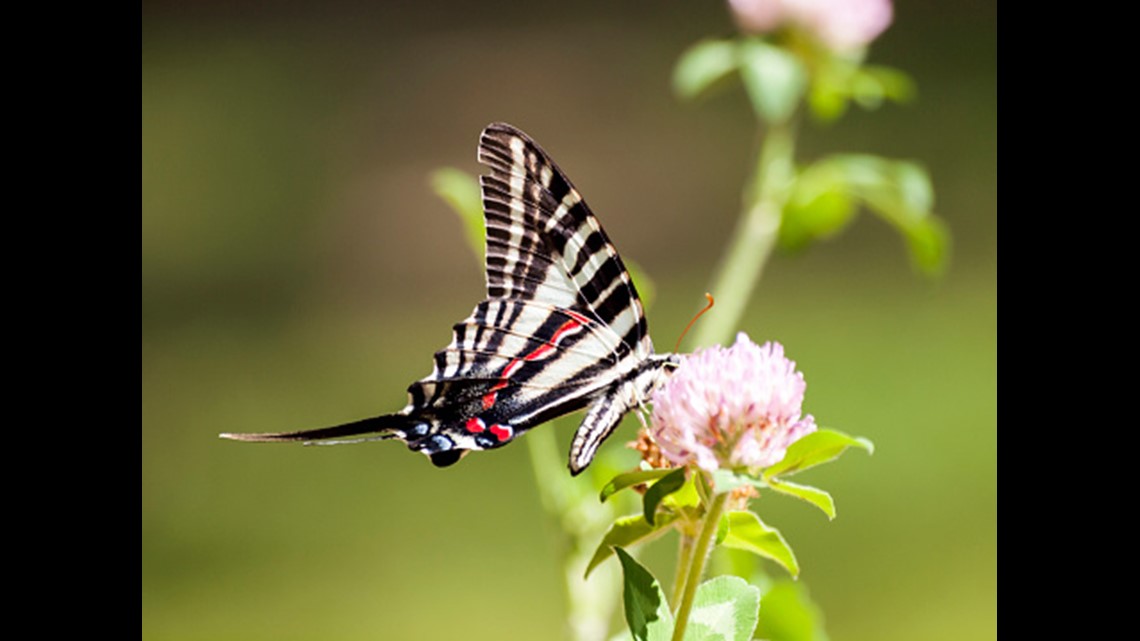 01 / 25
The Zebra Swallowtail was designated as Tennessee's official butterfly in 1995. This beautiful, winged insect has black and white stripes that run the length of its body with red and blue spots on its lower back.
02 / 25
The Tennessee Coneflower is one of the official state wildflowers. It is found only in the limestone and cedar glades of Middle Tennessee. It was thought to be extinct until it was rediscovered in the late 1960s.
03 / 25
The Mockingbird was selected as the official state bird in 1933. The Mockingbird is ashen gray above, with darker, white-edged wings and whitish under parts and is a fine singer, noted for its skill in mimicking the songs of other birds.
04 / 25
Found just about everywhere in Tennessee, limestone was designated an official state rock in 1979. Tennessee marble, as the metamorphic version of limestone is known, is widely used in public and private buildings.
05 / 25
Smokey X, the bluetick coonhound mascot of the University of Tennessee. The bluetick breed was officially named the state dog on March 20, 2019.
06 / 25
The smallmouth bass replaced the largemouth bass as the official sport fish in 2005, due to its popularity and the fact that Tennessee has produced the five largest smallmouth bass in the world.
07 / 25
The Bobwhite Quail was named official state game bird in 1987. The Bobwhite is considered one of the finest game birds in the world. In spring the male's clearly whistled bob white is answered by the female's four-syllable whistle.
08 / 25
The Passion Flower is 1 of the official state wildflowers. It grows wild in the southern United States, is also commonly known as the wild apricot and the ocoee. The last is the Indian name that has also been applied to the Ocoee River and valley.
09 / 25
Agate is a cryptocrystalline quartz. This semiprecious gemstone is found in only a few areas of the state. It was designated as a state rock in 1969 and redesignated as the state mineral in 2009.
10 / 25
The state commercial fish is the Channel Catfish which was designated in 1987. The Channel Catfish, sometimes known as "Spotted Cat" or "Fiddler," is widely stocked and reared in farm ponds. It may be found in most Tennessee streams and many lakes.
11 / 25
The Iris is the official state cultivated flower. While there are several different colors, and the act naming the iris as the state flower did not name a particular color, by common acceptance the purple iris is considered the state flower
12 / 25
Another state insect is the ladybug. They are around four-tenths of an inch long, brightly colored, round, with the popular ladybug having four black spots on each wing.
13 / 25
Milk was designated as the official state beverage in 2009. Tennessee's dairy industry produced nearly 100 million pounds of milk in 2007, with cash receipts for milk and milk products totaling nearly $202 million
14 / 25
The official state agricultural insect is the Honeybee and was designated in 1990. The honeybee plays a vital economic role in Tennessee through its pollination of various crops, trees, and grasses.
15 / 25
The Tennessee Walking Horse was named the official state horse in 2000. The easy-riding gaits of this breed are all natural, inherited characteristics, making this breed one of the smoothest riding horses in the world.
16 / 25
The Tennessee Cave Salamander was named official state amphibian in 1995. This large, cave-dwelling salamander is most often found in limestone caves that contain streams in central and southeast Tennessee.
17 / 25
The firefly, or lightning bug beetle, is a state insects. Photinus pyralls is the most familiar species in the state. Their extraordinary light is generated in special organs and it is most often white, yellow, orange, greenish blue or reddish.
18 / 25
Pterotrigonia thoracica is the official state fossil, was designated in 1998. It was a shallow-burrowing suspension feeder that inhabited the ocean floor that was West Tennessee 70 million years ago.
19 / 25
The Eastern Box Turtle was designated official state reptile in 1995. This peaceful creature usually reaches a length of less than six inches and has a shell of black or brown with spots of yellow, orange and red.
20 / 25
The Eastern Red Cedar was designated as the state evergreen tree in 2012. It is indigenous to the entire state and was one of the earliest landscape trees used by early pioneers, such as Andrew Jackson at the Hermitage.
21 / 25
The Tomato, scientifically known as the Lycopersicon lycopersicum, was designated as Tennessee's official state fruit in 2003.
22 / 25
The Tulip Poplar was designated an official state tree in 1947. The tulip poplar was chosen "because it grows from one end of the state to the other" &amp; "was extensively used by the pioneers of the state"
23 / 25
In 1999 the General Assembly adopted an official state tartan to commemorate the important part played by persons of Scottish descent in the history of Tennessee.
24 / 25
In 1971, the Raccoon was adopted as Tennessee's official wild animal. Raccoons living in Tennessee weigh from 12 to 25 pounds. Most males are larger than females. Raccoons walk like bears, with all four feet on the ground, and are good swimmers.
25 / 25
The Barrett M82 sniper rifle became Tennessee's official state rifle in 2016.