Michigan lawmakers have varied responses to the news about Gen. Qassem Soleimani. 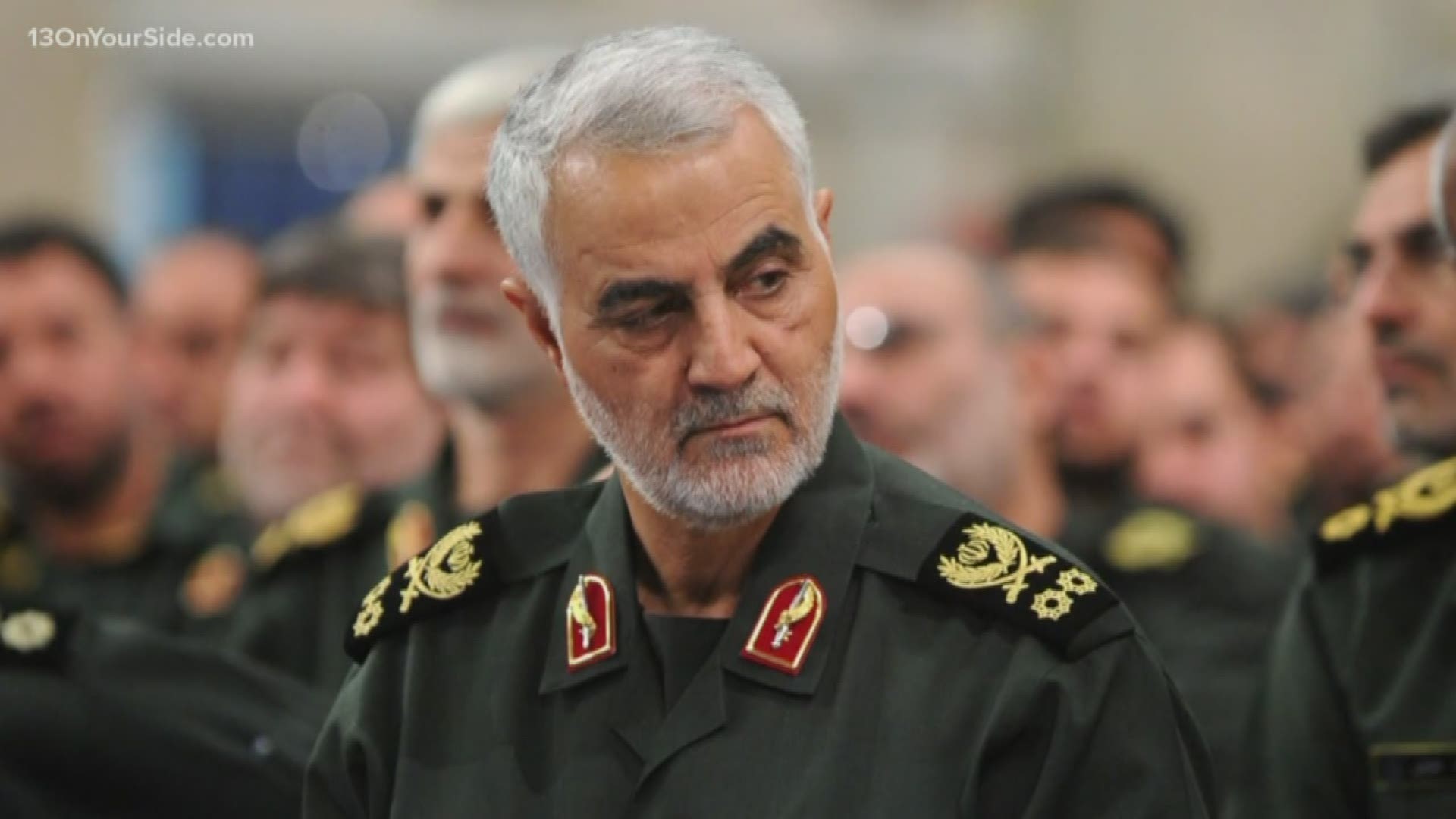 The news brought swift responses from Iran and lawmakers across the country, including some who represent West Michigan.

Amash (I-Grand Rapids) tweeted this just hours after the airstrike was announced:

"There’s a reason our Constitution grants Congress the power to declare war: Every American may be intimately affected by a violent conflict. Soleimani was evil. But our system demands consent for war from the people, acting through their representatives and senators in Congress."

Then on Friday, he also criticized the attack again, saying there is no authorization for war with Iran. "The president has the power, when seconds matter, to prevent an imminent attack on the United States, but the Pentagon and administration officials have presented contradictory statements about whether this was the justification," the congressman said.

Huizenga (R-Zeeland) tweeted his support of the airstrike.

"For years Iran has killed American troops and conducted terror operations throughout the Middle East and beyond. The actions taken by the Administration demonstrate that the United States will hold Iran, the world’s leading state sponsor of terror, accountable," he said.

Upton, a Republican from St. Joseph, also supported the president's decision and the military's actions. He tweeted his response on Friday, saying he expects to learn more in briefings but so far he "(supports) the President’s reaction thus far in taking Soleimani out."

Moolenaar, a Republican from Midland, also supported the actions, calling Soleimani a "terrorist."

"Qassem Soleimani was responsible for aiding terrorist attacks against Americans and our allies around the world for decades. He was also involved in planning violence against the American embassy and our diplomats in Baghdad. Thank you to the brave men and women of our military who have delivered justice for all of the victims of his terrorism, including the many American soldiers who have been killed or maimed by Iran and its proxies around the world. The world is safer with this terrorist gone," the congressman posted on Facebook Friday.

The Democratic senator said he is focusing on next steps in his Thursday night response.

"Tonight’s strike took a notorious terrorist off of the battlefield. What comes next is critical for the region and the world. I am focused on ensuring that there is a strategy to protect our citizens, servicemembers, and diplomats, and that advances our national security."

Stabenow, D-Mich., issued a statement Friday regarding the airstrike. The senator acknowledged Soleimani's actions but also warned about next steps.

"“Soleimani was responsible for the death of many American service members and inciting chaos throughout the Middle East. However, a single action without a meaningful plan will lead to more risk for Americans at home and abroad. The Administration is required to provide a clear rationale to Congress for its actions. They also must consult with Congressional leaders on a meaningful strategy to protect American lives and interests around the world," the statement read.

In response to the attack, Iran has vowed "harsh retaliation." Soleimani's killing is a major escalation in the tension between Iran and Washington. Iran's foreign minister, Javad Zarif, spoke out calling the strike an "act of international terrorism." 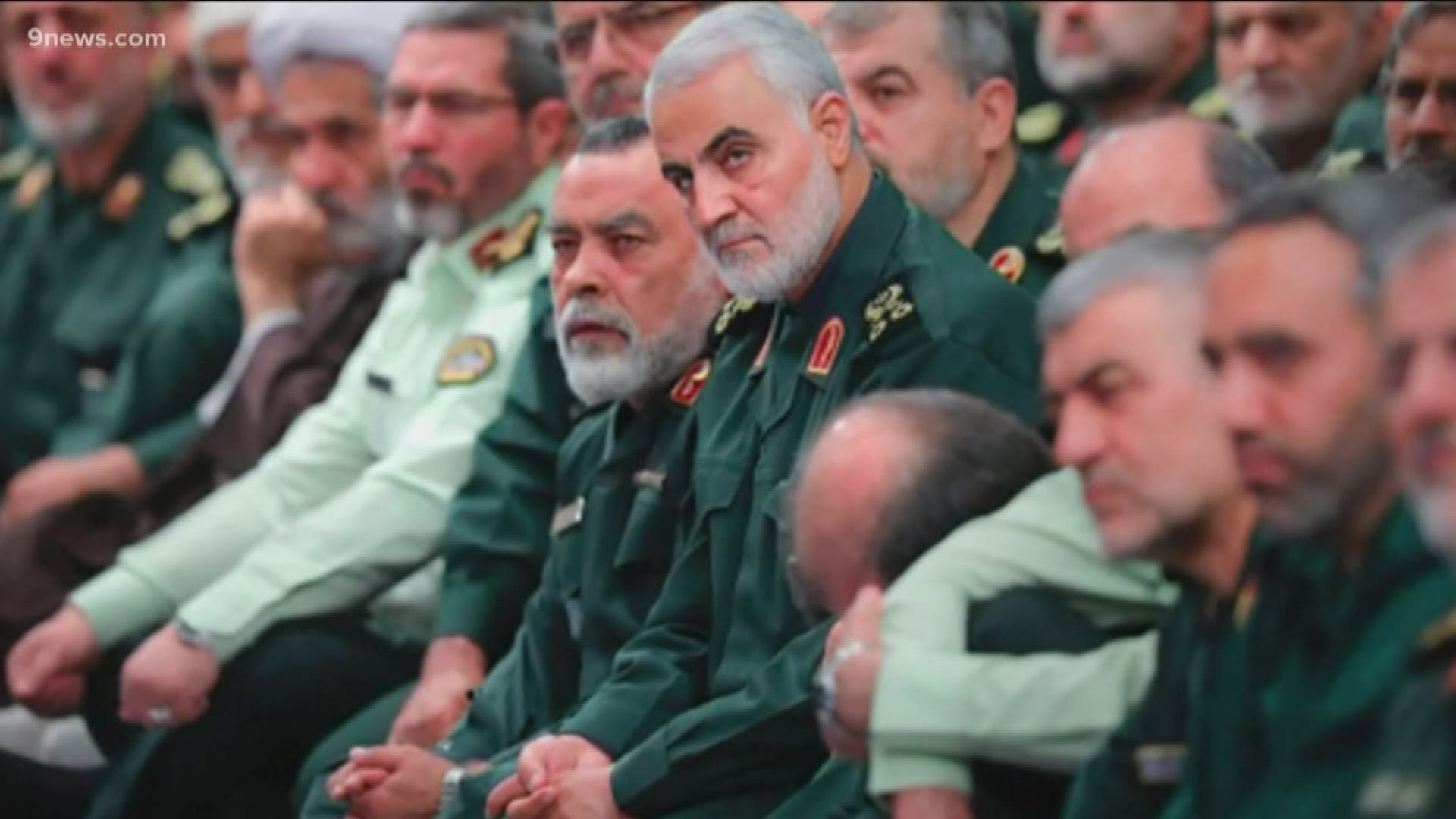