Soon, Knoxville will have a new mayor. Here's how you can make sure your vote counts. 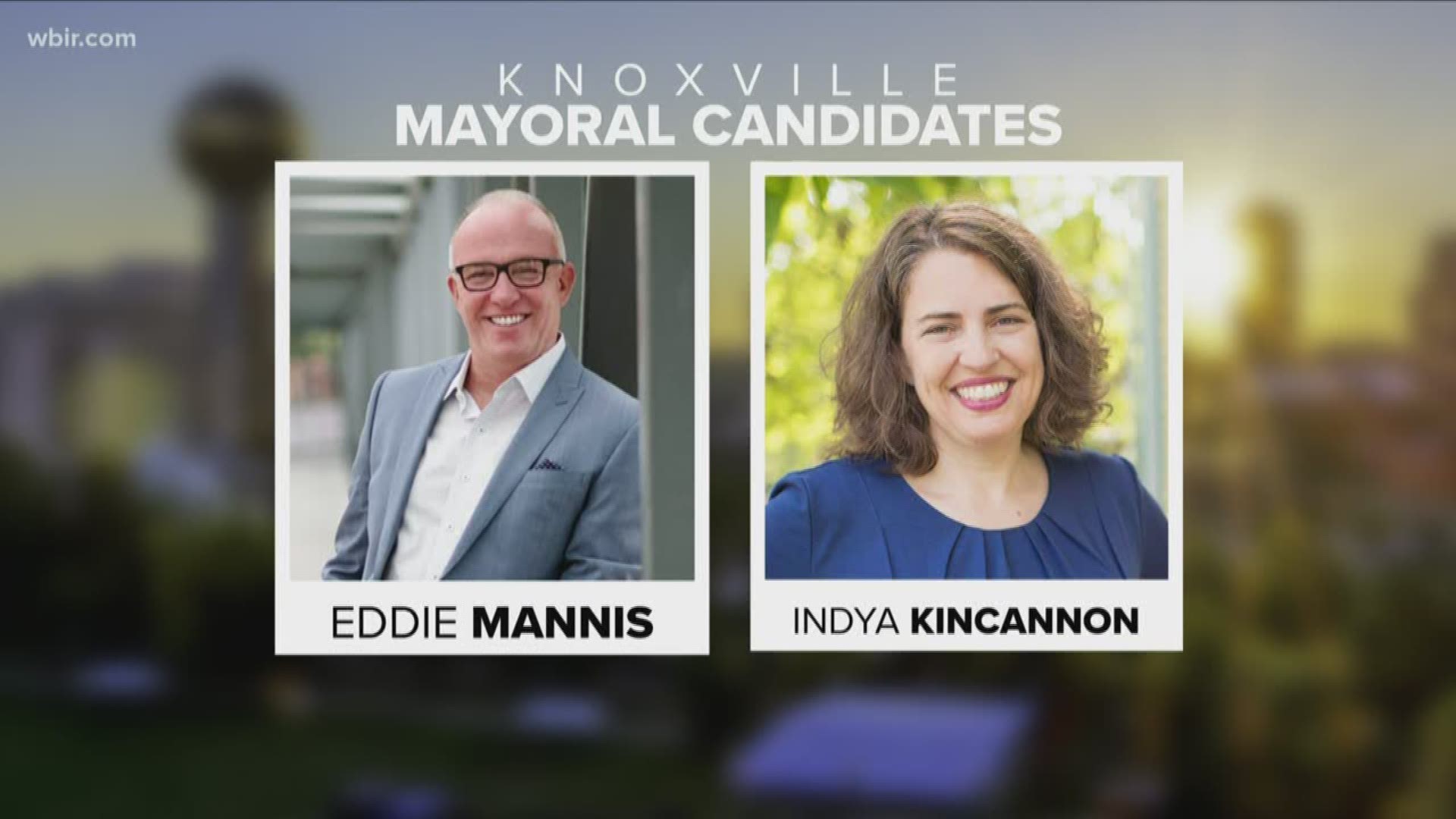 If you didn't have a chance to take advantage of early voting, Nov. 5 is the day to cast your ballot!

In Knoxville, about 92,000 Knoxville residents are registered voters. 11,868 people cast votes during the early voting period.

If you need a ride to the polls, a KAT bus will take you for free.

One of the biggest decisions to come out of this election will be a new mayor for Knoxville.

Eddie Mannis and Indya Kincannon are both vying for the top spot.

Both candidates have impressive resumes and big visions for what they would like to do if elected.

In August, Mannis finished with 36.64% of the vote, in unofficial but complete results. It was a tight race for second place, with Kincannon eventually finishing with 29.13% over Marshall Stair, who came in third with 26.98%.

It is expected to be one of the closest contests.

Vying for the District 5 seat, which covers North Knoxville, are Charles Al-Bawi and Charles Thomas.

At-large races are open to all city of Knoxville voters.

For the primary, only District 5 voters could take part in that race. In the regular Nov. 5 election, all city of Knoxville voters will have a chance to vote.

No matter what the results are in November, for the first time ever in Knoxville, the next city council will have a majority of women.

There are already four women on the council: Gwen McKenzie, Lauren Rider, Seema Singh and Stephanie Welch. The winner of the At-Large Seat C race will make five. There could be up to seven if the other women in the races for seats A and B win.

Looking back 20 years ago, in 1999, there were only two women on the council. This shows a rise in diversity of political leadership in Knoxville. It's also part of a national trend of a rise in women are running for office.