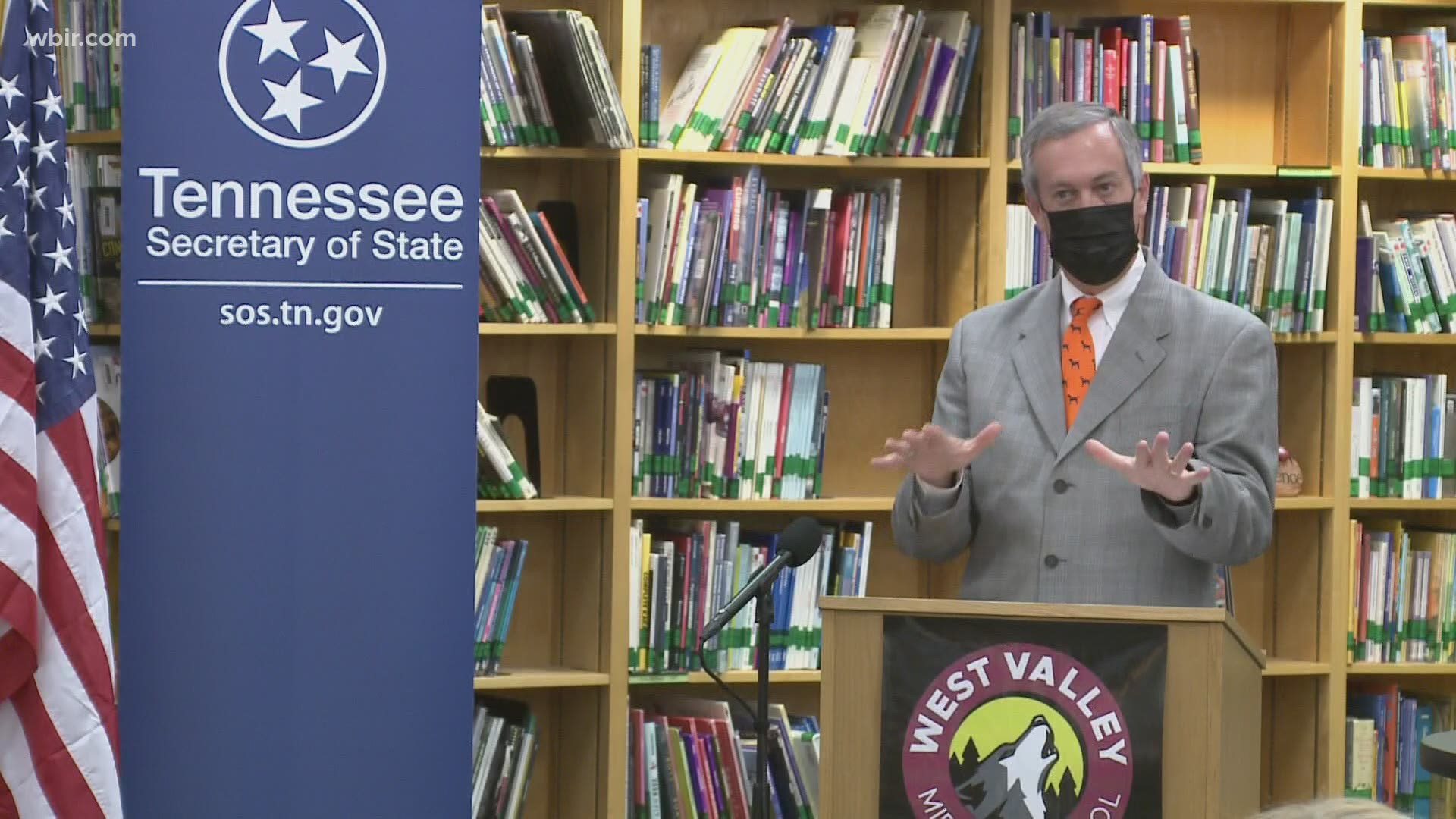 Tennessee kids would unanimously re-elect President Trump if they were old enough to vote.

This year 37,014 students representing 262 schools cast their ballots for President and U.S. Senate in the 2020 Student Mock Election.

"We hope students and teachers both enjoyed participating in this year’s student mock election. Our goal is to get students in the habit of voting and being civically engaged,” said Secretary of State Tre Hargett.

While their ballots don't actually count in those important races, it's a valuable lesson for students to learn at an early age.

"Being involved in the democratic process is essential for our nation, and mock elections are an important learning tool that provides Tennessee students with a real-world experience in voting," said State Sen. Becky Massey. "I hope that these students use this experience to become more involved in their community and to develop the habit of becoming lifelong voters."

“Our students had tremendous excitement and energy as they cast their ballot and let their voices be heard,” said State Rep. Jason Zachary. “These types of events are critical because they drive home the importance of election participation for Tennessee’s next generation of leaders.

The message really sunk in for these eighth-graders at West Valley.

Avery Hopson agreed. "Every single vote counts, like, it decides like who’s going to run and what kind of laws or rules there’s going to be. “

The Secretary of State’s office first introduced the Student Mock Election during the 2016 presidential election.