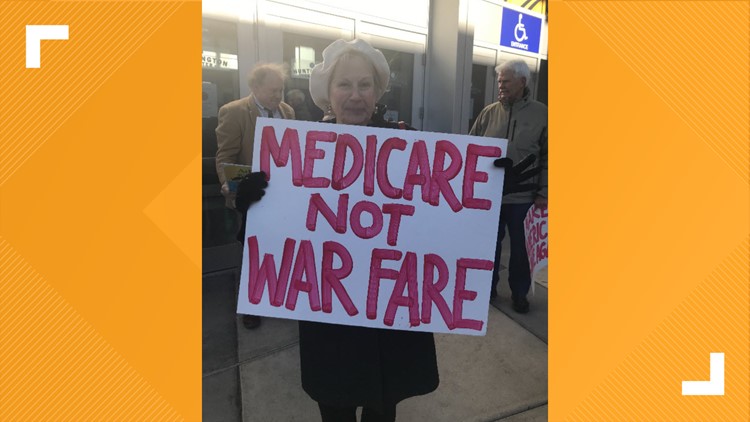 Plenty of protest planned in Toledo ahead of Trump visit

RELATED: Everything you need to know about President Trump's visit to Toledo

The Ohio Democrats will be gathering at 10 a.m. at Promenade Park to protest the president and what they call his "broken promises" on jobs, trade and health care.

"We spend more on our military and making war and not enough resources on healthcare and social programs. That needs to stop," said Nancy Larson for Ohio Representatives District 47.

Then from 3:30 p.m. to 8 p.m., the Lucas County Democrats will be holding a demonstration of their own in front of their headquarters on Madison Ave.

An hour after the Lucas County Democrats' protest begins, a protest of the president and vice president's visit will happen outside of the Main Library at 4:30 p.m. to march over to the Huntington Center.

This protest will be led by attorney Terry Lodge and activist Julian Mack.

"We want to resist hate and to create peace, love and goodwill towards men worldwide," said Mack.