The newly elected representative made a plea for stronger immigration laws that he said could have prevented Corcoran's death. 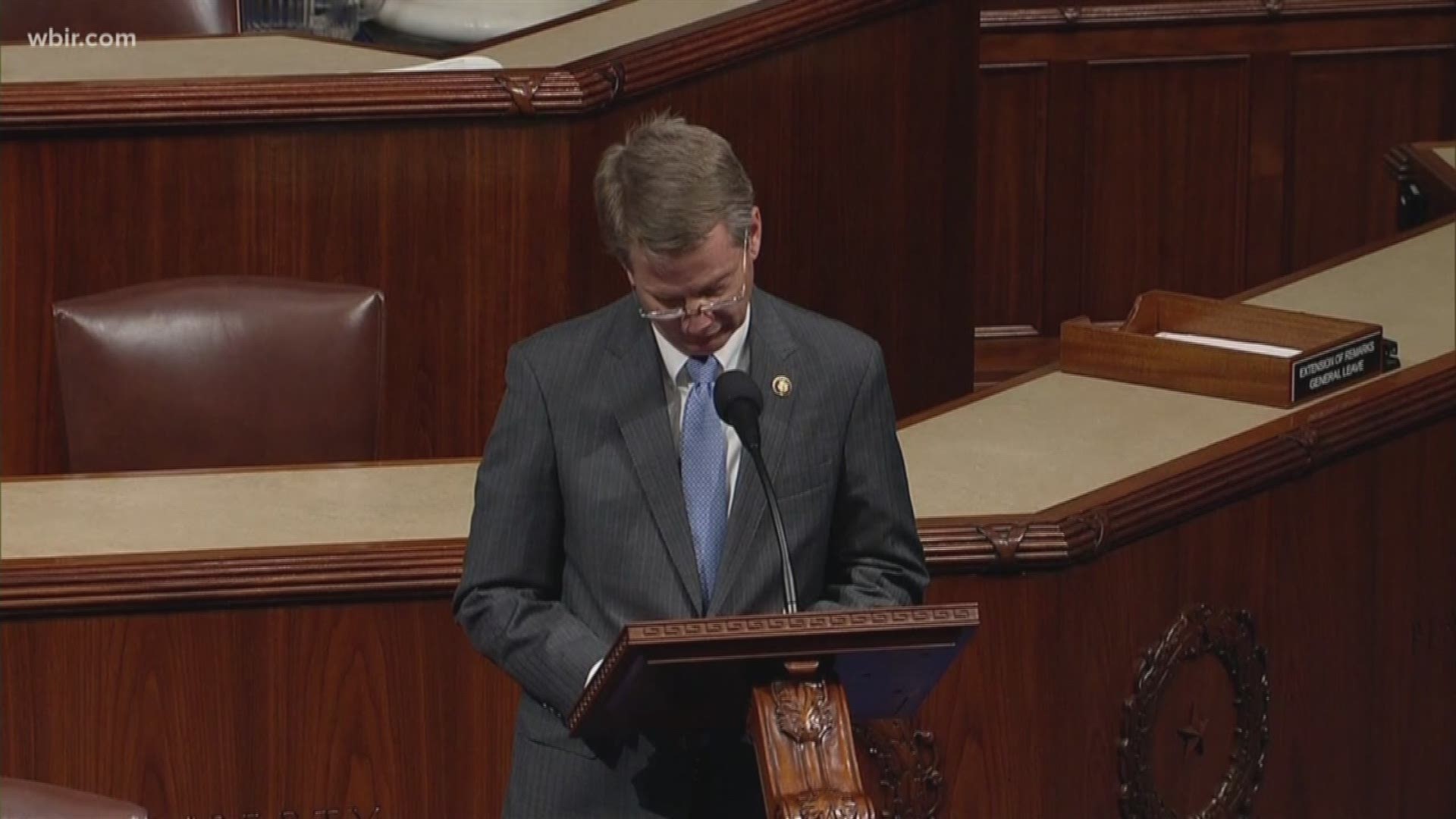 WASHINGTON — Rep. Tim Burchett took to the House floor Wednesday to weigh in on immigration reform -- saying stronger laws could have prevented the death of Pierce Corcoran.

The 22-year-old died in a wreck on Chapman Highway on Dec. 29th, and the man suspected of causing the wreck is being held in the custody of Immigration and Customs Enforcement.

"With stronger laws and border security, the tragedies like the one in my home district could, can and should be avoided, and families like Pierce's might be saved from such a heartbreaking situation," Burchett said.

Burchett went on to say that Pierce was an 'incredible, hard-working young man' who will be deeply missed.

The congressman's sentiments echo those of Pierce's parents D.J. and Wendy, who recently appeared on Fox News' 'Hannity' to talk about their son and immigration reform.