The move follows protests and outrage by Byrd's critics after three women accused the Waynesboro lawmaker of sexual misconduct when they were high school students. 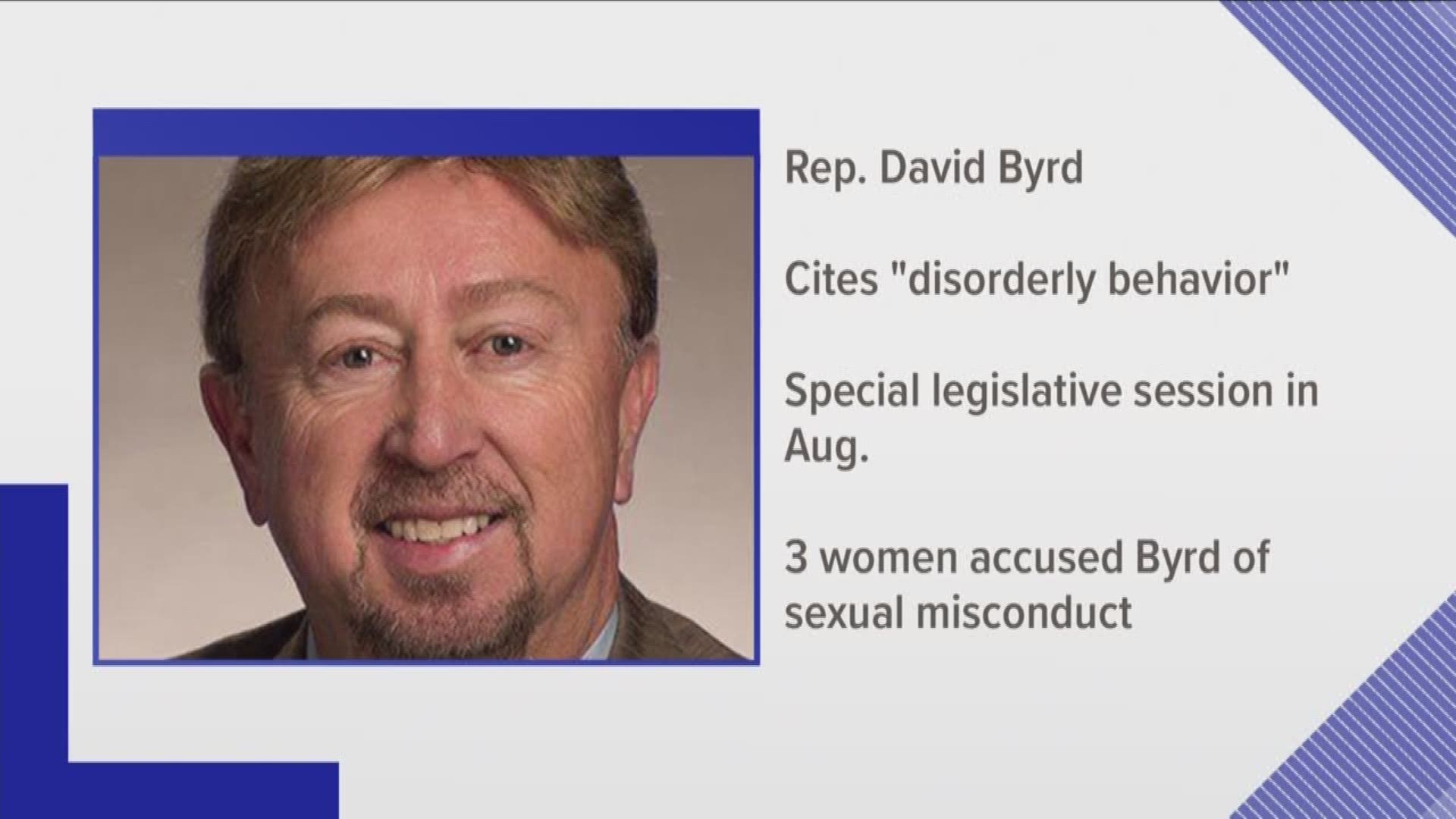 Tennessee Representative Gloria Johnson (D-Knoxville)has filed a resolution to expel Rep. David Byrd (R-Waynesboro) from the General Assembly more than a year after three women came forward accusing him of sexually assaulting them when they were high school students.

Johnson said she hopes the resolution will be heard at the upcoming special legislative session on Aug. 23.

In March 2018, three women accused Byrd of sexually assaulting them back in the 1980s when he was coached basketball at Wayne County High School.

In a secretly recorded 18-minute conversation obtained by WSMV in Nashville, the state representative apologized to one of his accusers.

Byrd had been removed from his position as chairman of an education subcommittee during the most recent legislative session. After meeting with one of the accusers, Gov. Bill Lee recently said he agreed with the decision.

Johnson spoke with 10News on Friday about her intentions to have Byrd removed from the legislature, saying she hopes other lawmakers will 'quit making political calculations and do the right thing.'

"If they believe the victims and they believe there shouldn't be a statue of limitations on people who assault children, then I think it's time we did something in the legislature about expelling Rep. Byrd, because that's what the people in my district are calling for and people in the state," she said.

Byrd announced in 2018 that he would still be seeking re-election.

"Do they have the political courage to make the right vote? My Tennessee values say that child molesters should not be leading our state," Johnson said. "So someone who is credibly accused, admittedly apologized for something, won't answer what they are apologizing for... that's too much of a cloud in our legislature."

Gov. Bill Lee called for the upcoming special session to vote on a replacement for embattled House Speaker Glen Casada.