We could have sworn the breed was already the state dog. Well, it always was in our hearts, at least! 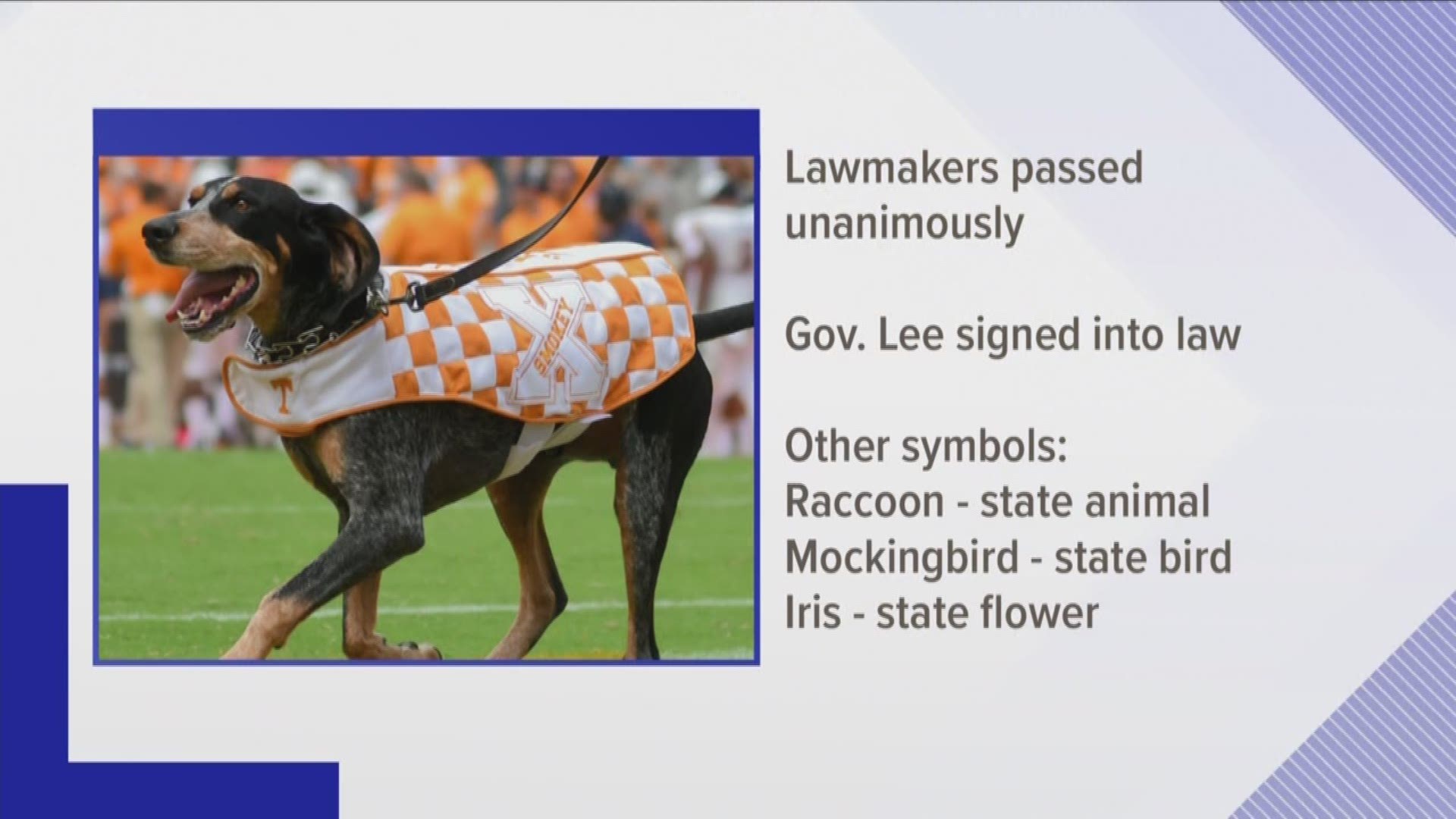 Tennessee has an official state dog, and the breed will come as no surprise to anyone living in the Volunteer State.

Governor Bill Lee signed a bill into law Wednesday that officially makes the Bluetick Coonhound the state dog of Tennessee.

It turns out, Smokey X and his predecessors have been such good boys over the years that no one could possibly vote against the bill! It passed unanimously in both the House and Senate.

The bill was introduced back in February by Nashville Representative Bill Beck and Maryville Senator Art Swann, and signed into law by Gov. Lee on March 20.

Tennessee joins at least 13 other states in the U.S. who've officially designated a state dog. Georgia's heartwarming pick comes in at a close second to the Bluetick: Their state dog is simply 'adoptable dog.'