Commissioner Clifford Bryant argued that property taxes were "Marxist ideas" and that commissioners held personal vendettas against him. 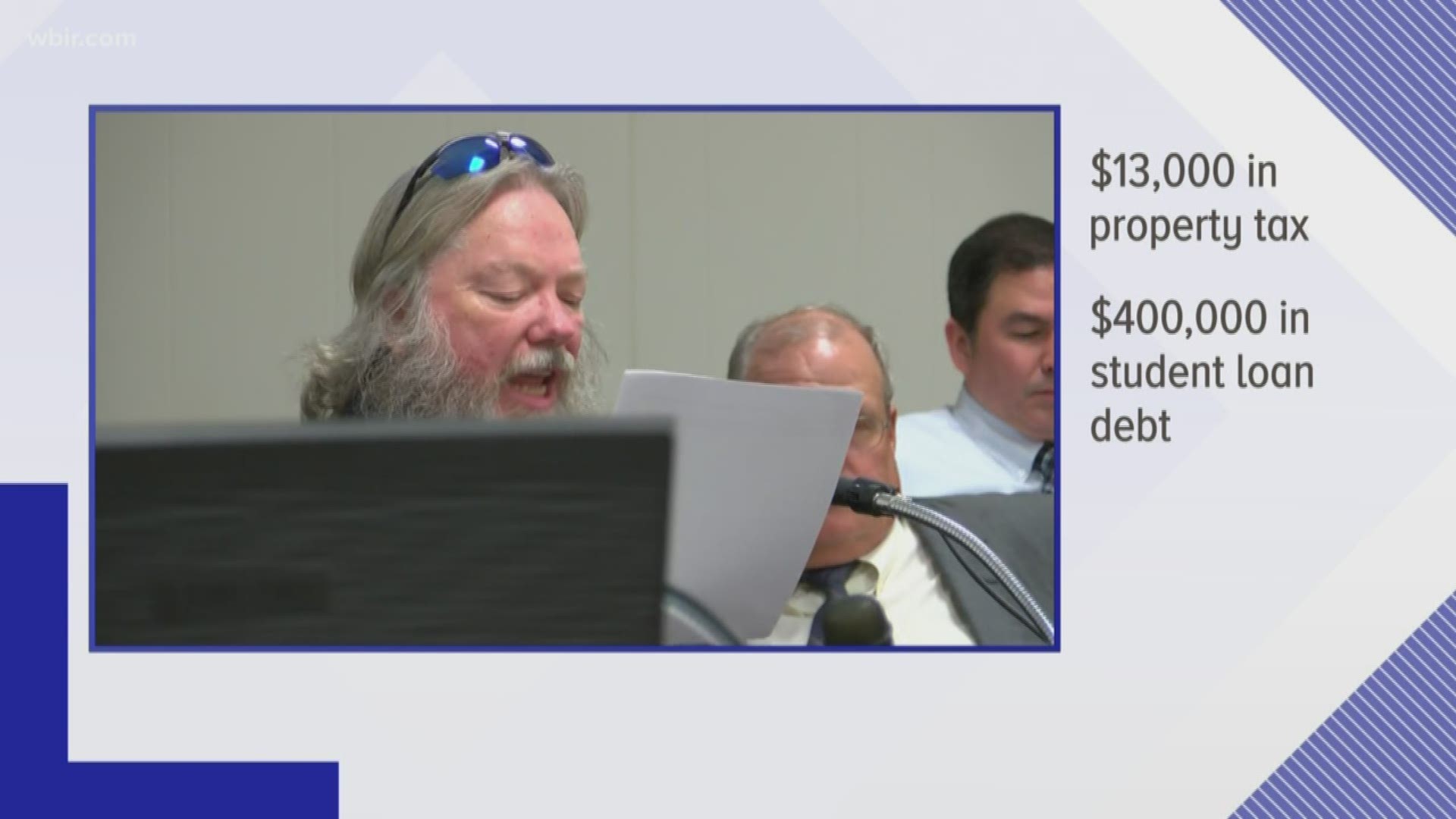 In a 15-3 vote with Bryant abstaining, commissioners voted in favor of the resolution condemning Bryant and asking the mayor to remove him from county committees.

Bryant claimed the censure was based on "socialist, Marxist ideas" and personal vendettas, arguing taxes against personal property shouldn't exist.

“This is just another example of socialist, Marxist ideas that the business owners and property owners should foot the bill for all the rest,” Bryant said. “I have remained relatively silent on these issues for some time and have not responded to interview requests from several media outlets, mainly because it’s not anybody else’s business."

Other commissioners laughed during the speech as Bryant accused them of a personal vendetta against him.

“We’re dealing with you,” Commissioner Bill Dabbs said. “Did you do what this document says you did? I personally believe that you did.”

Documents presented to the commission showed Bryant was issued a judgement in federal court for not paying student loan debts that now amount to nearly $400,000. They also showed more than $13,000 in personal property taxes Bryant owes on his businesses dating back to 2002. Commissioners questioned why the county hasn’t taken Bryant’s property.

“We’ve never done that for anybody, not just Dr. Bryant,” tax attorney Bill Nunnally said. “That aggressive step, to my knowledge, has never been taken.”