A bill allowing the city and county to use sales tax revenue from around the proposed stadium, and in the stadium itself, is crucial to bring that venue downtown. 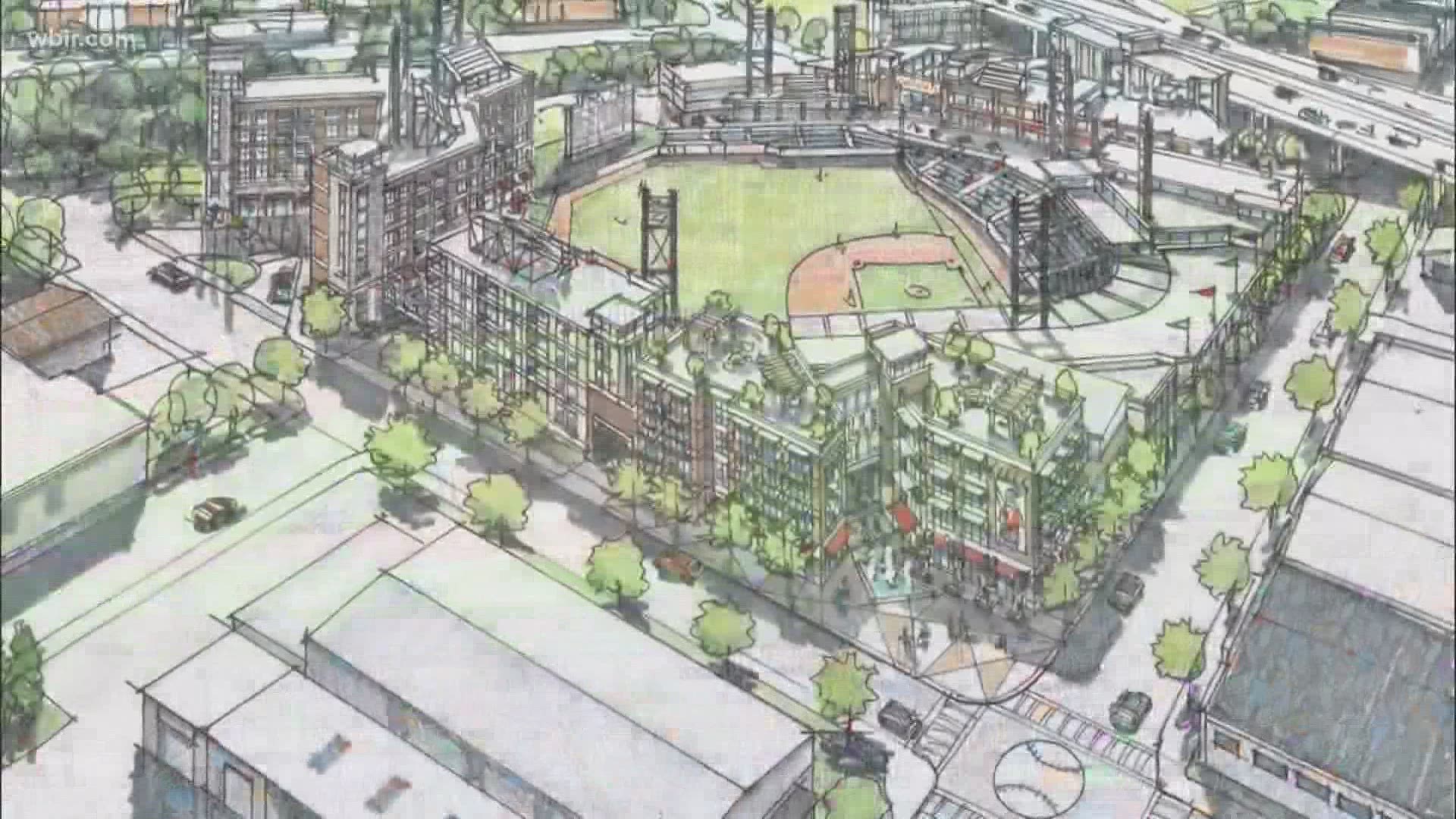 KNOXVILLE, Tenn. — Supporters of a new baseball stadium in downtown Knoxville are pitching a plan to state lawmakers that could take it from a dream to the real thing.

The bill asks to take sales tax from businesses that would be developed in a quarter-mile radius around the stadium and use it to exclusively pay off the bond for the venue.

City and county leaders have made clear that this bill is crucial for building that stadium.

"The package that we have come up with, I think it's something that could really be seen as a standard for how facilities like this are built in the future," said Knox County Mayor Glenn Jacobs.

He, as well as other team members from Knoxville, testified to the Senate Finance, Ways and Means Committee in Nashville on Tuesday.

"This is one of the biggest projects that will make a significant economic impact to Knoxville that I've seen in my lifetime," said Senator Becky Duncan Massey of Knoxville, who filed the Senate bill.

Developers and officials said that the stadium would create 3,000 new jobs and more than $100 million in revenue. Before those promises can be fulfilled though, they said that the bill needs to pass.

Currently, most sales tax earned in Knox County goes back to the state. This bill would capture the sales tax in this specific zone around the stadium, and use it to directly pay off the $65 million bond issued for the costs of building the stadium.

"After the debt is paid on the stadium, our sales tax revenues shall revert to the local and state entities as usual," said Massey.

That may take 30 years, but supporters said the project is going to grow the size of the economic pie downtown.

However, critics in the state Senate are leery of that logic, suggesting the pie will stay roughly the same and the stadium will simply pull a bigger piece of the tax dollars away from other businesses outside the stadium zone — costing the state money.

"You're not really getting any new dollars, you're simply transferring dollars from one area of your city to another area of your city," said Senator Bo Watson, Chair of the Senate Finance Committee. "If the state is collecting sales tax in this other area of the city and now those people are now just transferring to another part of the city, well, now the state is actually losing tax dollars."

He argued that people who usually dine on Market Square, where taxes go to the state, will now dine near the stadium. If they go to restaurants around the new stadium, the taxes will stay in Knox County.

Watson brought up the same argument for any future residents of condos and apartments planned for the one-quarter mile capture area — that any new sales tax earned from those residents would stay in the stadium zone.

Jacobs and Massey disagreed, with Massey telling Watson she doesn't just stay within a quarter-mile of her house.

Watson wants to make sure this investment impacts the whole state, not just Knoxville.

"People will come not only for this, but hopefully come and do some other things in the county," said Jacobs.

More discussion will take place in another Senate Finance Committee meeting next week, possibly transforming a demolition zone into a new baseball stadium