The call comes a day after more than a dozen Metro Council members signed onto legislation urging Mayor John Cooper to ask for Anderson's resignation. 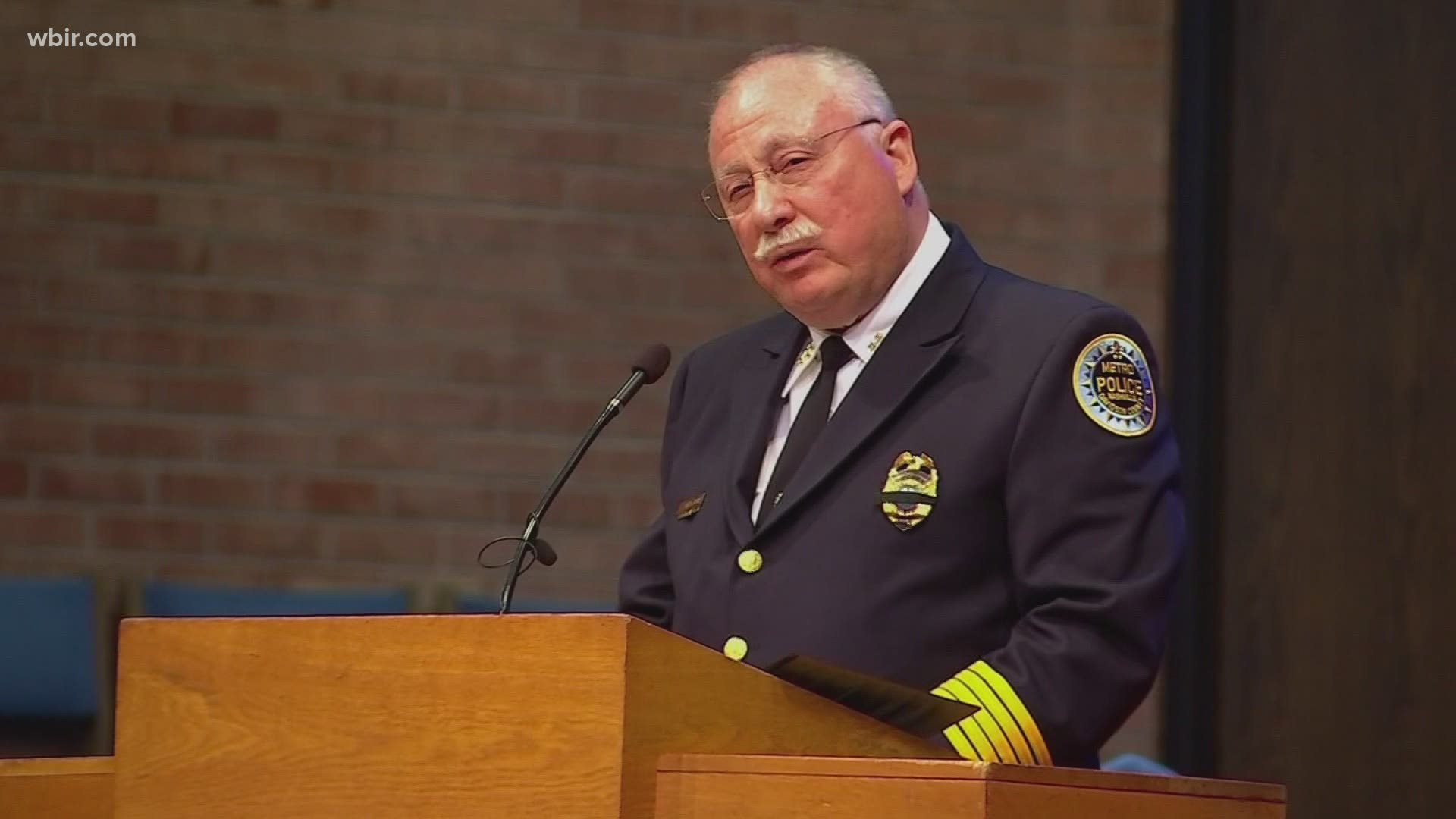 The call comes a day after more than a dozen Metro Council members signed onto legislation urging Mayor John Cooper to ask for Anderson's resignation. Anderson has been chief since former Mayor Karl Dean appointed him to the position in 2010.

In a news release, the ACLU-TN said their request comes at least partly due to the recent protests in Nashville, which drew crowds in the tens of thousands. They said that the protests reflect Nashvillians' low level of trust in the Metro Nashville Police Department.

"Chief Anderson’s approach to policing raises serious concerns about his willingness to examine structural racism and participate in the conversation that is required to reimagine policing and public safety in Nashville," the news release said.

"ACLU-TN is committed to reimagining police culture, to justice, and to ensuring equal protection and treatment for all Metro Nashville residents, especially those communities that have been historically over-policed," the ACLU release also said. "For these reasons, ACLU-TN is compelled to request the resignation of Police Chief Steve Anderson."

A Nashville news station, WSMV, reached out to Mayor Cooper's office for a response. The Mayor issued a response, though he did not directly mention Chief Anderson:

ACLU-TN points to Anderson's "dismissal" of the Driving While Black report from Gideon's Army, a local grassroots organization, that found black motorists in Nashville are stopped at a disproportionately high rate.

That study, and Anderson's response to its findings, was also included in the Metro Council resolution. The Council members said Anderson never "meaningfully addressed" the report.

Similar to the Council resolution, ACLU-TN highlights Anderson's relationship with Nashville's Community Oversight Board, saying the department "refuses to collaborate with the COB."

MNPD sent out a statement in response to ACLU-TN's announcement. In it, they said that the department historically had an open dialogue with the ACLU on several issues, but the ACLU did not reach out to MNPD for information on the issues in their release.

Police said they instituted a policy for working with the Community Oversight Board before signing a Memorandum of Understanding. They also said they have specific people in place to work with the COB.

The department said that an independent Vanderbilt University poll released last month showed the department had an 86 percent approval rating, and that a Nashville Power Poll showed 85 percent of respondents thought police conducted themselves appropriately during the May 30 demonstration.

"The ACLU advocates divesting of the police department’s budget, which is more than 90% personnel-related," MNPD's release said. "Nashville is already more than 100 officers below full staffing."

Police also said they support implementing body cameras, and that they're working to equip officers with them.